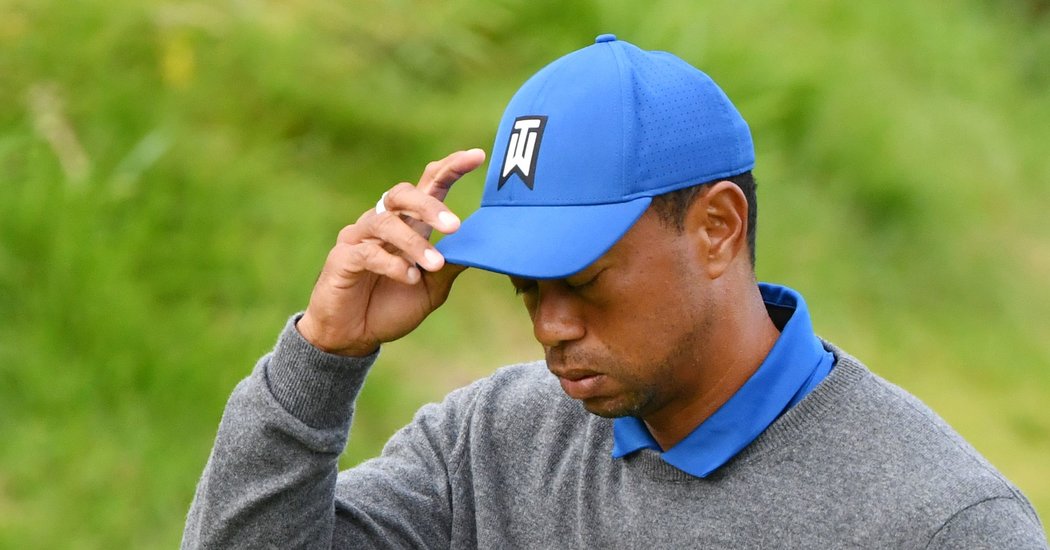 PORTRUSH, Northern Ireland — It had been a rough start for Tiger Woods at this British Open, and as he was putting on the eighth hole for what might have been his first birdie on Thursday, a rainbow appeared over the Atlantic Ocean.

Woods squinted at the line of the 30-foot putt, wiped the blade of his putter, addressed the ball and missed.

Sometimes a rainbow is just a rainbow.

“I didn’t do much out there today,” Woods said later. “I hit a lot of missed shots, they were all left. Wasn’t hitting it solid. Everything was off the heel. Just trying to scrape it around.”

The best he could manage was a seven-over-par 78 in the opening round at Royal Portrush, which was also the first British Open round in Northern Ireland since Portrush hosted the event in 1951.

Woods has long been a fan of Northern Ireland’s great courses and of the decision to return to a part of the world where golf is both mainstream and affordable to the general public.

But as much as Woods wanted to honor the occasion and generate the same kind of communion with the public that he did while winning the Masters in April, his 43-year-old body and Portrush’s unforgiving layout would not allow it.

Woods had six bogeys, one double bogey and just one birdie, which came late in the round on the 15th hole and which he celebrated a bit facetiously by raising both arms. Woods appeared to be moving gingerly from the start on Thursday, and he confirmed that he was struggling physically after his highest-scoring round of the season by far.

Woods had spinal fusion surgery in 2017 after a series of other operations to address disk problems. 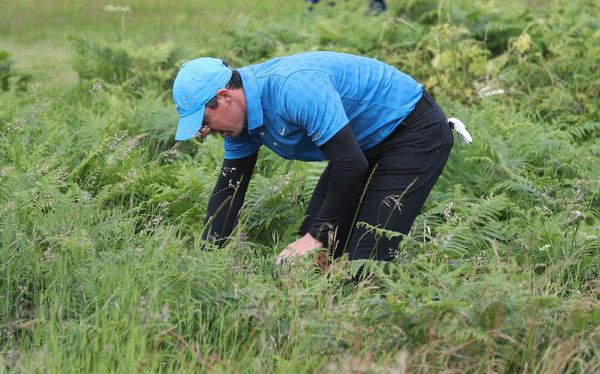 “I’m sore,” he said. “Just the way it is. Just Father Time and some procedures I’ve had over the time, just the way it’s going to be. One of the reasons why I’m playing less tournaments this year is that I can hopefully prolong my career and be out here for a little bit longer.”

This is only Woods’s fourth event since his emotional victory at the Masters, his first major win in nearly 11 years.

He missed the cut at the P.G.A. Championship, finished in a tie for ninth at the Memorial Tournament and then tied for 21st at the United States Open.

He appears well on his way to missing another cut here, a year after making an inspired run at the British Open at Carnoustie. Woods ended up in a tie for sixth then, which must have seemed like a distant memory as he headed off for treatment after the difficult round at Portrush.

“That’s about all I can do, and hopefully the body responds,” said Woods, whose worst British Open round came in his prime — a 10-over 81 at Muirfield in 2002. “I’m going to have days like this and have got to fight through it. And I fought through it.”

He was hardly alone in struggling through the cool, blustery and often rainy conditions. Certain players thrived, including J.B. Holmes, a long-driving American who was also a straight-driving and fine-putting American on Thursday. He took the first-round lead with a five-under 66, a stroke ahead of Shane Lowry of Ireland.

But Woods and the other sentimental favorites generally failed to give the crowd at Portrush what it craved.

Rory McIlroy, Northern Ireland’s most prominent golfer and a four-time major champion, set the course record of 61 on the former layout at Portrush when he was just 16 years old.

He had been striving to peak for this tournament, but immediately put himself in a huge deficit, hitting out of bounds on the first hole and finishing it with a quadruple bogey. After composing himself and playing solid golf for the next 14 holes, McIlroy then double-bogeyed the par-3 16th after missing a tap-in putt for bogey.

He then triple-bogeyed the 18th to finish his round of 79 much the way he had started it.

“The one that I’m disappointed about most is the little short putt on 16; that was inexcusable,” said McIlroy, who is No. 3 in the world rankings. “Tee shots like the first happen. You can get one riding on the wind a little too much. That’s fine. But lapses of concentration like that, I feel like I’ve done a really good job over the last few years of being more with it and realizing, ‘O.K., just keep a cool head,’ and there I didn’t. I sort of hit it on the run and missed it.”

Graeme McDowell, a Portrush native and the 2010 United States Open champion, also received a huge roar when he teed off in the morning. He went two under on the front nine and was still two under with two holes to play but bogeyed the 17th and then hit a drive into the rough on the 18th. Despite a frantic search, he could not find his ball until several seconds after the time limit had expired.

McDowell had to return to the 18th tee in a cart, with his head in his hands for part of the journey, to hit another drive. He ended up with a triple-bogey 7 and a two-over-par round of 73.

“It’s a cruel sport,” McDowell said. “I got on the first tee this morning and literally had a tear in my eye, and then I had a tear on my eye on the last hole there for a different reason.”

McDowell and McIlroy were two of the Northern Irish golfers whose major success and lobbying helped convince the British Open organizers that the time was finally right to return to Portrush. Darren Clarke, the 2011 Open champion, was another, and he fared better on Thursday after being given the honor of hitting the opening tee shot at 6:35 a.m. He was three under par on the first five holes and finished with an even-par 71.

Clarke, 50, said that the moment was even more emotional than he had expected, and that he, like McIlroy earlier in the week, was struck by how far Northern Ireland had come since the deadly political conflict known as “the Troubles” that began in the late 1960s and was stemmed by a peace agreement in 1998.

“I think Rory summed it up perfectly: The Open wasn’t about him, it was about how far our country has come, how far it has moved forward,” Clarke said.

The British Open is the most significant global sporting event to be staged in Northern Ireland, but it appears nearly certain that golf’s biggest global star will not be winning it.

“If I am at home and have school pick up and soccer practices, I’m a lot more sore than I am now,” said Woods, a father of two children. “But playing at this elite level is a completely different deal. You’ve got to be spot-on. These guys are too good. There are too many guys that are playing well, and I’m just not one of them.” 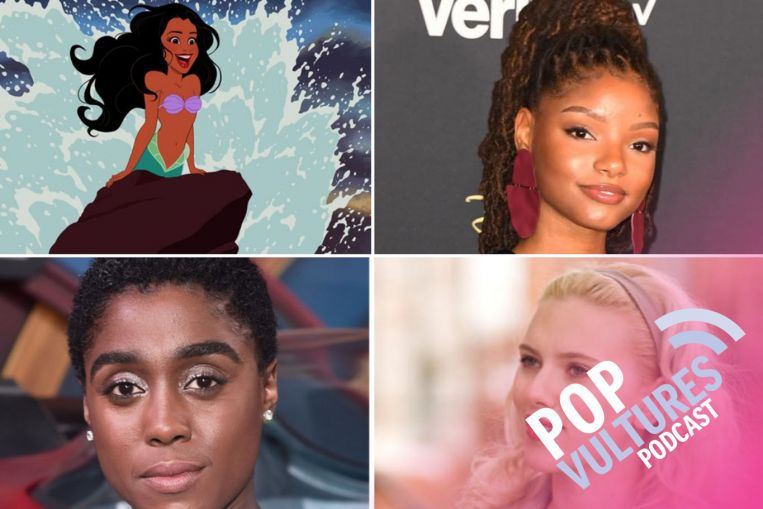 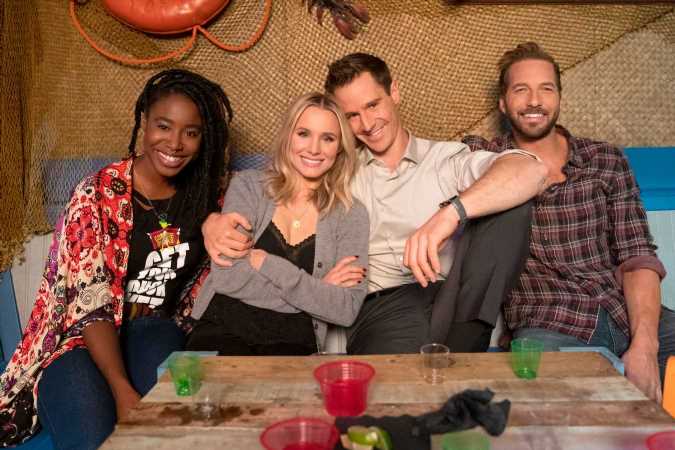