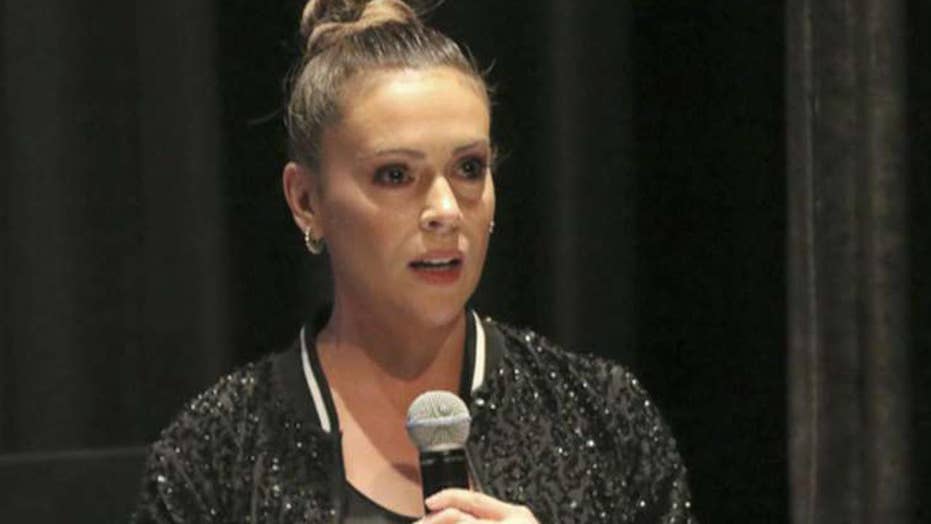 Actress and liberal activist Alyssa Milano tweeted that she’s “feeling hopeless” thanks to perceived inaction by the Republican Party on key issues.

The star, who has ramped up her political activism in recent years, typically tweets about political issues including the Trump administration, abortion, racism, immigration and gun violence. On Monday she posted a note warning her followers that the current political climate is taking its toll on her.

“I keep getting DM’s asking me if I’m ok,” she wrote. “Truth is…I’m feeling hopeless.”

And the Republican Party is not standing up to the tyranny.

The tweet comes shortly after a gunman opened fire at the Gilroy Garlic Festival in Northern California Sunday night, killing three people and injuring several others. Although she didn’t specify, the shooting was the bulk of what she was tweeting about in the day prior to revealing that people were messaging her with concern.

ALYSSA MILANO SLAMS 'HAS BEEN' JON VOIGHT OVER SUPPORT OF PRESIDENT TRUMP: 'STAY IN YOUR LANE'

However, there’s no shortage of political issues that Milano finds herself engaging with that could be causing her stress. Most recently she prodded Republicans for their pro-life stance in the wake of the Trump administration’s decision to resume federal government executions for the first time since 2003. She previously took to Twitter to compare images of Vice President Mike Pence’s visit to detention centers at the southern border to those of infamous Holocaust architect Heinrich Himmler. In addition to being outspoken, she revealed she’s gearing up to show her support for Democratic candidates in the 2020 race.

She revealed she’ll attend a fundraiser for Marianne Williamson, but stressed that she’s not made an official choice for her nominee and plans to support several candidates until “the choice is crystal clear."

Fortunately, the star's message of hopelessness doesn't seem all bad as she quickly followed it with a funny gif from "The Simpsons" calling for a supportive group hug.