“Facebook executives have made clear their intent is to collect as much data as possible,” Apple says in an open letter 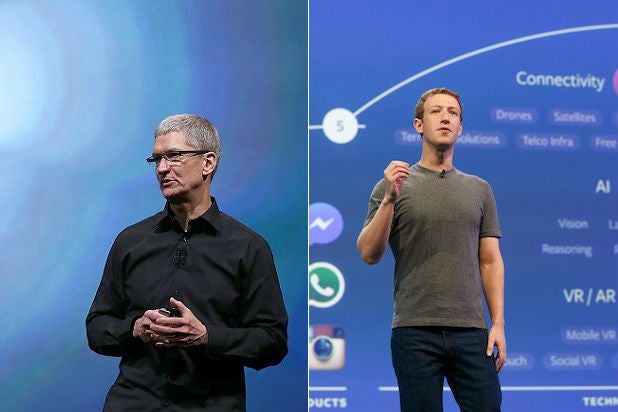 We’ve got a Big Tech fight on our hands, with Apple and Facebook trading barbs over each company’s data collection practices.

Apple kicked off the war of words on Thursday with an open letter to nonprofit organizations like the Electronic Frontier Foundation and Human Rights Watch. Apple ripped Facebook for taking a “very different approach” to how it handles data, criticizing the social network for selling user information to third parties.

“Facebook executives have made clear their intent is to collect as much data as possible across both first and third party products to develop and monetize detailed profiles of their users, and this disregard for user privacy continues to expand to include more of their products,” Apple senior director Jane Horvath said.

Apple, on the other hand, believes “privacy is a fundamental human right,” Horvath said, while adding the company still plans on rolling out a feature next year that requires developers to ask for permission when tracking user data across several apps and websites.

“The truth is Apple has expanded its business into advertising and through its upcoming iOS 14 changes is trying to move the free internet into paid apps and services where they profit,” Facebook said in a statement. “As a result, they are using their dominant market position to self-preference their own data collection while making it nearly impossible for their competitors to use the same data. They claim it’s about privacy, but it’s about profit.”

This isn’t the first time Apple and Facebook have gone at each other, either. Just a few months back, Facebook criticized Apple for its handling of the App Store, after Apple made Facebook remove several games from its Gaming app before approving it.

“Unfortunately, we had to remove gameplay functionality entirely in order to get Apple’s approval on the standalone Facebook Gaming app — meaning iOS users have an inferior experience to those using Android,” Facebook COO Sheryl Sandberg said in a statement to The Verge in August. “We’re staying focused on building communities for the more than 380 million people who play games on Facebook every month — whether Apple allows it in a standalone app or not.”

The latest Facebook-Apple beef comes as federal regulators are weighing an antitrust case against the social network. For more on that story, check out the latest episode of Tech Talk on Wrap Pro by clicking here.