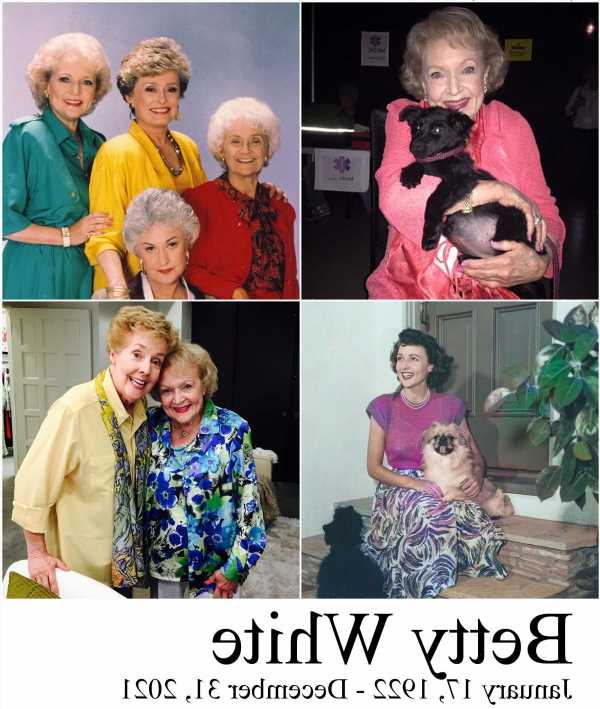 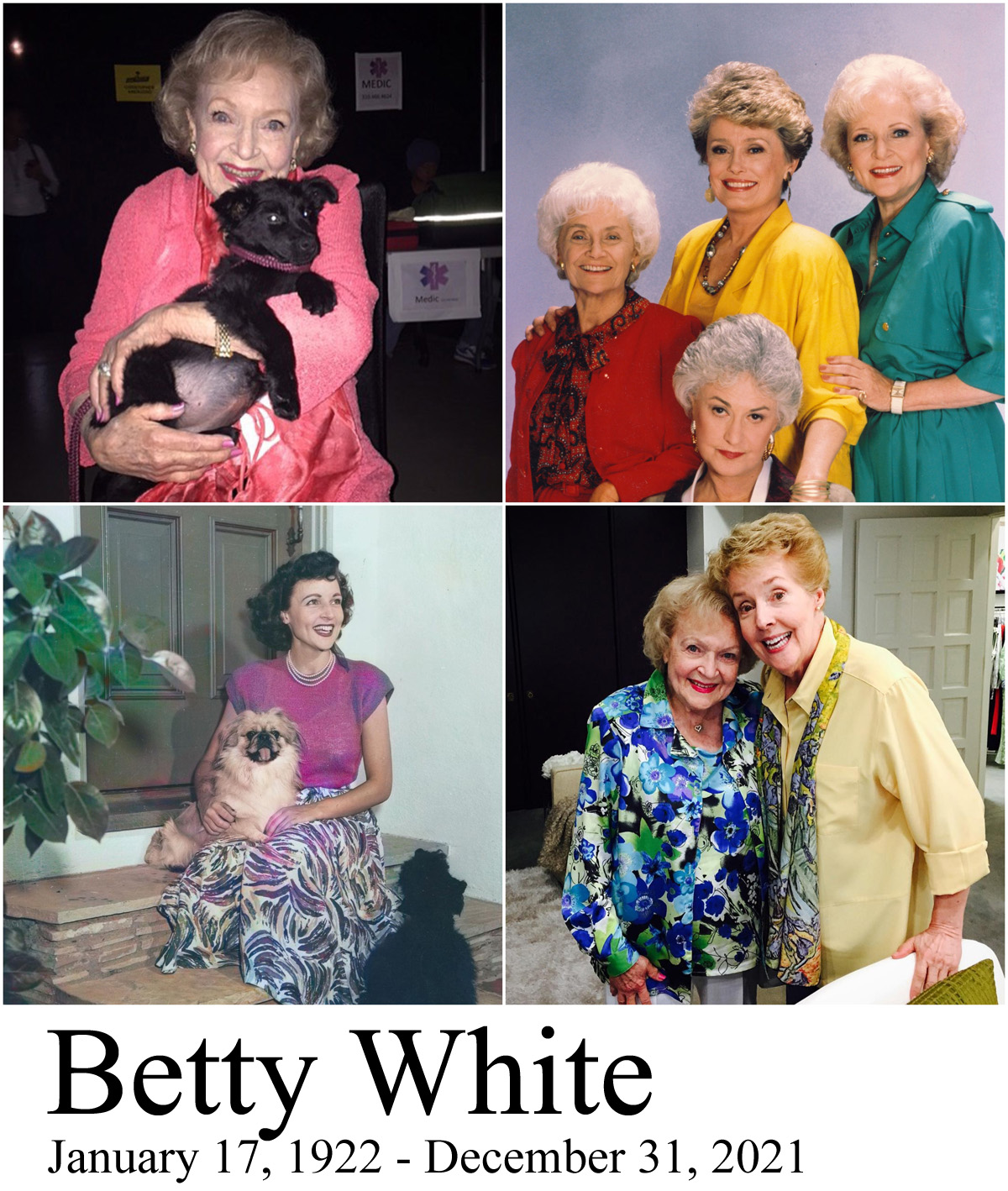 Beloved television icon, gifted comedian and animal advocate Betty White died yesterday, the last day of 2021, at the age of 99. Betty covers People Magazine’s last issue with the title “Betty at 100.” Sadly she never reached that age, nor did she get to host the movie about her life that will be shown for one night only in theaters on what would have been her 100th birthday, January 17th. Betty was a legend and was adored by fans and costars. She was kind, hardworking, genuine, caring and raucously funny. Betty was preceded in death by her husband of 18 years, Alan Ludden, who passed in 1981. She was the last of the Golden Girls and she will be sorely missed. Here is part of People Magazine’s writeup about her incredible life.

Betty White, TV’s perennial Golden Girl, has died. She was 99.

“Even though Betty was about to be 100, I thought she would live forever,” her agent and close friend Jeff Witjas told PEOPLE in a statement on Friday. “I will miss her terribly and so will the animal world that she loved so much. I don’t think Betty ever feared passing because she always wanted to be with her most beloved husband Allen Ludden. She believed she would be with him again.”

Witjas adds, “Betty died peacefully in her sleep at her home early this morning.”

White was gearing up to celebrate her 100th birthday on Jan. 17. Ahead of her centennial year, in a cover story, White opened up to PEOPLE about how she was feeling about turning 100 years old.

“I’m so lucky to be in such good health and feel so good at this age,” said the veteran actress. “It’s amazing.”

According to White, being “born a cockeyed optimist” was the key to her upbeat nature. “I got it from my mom, and that never changed,” she said. “I always find the positive.”

Of course, the iconic actress also cracked a joke about the secret to her long life, telling PEOPLE: “I try to avoid anything green. I think it’s working.”

“We are deeply saddened by the news of Betty White’s passing,” said PEOPLE editor-in-chief Dan Wakeford. “We are honored that she recently chose to work with PEOPLE to celebrate her extraordinary life and career.”

White was a warm and popular presence on the small screen, with a career that dated back to the early days of the medium and that spanned decades. Long before her hilarious turns on The Mary Tyler Moore Show in the ’70s and The Golden Girls in the ’80s, in 1952 she appeared in the I Love Lucy-like Life with Elizabeth, a show she also produced.

In 2010, at age 87, she enjoyed an awards-laden resurgence, when, after starring on a Snickers commercial during the Super Bowl, polls and petitions overwhelmingly named her the public’s choice to host Saturday Night Live, emcee various awards shows and even be a sergeant’s date at a Marine Corps ball.

After that, she went on to star and steal scenes on the TV Land sitcom Hot in Cleveland, even scoring an Emmy nomination — her 17th, including seven wins. In May 2012 she also debuted on the NBC comedy reality show Betty White’s Off Their Rockers, a kind of geriatric Punk’d. As always, she proved a favorite. But her passion was always animal welfare; the dues for her fan club, Bet’s Pets, went to animal rescue charities, and she received many accolades for her work for animals.

“I’m the luckiest person in the world. My life is divided in absolute half: half animals, half show business,” White once told TV Guide. “I have to stay in show business to pay for my animal work!”

The 2018 documentary about Betty’s life, Betty White: First Lady of Television, is available on Netflix until January 11. I highly recommend it. Betty did live television at a time when there was no way to tape footage and she had to do the commercials too! Her 1954 live variety show, The Betty White Show, featured the first Black man on live variety television, dancer Arthur Duncan. Southern channels threatened to pull the show and Betty responded by giving Duncan more air time. She didn’t tell Duncan about it and her show was canceled in less than a year despite high ratings. He went on to work on The Lawrence Welk Show for 18 years and has since been inducted into the International Tap Dance Hall of Fame. Duncan is 88 and credits Betty for his long career.

As I was watching the documentary I was struck by how many of Betty’s dear friends have left us over the past few years including Georgia Engel, Tim Conway, Carl Reiner, Mary Tyler Moore and Valerie Harper. Many of them got to reunite and work together again on Hot in Cleveland, Betty’s TVLand sitcom which aired from 2010 to 2015. Betty loved working and she gave us decades of entertainment and laughter. Betty wanted to be remembered as a person who gave most of her life to animals. We will remember her for that and so much more. Thank you Betty for giving us so much joy. We love you and will miss you. 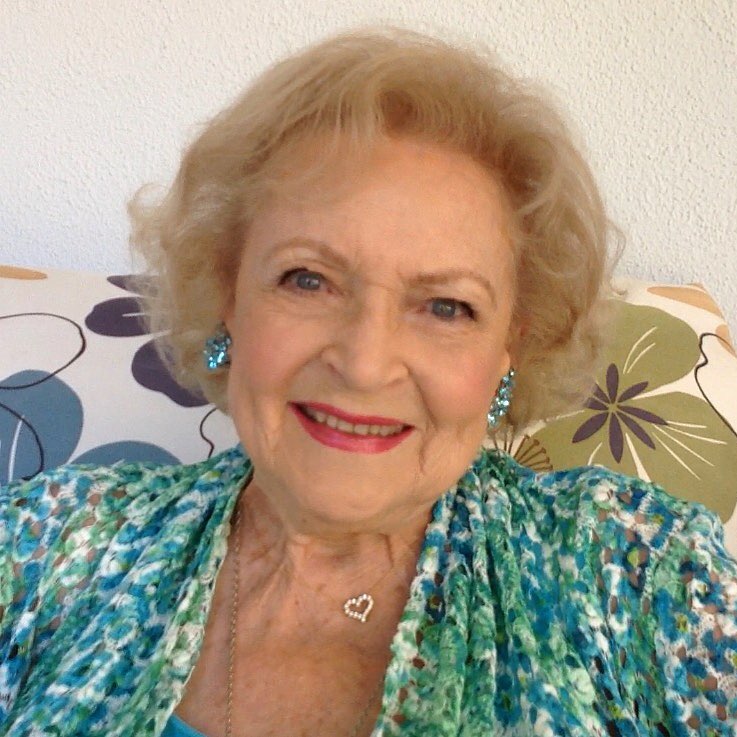 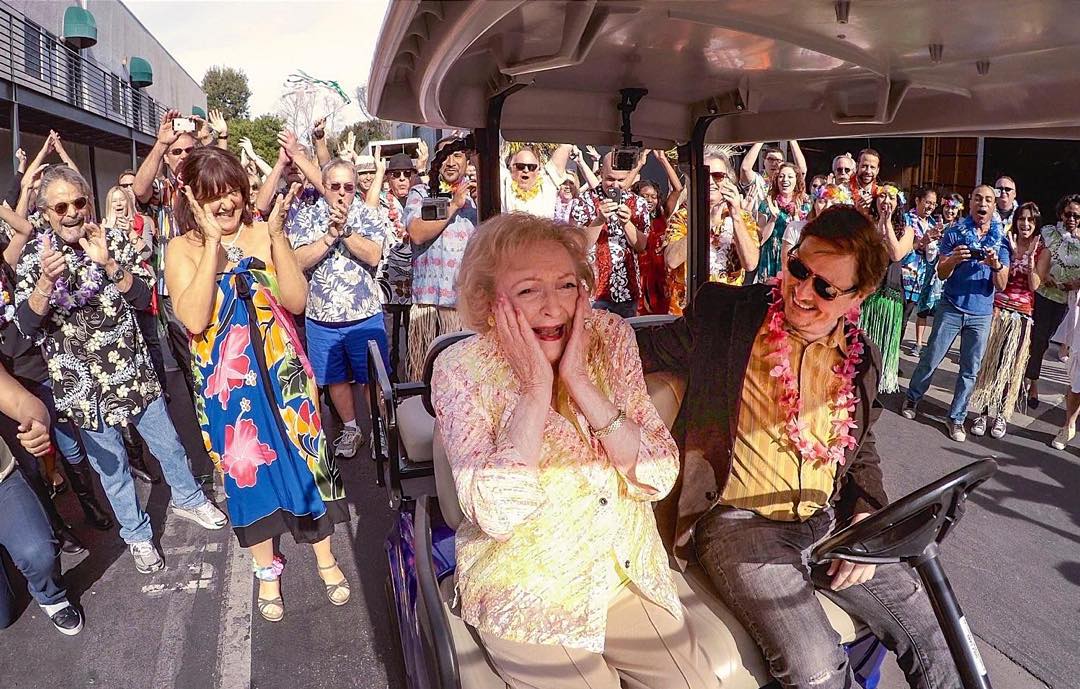 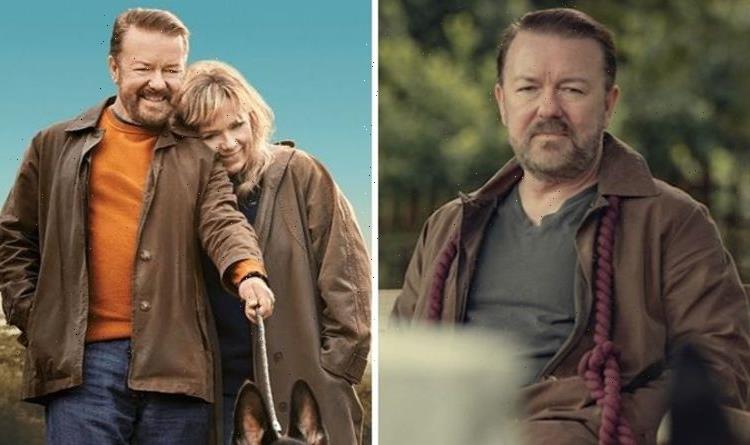