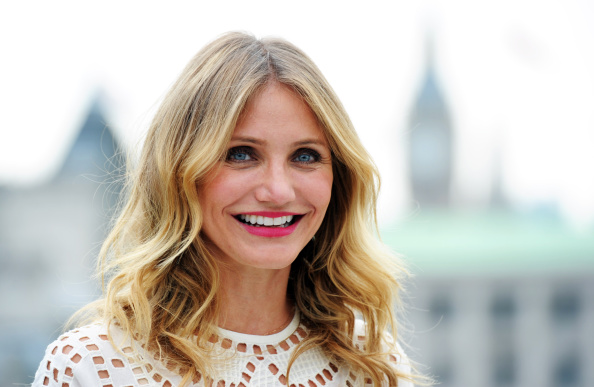 Cameron Diaz is not planning a return to Hollywood any time soon, as it would take her away from her daughter Raddix.

The 48-year-old was one of the highest grossing actresses in the US thanks to roles in films like The Mask, My Best Friend’s Wedding, Charlie’s Angels, Shrek and There’s Something About Mary.

However, since welcoming her daughter Raddix in December 2019 with husband Benji Madden, Cameron ‘can’t imagine’ returning to a movie set.

The actress appeared on the SiriusXM show Quarantined with Bruce to promote her new wine line, Avaline, and said that while she would never say never, she can’t see a return to movies while parenting her daughter.

The Holiday star said: ‘Avaline is the only day to day work that I’m doing other than being a wife and a mother, which has been the most… fulfilling part of my life so far.

‘I’m never going to say never about anything in life. Will I ever make a movie again? I’m not looking to, but will I? I don’t know. I have no idea.

‘Maybe, never say never, but I couldn’t imagine being a mom now where I’m at as a mother with my child at her first year to have to be on a movie set that takes 14 hours, 16 hours of my day away from my child.’

Cameron continued: ‘I personally feel like I wouldn’t have been the mom that I am now had I chosen to do that at any other time in my life. I feel for so many mothers who can’t, that have to go to work, you know, whatever they’re doing. I feel so much for them and for their children and for all of that, but it does really take a village.

‘I just feel so blessed that I get to be here now with my child and, you know, get to be the mother that I get to be. It’s such a blessing, it’s completely privileged, and I’m just really, really grateful.’

Cameron was in at least one film every year between her debut in 1994 and 2014, starring in comedies like What Happens In Vegas and dramas like Gangs of New York.

However, she hasn’t starred in a movie since she played Miss Hannigan in 2014’s Annie, and in 2018, she confirmed in a chat with Selma Blair and Christina Applegate that she was ‘actually retired’.

Speaking about her decision to retire on Gwyneth Paltrow’s health podcast, she said: ‘I got a peace in my soul, because I finally was taking care of myself.

‘It’s a strange thing to say, I know a lot of people won’t understand it, I know you understand it, but it’s so intense to work at that level and be that public and put yourself out there.

‘I stopped and really looked at my life. When you’re making a movie, they own you. You’re there for 12 hours a day for months on end, you have no time for anything else.

‘I really needed to know that I could take care of myself, that I knew how to be an adult.’

Cameron previously dated Justin Timberlake and Alex Rodriguez before she met Benji Madden through her friend Nicole Richie – who is married to the Good Charlotte star’s twin brother Joel.

The pair tied the knot in 2015, and welcomed their first child together in December 2019.

In a statement, Cameron confirmed that she and Benji would not be posting pictures of Raddix online, due to a ‘strong instinct to protect our little one’s privacy’.

Tags: Cameron, Diaz, Has, No, plans, R, to
Recent Posts