Cardi B had some harsh words for U.S. Rep. Glenn Grothman, R-Wis., after he criticized her “WAP” performance at the 2021 Grammy Awards.

The rapper slammed Grothman on Twitter for calling her performance with Grammy-winner Megan Thee Stallion “inconsistent with basic decency.”

“Wake up FCC and begin to do your job,” Grothman said during a speech on the House floor. “The moral decline of America is partly due to your utter complacency.”

In response, Cardi B tweeted on Thursday: “This gets me so mad ya don’t even know! I think we all been on the edge this week since we seen police brutality back to back including watching one of the biggest case in history go down DUE to police brutality but wait ! This is what state representative decide to talk about.”

The Grammy-winner questioned why Grothman’s focus wasn’t on the conviction this week of former Minneapolis police officer Derek Chauvin for the murder of George Floyd.

She also suggested in another tweet that Grothman should pay attention to his own state and shooting of Jacob Blake, a 29-year-old Black man who was shot and seriously injured by a White police officer in Kenosha. 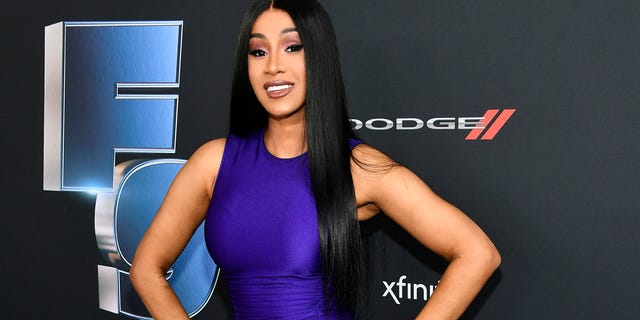 Cardi B had some harsh words for U.S. Rep. Glenn Grothman, R-Wis., after he criticized her ‘WAP’ performance at the 2021 Grammy Awards. (Photo by Frazer Harrison/Getty Images for Universal Pictures)

Cardi called on voters to stop “giving seats to F***** IDIOTS.” She said she wants voters to “elect better people cause you got these dum [sic] a**** representing states.”