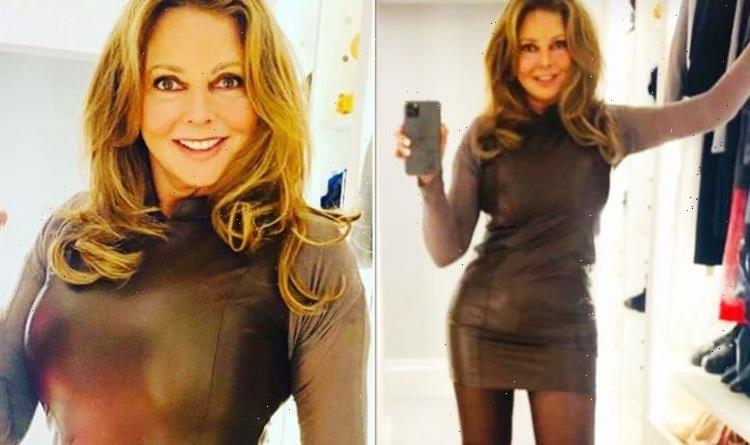 Former Countdown star Carol Vorderman has stunned in her latest set of Instagram snaps which see her put on a busty display in a leather mini-dress. After posting the jaw-dropping set of sultry pictures, the star, 60, revealed that she has ruled out marrying for a third time, while speaking on her BBC Radio Wales show this morning.

I’m not having anymore, just putting it out there

The mathematician left her 192,000 followers in awe as she showcased her leather-clad curves.

Sporting a voluminous hairdo and tight leather dress, Carol looked like she was ready to play the next Bond girl instead of heading to present her BBC Radio Wales show this morning.

Before leaving for the Cardiff-based studio, the mother-of-two thoughtfully documented her outfit of the day on Instagram, which stopped social media users in their tracks.

Posing in her walk-in wardrobe, the author donned a pair of thigh-high heeled boots which she’d paired with black tights to protect her legs from the cold.

However, it was the chocolate brown leather dress that gained the most attention.

The dress fit the 60-year-old’s body like a glove, hugging her in all the right places.

Not wanting to have cold arms, the star added a matching pair of brown sleeves which she wore over her dress.

Heading to the BBC studio in full glam, Carol blew-out her light brown locks into perfect curls, which sat softly against the leather dress.

She completed the look with glowing make-up which saw her lining her eyes in matching brown hues.

Following her sexy set of selfies, Carol headed into the BBC Radio Wales to present her show alongside Owain Wyn Evans.

Speaking about the subject of hobbies and pastimes, Carol confessed that she had some “uncool hobbies”.

“Guess what I used to collect when I was married,” Carol asked her co-host.

“I’m not going to say husbands,” Owain quipped, before bursting out laughing.

“I’ve only had two!” Carol exclaimed.

“I’m not having anymore, just putting it out there,” she clarified, as Owain fell about laughing.

Carol was married to Christopher Mather for a year before splitting in 1986.

She then tied the knot with Patrick King, who she went on to have children Katie and Cameron with, before going their separate ways in 2000 after 10 years of marriage. 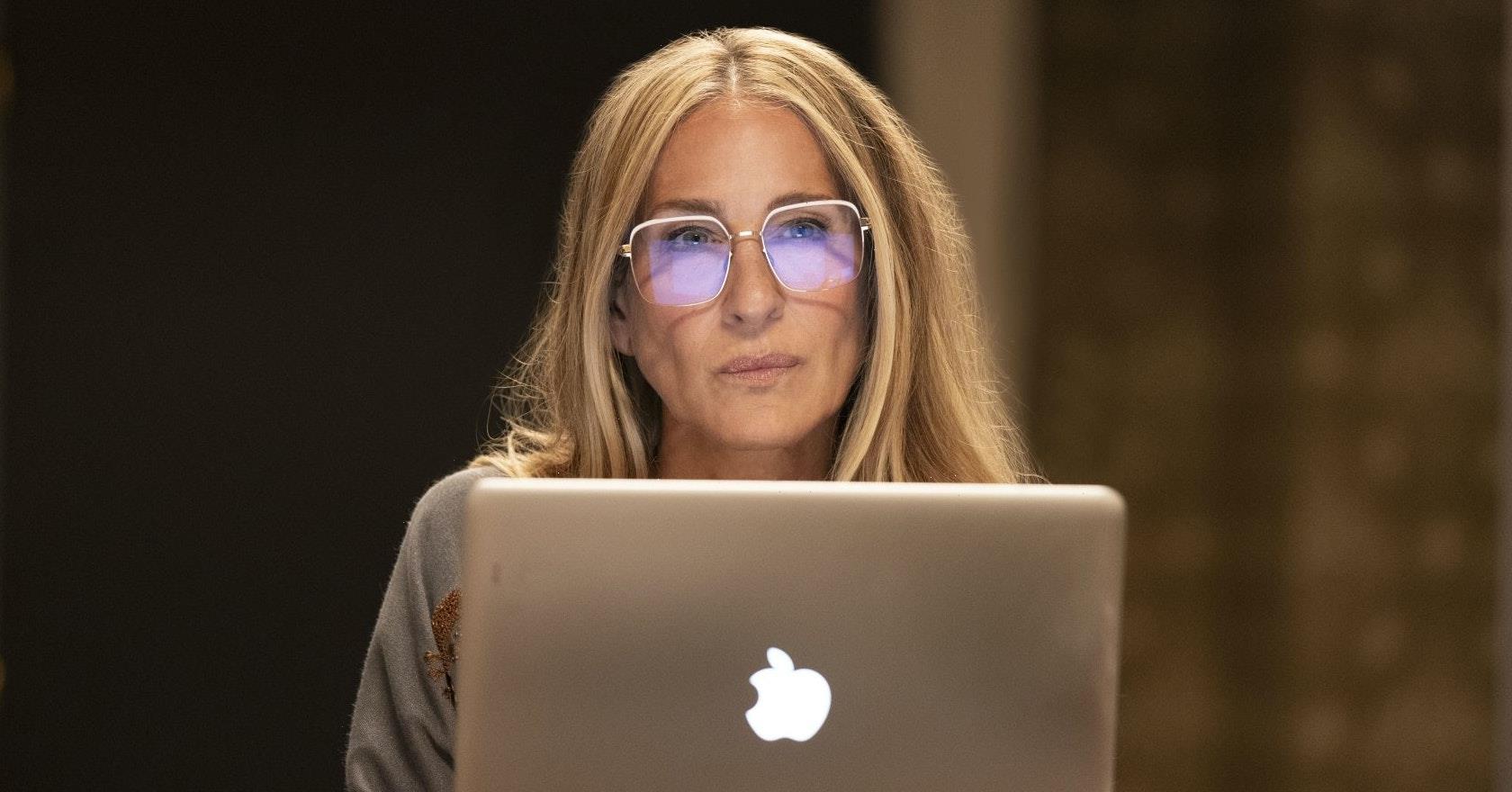 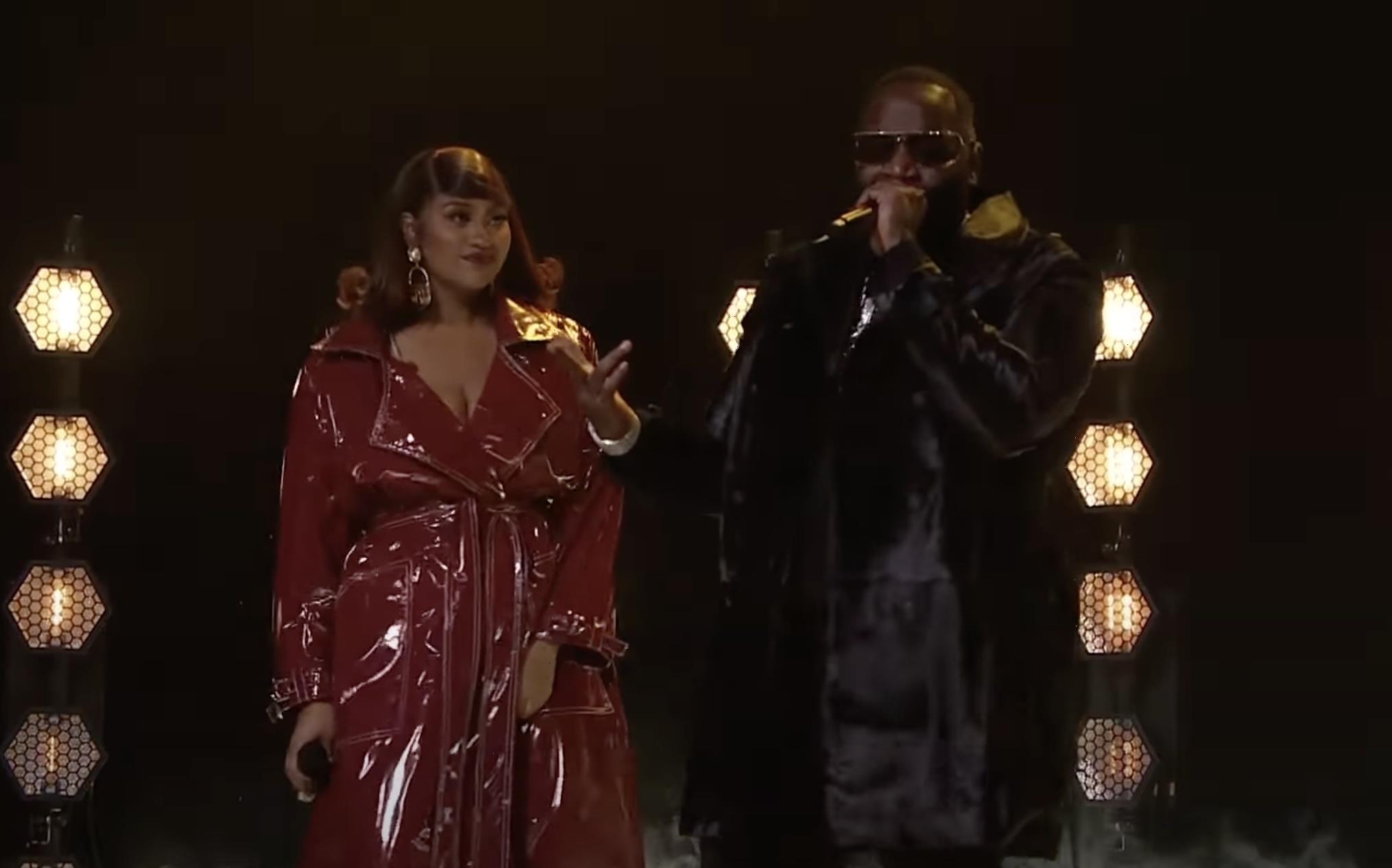