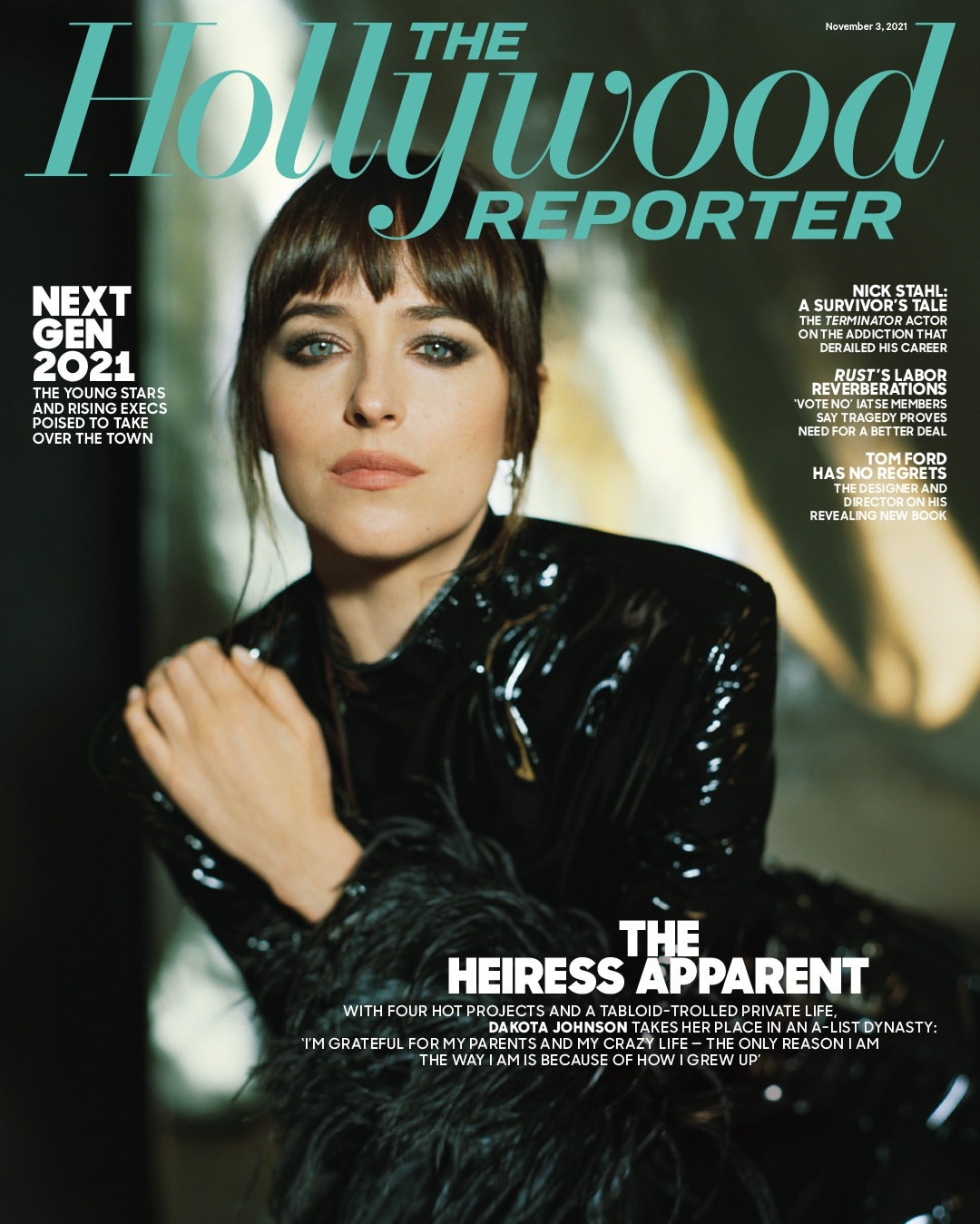 Dakota Johnson covers the latest issue of the Hollywood Reporter. She’s promoting her turn in The Lost Daughter, which is Maggie Gyllenhaal’s feature film directorial debut. There is, as always, a lot of Oscar chatter about this one. We’ll see if there’s still chatter in late December, but who knows. I’ll include the trailer at the end of the post – because the film also has Olivia Colman in the lead role, I suspect it will be pretty Oscar-baity. You can read the full THR piece here. Some highlights from Dakota:

The meaning behind her new “heaven” tattoo: “I was thinking, ‘What if this life is heaven, and this is as good as it gets? Then what?’ Because during COVID, I started to feel pretty dark. It felt inspiring to embrace [that existential question] in a different way. And to be more aware of what I can do in each little minute to make things feel better for me and the people around me. And that’s truly just a choice. It’s just a decision.”

Dakota fought for the role in The Lost Daughter: “I hadn’t ever read women written like that. Nina is struggling, she’s disappearing. To have this woman whose internal landscape is so different than what she’s projecting, that was really, really special. Because you see her, and no one is thinking about that girl’s mind. I am not a mother, but I know what it feels like to be scared or to be like, ‘Will I be a good mother?’ But for some reason, there’s this stigma around talking about that. And there’s a stigma around having just the thought of, ‘What if I walked out that f–king door? For a week or a minute for a cigarette.’ But you’re not supposed to say that out loud. Why? It’s so human and so relatable.”

She always wanted to be an actress: “Acting was always — truly always — what I wanted to do. Even when I was so little and I would be on set with my mom, it was a deep craving to do it. I wanted to look at everybody doing their jobs. I couldn’t get enough.”

Her parents told her she had to finish high school: “If it were up to me, I would’ve left school. But my parents wanted me to finish, which was ironic because the first half of my life was traveling and never going to school and being with a tutor. I didn’t go to a full year of school until I was 11, and that was in San Francisco because my dad was filming Nash Bridges.”

A childhood spent on sets & different schools. “Maybe it was destabilizing, but I never looked at it that way. I was raised by lots of people, my mom and my dad and then stepparents and nannies and tutors and friends and teachers and then friends’ parents and boyfriends’ parents. I wanted to learn from everybody. And I still am like that. I’m grateful to my parents and my crazy life because the only reason I am the way I am is because of how I grew up. And that came with seeing some gnarly things as a kid, having to deal with adult content at a young age and also having a public life at times. But then also on the lighter side of that, things that were really beautiful and privileged and educational and the travel and the art and the artists. It was both: It was dark, dark, dark, dark, and it was light, light, bright lights.”

On Me Too, and working with Johnny Depp, Shia LaBeouf & Armie Hammer: “I never experienced that firsthand from any of those people… I had an incredible time working with them; I feel sad for the loss of great artists. I feel sad for people needing help and perhaps not getting it in time. I feel sad for anyone who was harmed or hurt. It’s just really sad. I do believe that people can change. I want to believe in the power of a human being to change and evolve and get help and help other people. I think there’s definitely a major overcorrection happening. But I do believe that there’s a way for the pendulum to find the middle. The way that studios have been run up until now, and still now, is behind. It is such an antiquated mindset of what movies should be made, who should be in them, how much people should get paid, what equality and diversity look like. Sometimes the old school needs to be moved out for the new school to come in. But, yeah, cancel culture is such a f–king downer. I hate that term.”

WTF is she even talking about with the Me Too stuff? It’s not her responsibility to cape for those men or condemn them, but maybe acknowledge that their sh-t isn’t just “cancel culture run amok.” Johnny Depp physically, emotionally and financially abused his now ex-wife. Armie Hammer is accused of rape! Shia LaBeouf is accused of physical and emotional abuse. Dakota can say “it’s not my business” or “no comment” but her answer completely sucks.

Cover and IG courtesy of THR. 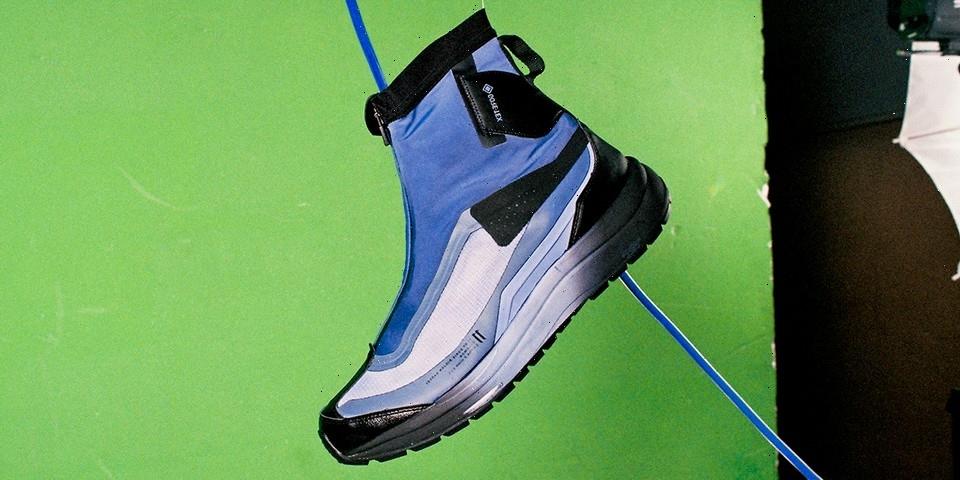 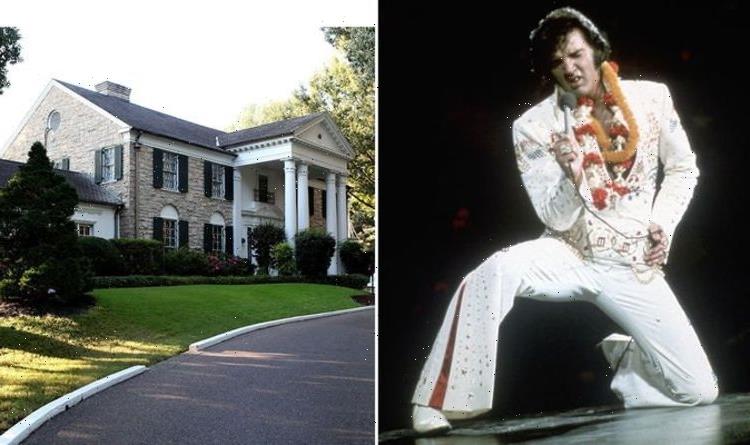