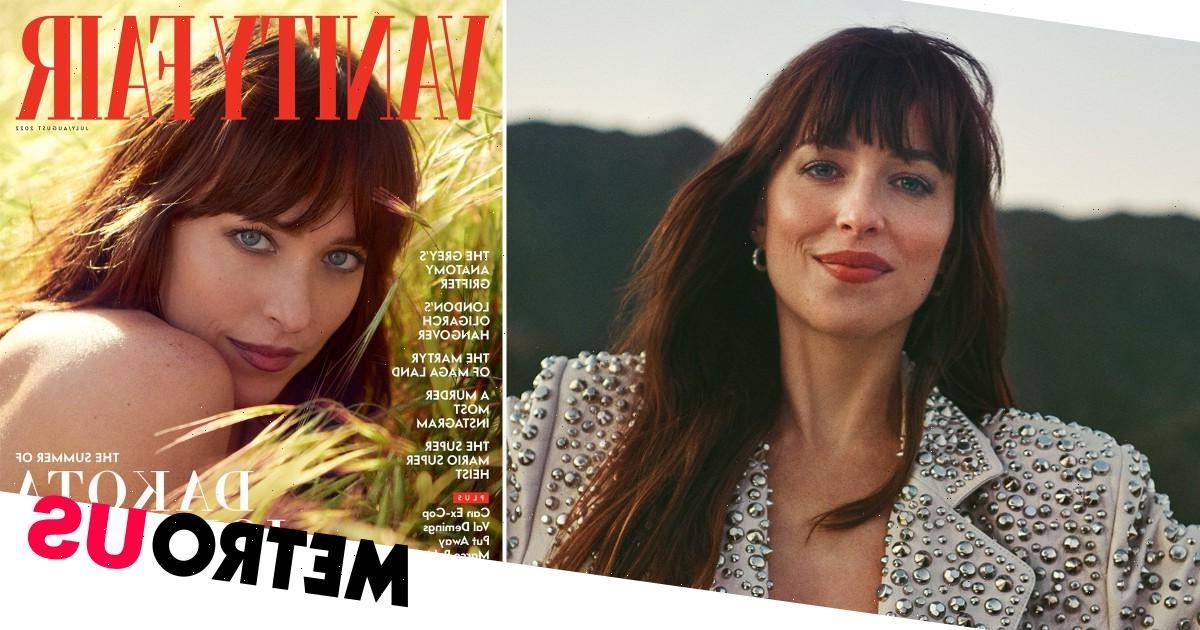 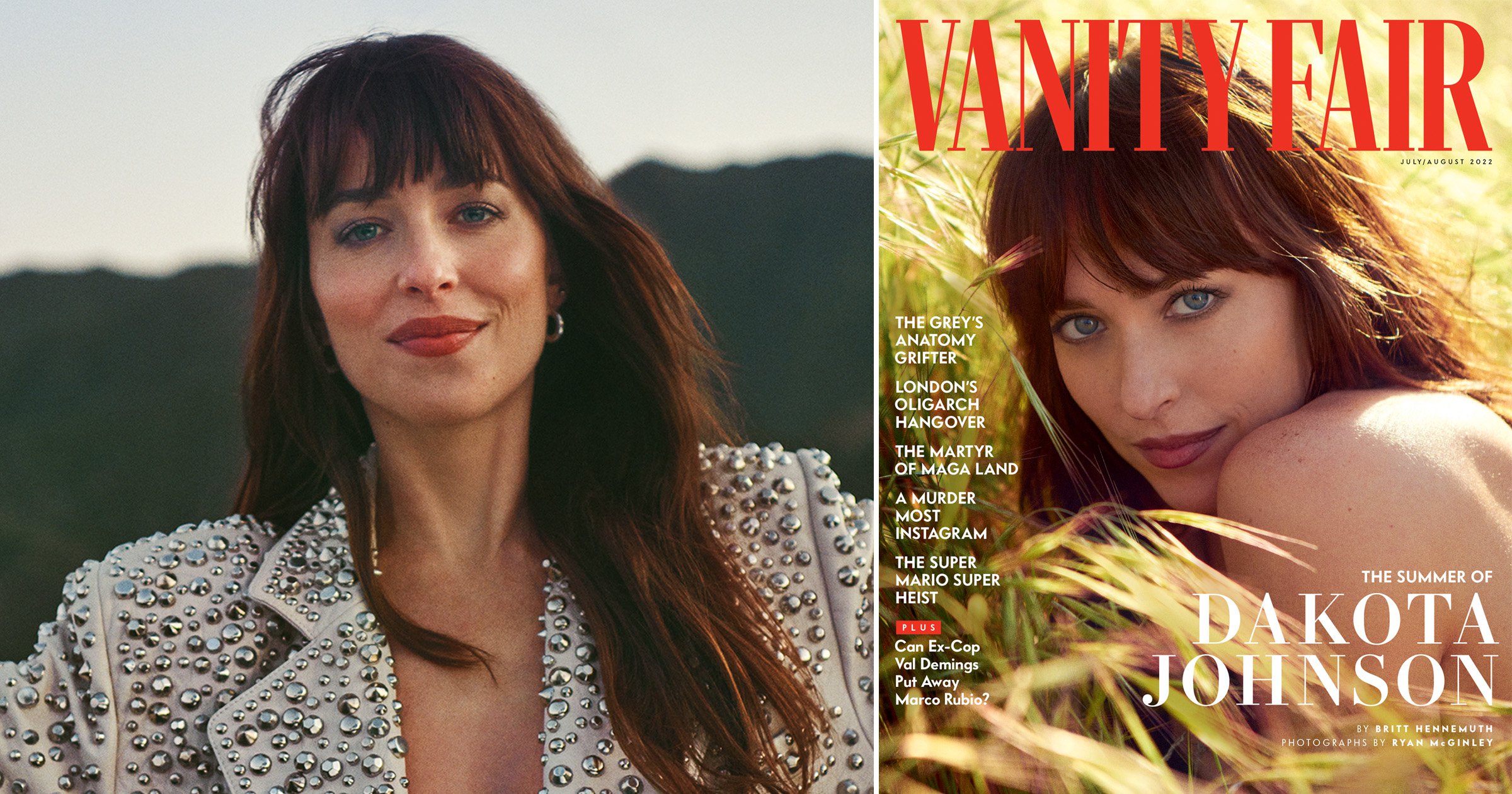 Dakota Johnson has opened up about being unwittingly dragged into the trial drama between Johnny Depp and Amber Heard, revealing her ‘struggles’ with cancel culture.

The Pirates of the Caribbean actor sued his ex-wife over an op-ed she wrote in the Washington Post, in 2018, discussing her experiences with domestic abuse.

While he was not named in the article, a jury found in his favor at the end of a bombshell six-week trial – which was live-streamed on YouTube – awarding him $10million, while the Aquaman actress won $2m from her countersuit.

During the court hearing, a video emerged on YouTube titled, ‘The exact moment Dakota Johnson knew Amber Heard was violent towards Johnny Depp’, and racked up 3million views on the platform – showing her reacting to the 59-year-old’s bandaged finger while at a press conference in 2015.

In a new interview, the Fifty Shades of Grey star, 32, spoke of her confusion in being ‘involved’ in the courtroom battle, slamming those who ‘watched it like a show’.

‘I was like, “For the love of God, why? Why am I involved in this?”, she told Vanity Fair. ‘I don’t remember that at all, but please, take me out of this. Don’t let this go further. Can you imagine, oh my God, if I was called to the witness stand?

‘I can’t believe that people are watching [the trial] like it’s a show. It’s like it’s a courtroom drama and my heart breaks. It’s so, so, so crazy. Humans are so f**king weird. The internet is a wild, wild place.’

When talk turned to ‘cancel culture’, Dakota admitted that she ‘struggles’ with the concept behind the term.

‘What I struggle with in terms of cancel culture is the term cancel culture – the whole concept behind canceling a human being, like they’re an appointment,’ she added. ‘No person will not make mistakes in their life. The point of being alive is figuring it out. Hurting other people, harming other people is not okay.

‘There are consequences for those actions. But the concept of the Twitterverse deciding if someone just all of a sudden doesn’t exist anymore is horrifying, heartbreaking, and wrong. I do think that it will pass. I believe that people want to live in a better world, ultimately. Also, Twitter makes up like, what, 12 percent of the world? I mean, some of these people can’t even spell.’

Dakota and Johnny worked together on 2015 flick, Black Mass, and the star previously made her thoughts known on the claims against him – as well as her other former co-stars, Shia LaBeouf and Armie Hammer, who have also been faced with abuse allegations.

‘I never experienced that firsthand from any of those people,’ she explained to the Hollywood Reporter last year. ‘I had an incredible time working with them; I feel sad for the loss of great artists.

‘I do believe that people can change. I want to believe in the power of a human being to change and evolve and get help and help other people.

‘I think there’s definitely a major overcorrection happening. But I do believe that there’s a way for the pendulum to find the middle.’ 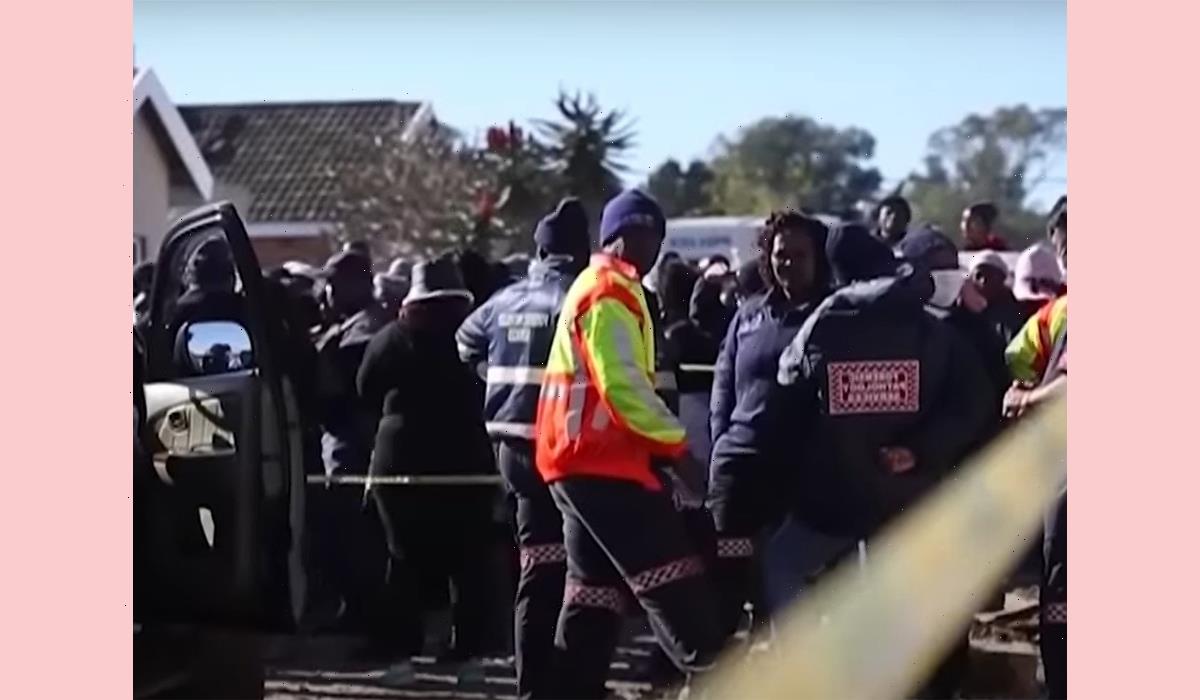