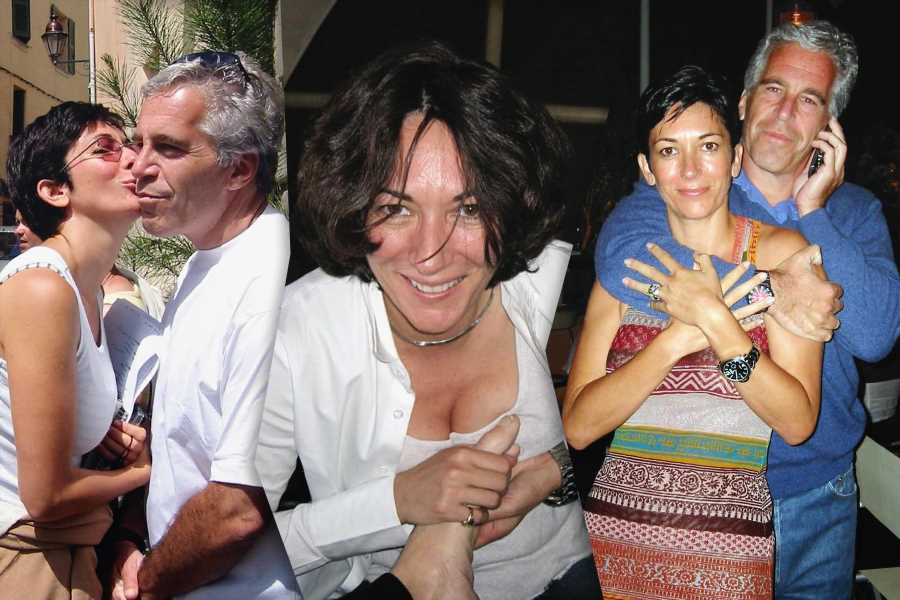 On Friday, the prosecution rested in its sex-trafficking and conspiracy case against Ghislaine Maxwell, who stands accused of helping the late financier and sex offender Jeffrey Epstein procure underage girls to abuse.

They called 24 witnesses, including former private pilots and household employees of Epstein’s, a psychologist to speak as an expert witness on childhood sexual abuse, and four accusers. Through testimony — bolstered by birth certificates, flight logs, photographs and floor plans of Epstein’s various planes and properties, and other evidence — the prosecution laid out the argument they’d set up in opening statements: That Maxwell was Epstein’s “second in command” and that she’d “[set] young girls up to be molested by a predator.”

'Silence of the Lambs': The Complete Buffalo Bill Story

Prosecutors have not needed to show that Maxwell abused the girls, only that she helped Epstein secure girls, for illegal sexual activity for the conspiracy counts, and that she helped “entice, recruit, and transport” minors for the purpose of illegal sexual activities for the trafficking counts. Incidentally, however, multiple women described Maxwell having touched their breasts. Maxwell, 59, has denied all charges, and could spend the rest of her life in prison if she’s convicted.

The defense has cross-examined most of the government’s witnesses, devoting the majority of their time to working on discrediting the women who accuse Maxwell of aiding in their abuse by Epstein. Along the way, a narrative has emerged among some observers that the prosecution’s case isn’t as strong as it should be. Not everyone agrees.

Attorney Lisa Bloom, an admittedly embattled figure in the world of sex crimes litigation, has worked on both sides of cases like this. She has represented eight Epstein accusers, and also, it was revealed in 2017, advised disgraced movie mogul and MeToo supervillain Harvey Weinstein, who is serving a 23-year prison sentence for a rape and sexual assault, on how to launder his reputation. She has been following the trial in person and remotely and thinks the state is coming out on top so far. “The prosecution did a very good job,” Bloom says. “They chose four accusers who were credible….They, I assume, had a lot of accusers to choose from and they chose these four.”

I have been observing the trial most days from the overflow courtrooms for Rolling Stone and came away with a similar impression. It seems that while the defense is doing its duty of attempting to pick apart testimonies based on minor inconsistencies, the big-picture stories told by the women — that Epstein abused them and Maxwell helped him, by, for example, showing them how he liked to be touched — are what will probably stick in the minds of jurors. Here are four takeaways from the prosecution’s case.

Epstein was the chief abuser — but according to witnesses, Maxwell helped

Because Epstein died by suicide before his own verdict could be decided, and since Maxwell’s lawyers have so far taken the stance that perhaps no abuse occurred at all, the government is in the position of trying to prove two people’s wrongdoings. After all, Maxwell’s alleged crimes can’t exist without Epstein’s.

Sometimes the caliber of Epstein’s crimes can feel overwhelming by comparison, and Maxwell’s defense has repeatedly suggested their client is a scapegoat for Epstein. But the fact is her alleged actions are inextricable from his, so credibly presenting the details of Epstein’s abuse is an essential part of the case. “The jury will be suspicious if they leave something out, so they have to tell about what Epstein did,” Bloom says. “But they also have to tie it to Ghislaine every time.” Through testimony from former employees about Maxwell managing Epstein’s properties and planes, and from women claiming she instructed them on how to touch Epstein when they were minors, the government has kept Maxwell in the picture at every turn.

Much Ado about Shipping Addresses

The government hoped to use shipping receipts to back up witnesses’ claims. Last Thursday, for instance, the government spent several minutes going through FedEx invoices of packages Epstein sent to Carolyn, who had testified two days earlier about receiving lingerie from Epstein and Maxwell. They pointed to packages sent from Epstein’s New York City office to Carolyn’s address in West Palm Beach. On cross-examination, the defense pointed out that Maxwell’s name was not on the return address of packages sent to Carolyn — it had been mostly Epstein, and once included assistant Sarah Kellen. Other entries on the same invoice papers showed Maxwell sent packages to other people, but never to Carolyn.

The intended impact was to sever Maxwell from Epstein, but what it really did was show her busily shipping packages from a shared FedEx account. And as Bloom points out, Epstein’s former Palm Beach house manager, Juan Alessi — as well as two pilots — testified that Maxwell would have outranked other staff, including an assistant like Kellen, and could have directed her to send a package. The exchange lent credibility to Carolyn’s claims that she’d received lingerie after falling into Epstein’s ring of abuse, which testimony suggested included Maxwell as a top-ranking member. “Her name is not going to be on each piece of evidence. I don’t find that particularly significant,” Bloom says. “I think overall, there’s been enough tied to her that the jury can come back with a guilty verdict.”

The prosecution wants the jury to look at the aggregate total of the evidence, Bloom says: Four accusers who say Maxwell was involved in their recruitment and abuse. And bolstering Carolyn’s claim that she received lingerie from Epstein by FedEx as a 14-year-old adds to her credibility as a witness. Maxwell’s name missing from the return address doesn’t let Maxwell off the hook. After all, Carolyn also claimed Maxwell had been the person who asked her for her address.

The testimonies of each alleged victim were the prosecution’s strongest way of tying Maxwell to Epstein. In the stories each woman told, Maxwell was never excluded from the scene. The defense has pointed to inconsistencies in prior interviews and paperwork where some accusers left Maxwell out of their retellings at the time. But the testimony the accusers gave at the trial painted pictures that linger, and Maxwell is in them all. Sometimes, she’s a supporting character, lurking nearby Epstein and a young girl to apparently make the child feel more trusting. Other times she’s an active participant, the witnesses say, coaching a girl on how to rub Epstein’s feet, or worse.

Witnesses who worked closely with Maxwell under Epstein’s employ also emphasized the close ties between him and Maxwell. Alessi and pilots Larry Visoski and David Rodgers all referred to her as Epstein’s second in command and described oftentimes taking instructions from her rather than Epstein himself or anyone else below him. “I understood she was the lady of the house,” Alessi said, and claimed Maxwell gave him a booklet of rules for how the house should be maintained.

Annie Farmer helped the state finish on a high note

Ending with Epstein accuser Annie Farmer was one of the strongest choices the prosecution made. While Bloom, who referred to Farmer as a “badass,” emphasized that there is no perfect witness, especially to childhood sexual abuse, Farmer came close. She was willing to testify under her full name; she had repeated her story mostly consistently in prior interviews; she had kept a diary from the time of her allegations; she came armed with a PhD, which, even it shouldn’t, probably increased her credibility in front of a jury; and she was lucky enough to have a strong and enduring social support system: her mother and her high school boyfriend both came to testify, as well. “I thought calling her last was really a stroke of genius,” Bloom says. “Even though her allegations were milder than those of the other accusers, she has a lot of corroboration to her story. She reported him to the police in 1996. She told her boyfriend and her mother contemporaneously. I always want backup witnesses like that in my cases, and she had that.”

The defense’s job is to pick apart the government’s case point by point. They have already taken jabs at accusers’ credibility and questioned the accuracy of their memories. The defense is doing its job by attempting to introduce doubt using small pieces of inconsistency to create a broad impression of untruthfulness. it’s impossible to know at this point whether this will prove successful in the eyes of the jury. The prosecution will ask the panel to look at the totality of the evidence they’ve presented, namely through four strong accusers who painted sinister pictures of Maxwell’s involvement in Epstein’s twisted world. It’s a visceral rendering the jury likely won’t be able to dismiss. 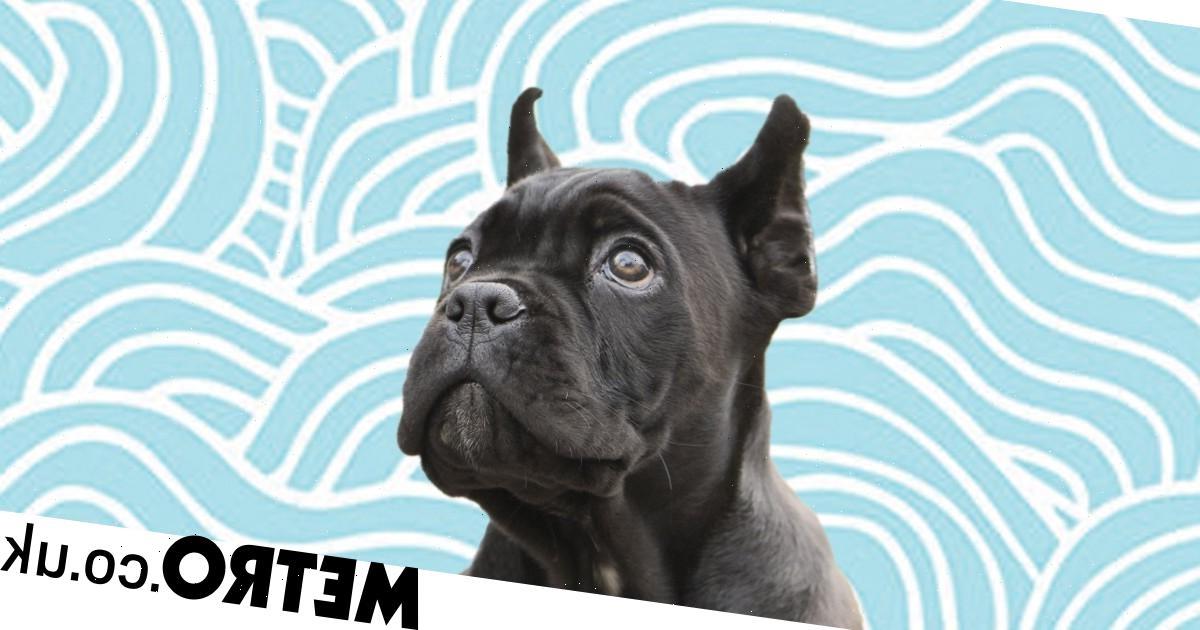 Next post This is why you should never, ever crop a dog's ears
Related News
Lifestyle
Recent Posts