Get well soon! Derek Hough shared the aftermath of having emergency surgery to remove his appendix in an Instagram post on Saturday, November 16.

“Woke up at 3am with a severe and a sharp pain in my abdomen. Knew something wasn’t right,” the World of Dance judge, 34, captioned a video of himself dancing in his hospital gown. “Turned out it was appendicitis and had surgery to remove my appendix straight away. This is me immediately after, still a little(a lot) medicated, giving @hayley.erbert a (sexy) little dance.”

Hough’s girlfriend, Hayley Erbert, was by his side as he recovered from the ordeal. “Me: Is this doing it for you babe? Hayley: So hot,” Hough jokingly continued his post. “Thank you for lying to me babe ;).**

The former So You Think You Can Dance contestant, 25, posted a video of her boyfriend lying in a hospital bed surrounded by cat GIFs. 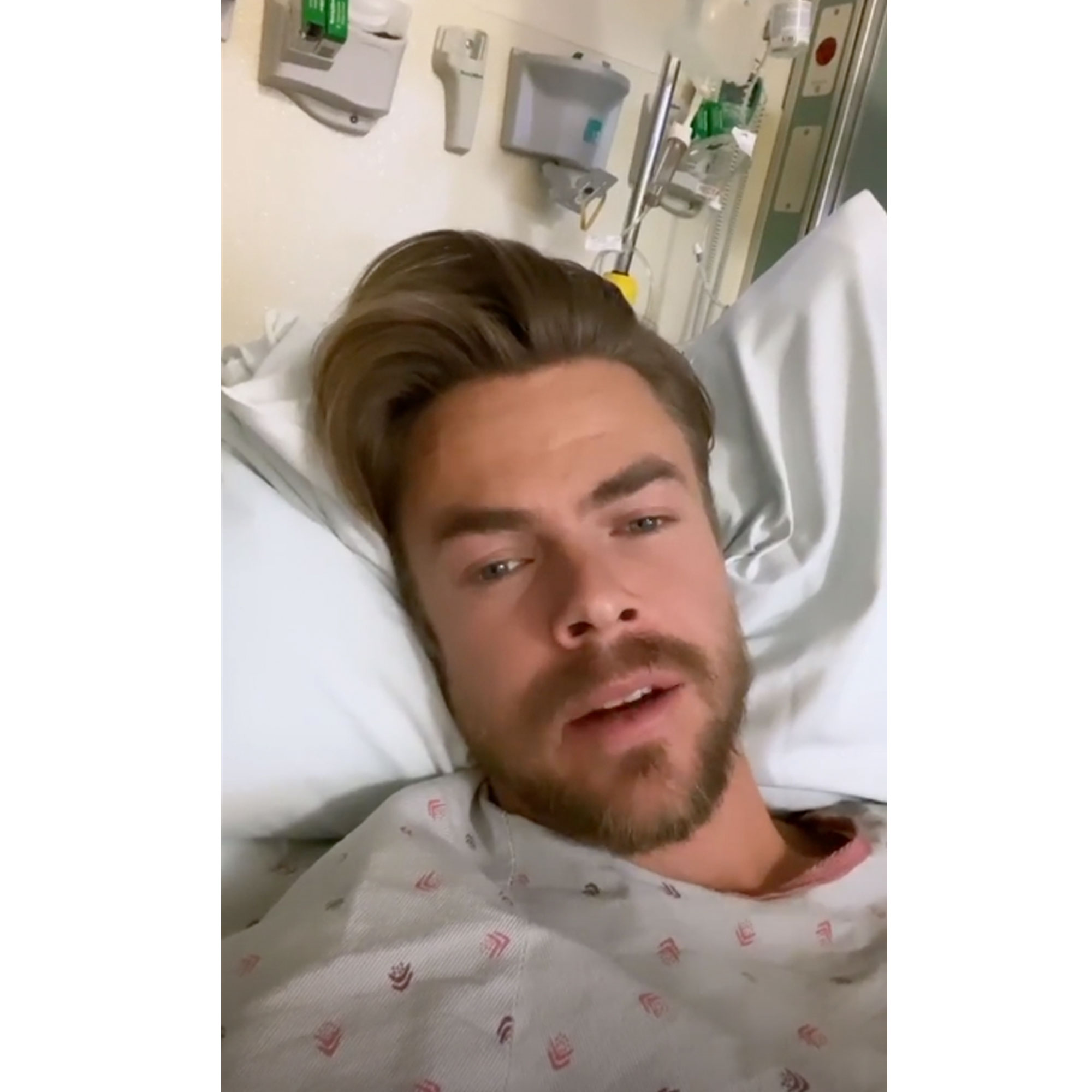 “Wherever we go, there’s a partayyy,” she wrote on her Instagram Story.

The couple, who began dating in July 2015, have weathered other emergencies together. The duo went on a rescue mission to save a kitten while on their way home from a pre-Emmys party in September 2018. Erbert posted a video on social media of them pulling the cat, who was covered in insects, from a dark hole. The pair took the kitten home and gave it a bath and some milk.

“This made my heart so happy,” she captioned the video. “Derek individually picked out the remaining fleas, and showered him with much love.”

In an interview with Us Weekly later that month, Hough shared that he was equally enamored with his girlfriend for a similar reason. He told Us that his favorite thing about Erbert is her “love of animals” and that he did see children in his future, but “not quite yet.”

“You know, you kind of live in that time where you say, ‘Yeah, yeah, I want kids’ but I think you just sort of say it automatically,” he said. “I don’t really know if you know it or not — at least I didn’t — but I’m certain now that I definitely want kids, yeah.”