Dwayne “The Rock” Johnson is a person of many talents. Though the entertainer rose to fame in the professional wrestling industry, he’s truly flourished as a Hollywood actor. So far Johnson’s filmed have earned $3.5 billion at the box office. That makes him one of the top performing actors in the world. Not bad for a former WWE performer.

The Rock has millions of fans and social media followers. People appreciate Johnson’s direct, no-nonsense attitude and thoughtful insights. Recently, the 48-year-old star saw one of his favorite words from his wrestling days added to the dictionary. 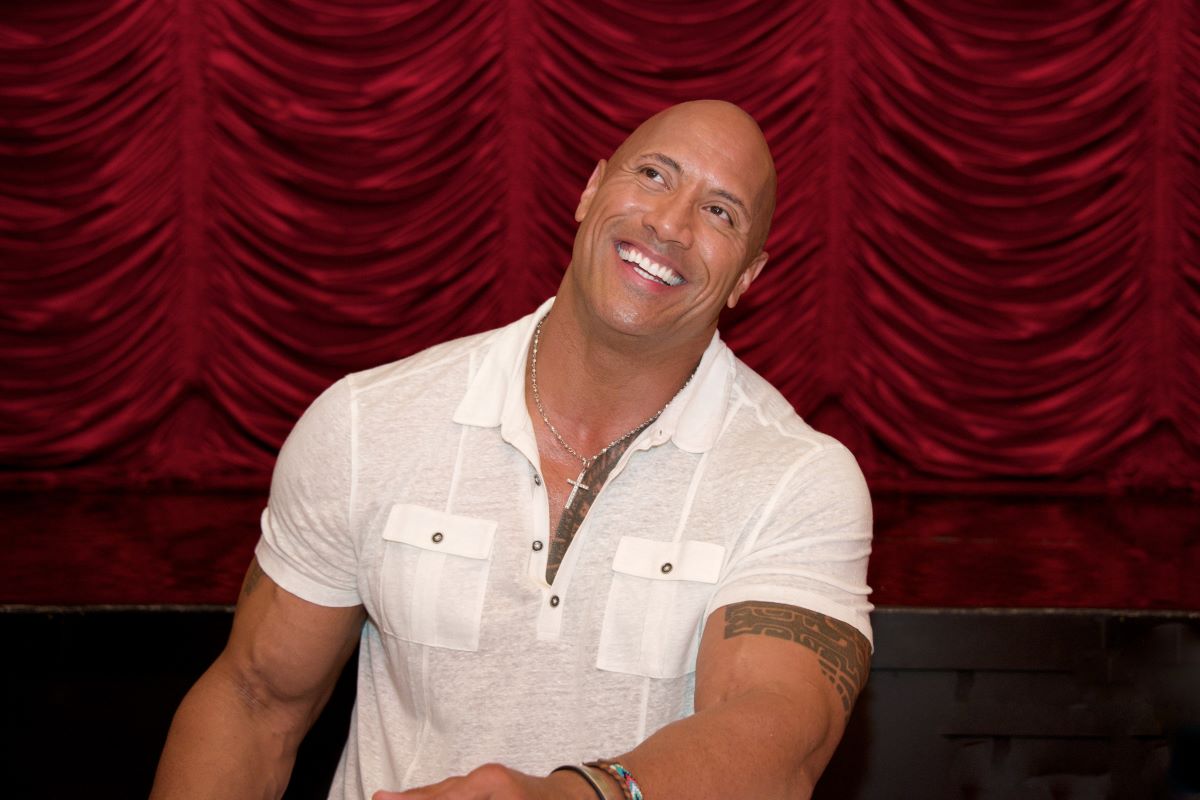 One of the best aspects of Johnson’s personality is his ability to shift focus and excel at whatever he’s doing. For example, he started out a professional football career after playing in high school. After attending the University of Miami on a full scholarship, he became a linebacker with the Calgary Stampeders of the Canadian Football League, according to biography.com.

But then The Rock did an abrupt pivot and got involved in wrestling, a move which would secure his future fame. He signed on for tryout matches for the WWF in 1996 and quickly began dominating the sport. Over time, Johnson become one of the greatest professional wrestlers and biggest wrestling draws of all time, with the most bought PPV wrestling matches ever.

And then The Rock started acting. His first leading role in The Scorpion King (2002) paved the way for other projects, most notably the highly lucrative Fast & the Furious series, which brought in a gross profit of $5.8 billion total.

The Rock is obviously a person with massive muscles and incredible strength. However, he’s not all brawn with no substance. Johnson gained fans through his personality coupled with his obvious athletic talent.

Johnson was known for coming up with biting insults during his wrestling days, including one of his favorite made-up words: jabroni. Followers associate the popular insult with The Rock and were delighted to see the word legitimized with a dictionary addition, Cinema Blend reported.

The Rock used the word in a derogatory way against his opponents. According to dictionary.com, “jabroni” means, “a stupid, foolish, or contemptible person.”

Johnson made the word famous, but he does not take credit for its origins. He was introduced to “jabroni” via The Iron Sheik in the documentary The Sheik.

Johnson revolutionized the wrestling industry in many ways. And he didn’t just make jabroni mainstream — he’s also responsible for the universally popular wrestling term “smackdown.” The Rock first started talking about “laying the smackdown” on his opponents during his legendary mat talk. The WWE adopted the phrase and even renamed some of their shows to match.

Now, smackdown is a dictionary.com official word meaning, “a severe rebuke or criticism,” “a humbling defeat,” or “a confrontation, contest, or fight, as between wrestlers or other competitors.”

Smackdown isn’t limited to just wrestling. And neither is The Rock.

Tags: celebrity, Dwayne Johnson
Recent Posts
We and our partners use cookies on this site to improve our service, perform analytics, personalize advertising, measure advertising performance, and remember website preferences.Ok