Well, the shoe is on the other foot now, isn’t it?

Remember when Lionel Richie said his daughter Sofia Richie dating a man 15 years older than her was “just a phase”?

Throughout Sofia’s three year on-and-off relationship with Scott Disick, which began when she was just 19 and he was 34, the Hello singer had a fairly mixed reaction to the whole affair. But it turns out he didn’t really have a leg to stand on when it came to judging May-December romances!

That’s because the 71-year-old music legend is dating a woman who is… get ready… 40 YEARS YOUNGER THAN HE IS!

Yes, Lisa Parigi is about 31 years old (though the lifestyle blogger’s exact age is unconfirmed, her birth year is reportedly 1989 — and since her birthday is in October that means she’ll turn 32 later this year). More like Three Times A Lady’s Age, areweright??

The couple hasn’t exactly been hiding. In fact, they’ve apparently been together since 2014, when she was just 25! It’s just no one seemed to notice before! And throughout Sofia and Scott’s entire relationship, too… 40 years certainly makes 15 look a lot less egregious.

But on Sunday a Twitter user reposted Lionel’s Valentine’s Day Instagram photo (above) with the new caption:

…and the Twitterverse just discovering the sizable age gap had some THOUGHTS.

While some pointed out Lionel looks great for his age — no argument, obviously — many more were weirded out! Some users commented:

“She was probably conceived while one of his songs was playing in the background. Talk about Lionel setting up his future”

“Sorry but that’s gross he could be her grandfather. Sorry , but to me this is more about money than love I am not buying it , he may love her but I am not buying she loves him. Sorry, I have seen it too often!”

“personally i dont have an issue with age but Lionel Richie is dating someone younger than his daughter that to me is problematic.”

Oh, that last one is true, in case you were wondering. If you still think of Nicole Richie as that young girl from The Simple Life… well, that was way back in 2003! Gurl is 39 years old now. Sofia is 22 now, and her brother Miles is 26.

By all accounts Nicole and Sofia get along great with Lisa… makes sense considering they’re peers, right?

For her part, the blogger seemed to respond to the sudden controversy, posting on her IG Story early Tuesday morning: 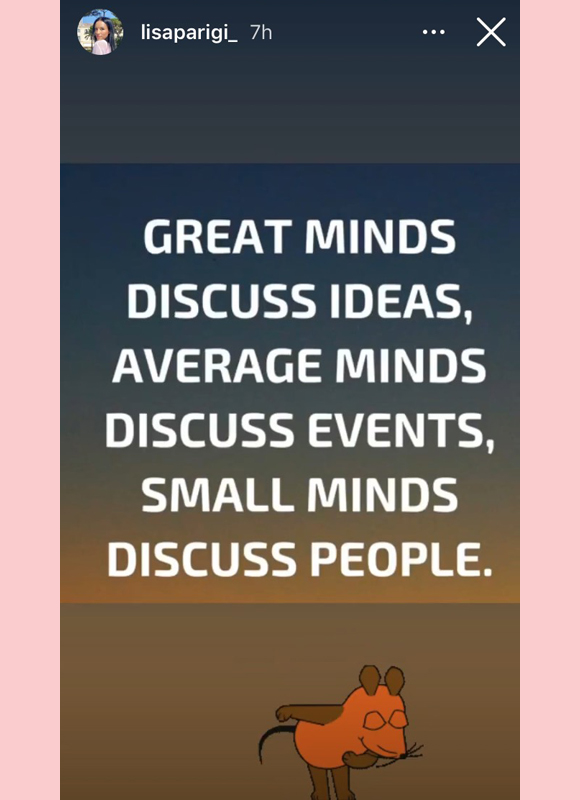 Seriously though, what do YOU think of the couple? Problematic? Hypocritical? “Love wins”? Let us know all your thoughts in the comments (below)!