“In my nearly five decades of public service, I have never publicly endorsed any political candidate,” pandemic expert tells CNN 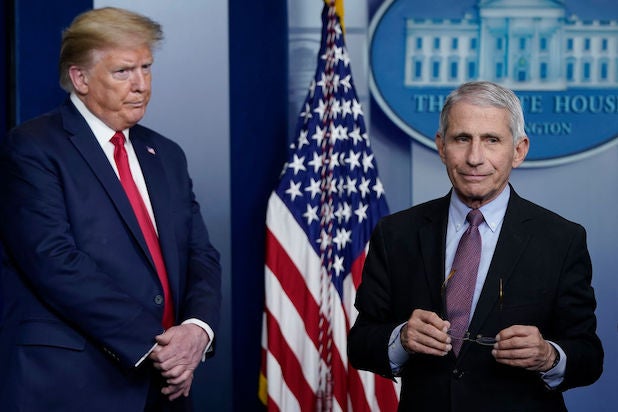 Dr. Anthony Fauci is calling foul on the latest ad for Donald Trump’s reelection campaign that includes a quote from him that he says was taken out of context and used without his knowledge.

“In my nearly five decades of public service, I have never publicly endorsed any political candidate. The comments attributed to me without my permission in the GOP campaign ad were taken out of context from a broad statement I made months ago about the efforts of federal public health officials,” Fauci said in a statement to CNN.

The new ad, which debuted last week and aired nationally during NFL broadcasts on Sunday, boasts that President Trump is “recovering from the virus, and so is America.” It includes a clip of Fauci from a Fox News interview in March saying, “I don’t think anybody could be doing more,” though Fauci was referring not to Trump specifically but to the White House coronavirus task force, of which he is a member.

“Since the beginning, that we even recognized what this was, I have been devoting almost full time on this. I’m down at the White House virtually every day with the task force. It’s every single day. So, I can’t imagine that under any circumstances that anybody could be doing more,” Fauci said during that interview.

The Trump campaign has defended the use of Fauci in the ad.

“These are Dr. Fauci’s own words. The video is from a nationally broadcast television interview in which Dr. Fauci was praising the work of the Trump Administration. The words spoken are accurate, and directly from Dr. Fauci’s mouth,” a statement from the campaign reads. “As Dr. Fauci recently testified in the Senate, President Trump took the virus seriously from the beginning, acted quickly, and saved lives.”

Watch the ad in the clip below.

Tags: Fauci, In, New, Quote, says, Trump
Recent Posts
We and our partners use cookies on this site to improve our service, perform analytics, personalize advertising, measure advertising performance, and remember website preferences.Ok