As fans of The Bachelorette know, when a season ends with an accepted proposal, that doesn’t necessarily mean the newly engaged couple will live happily ever after together. But even with that knowledge, the July 30 finale of Hannah Brown’s season of The Bachelorette served as a pretty big shock to even the most jaded members of Bachelor Nation. After finding out about Jed’s shady romantic past, Hannah broke off her engagement to him, and now she’s speaking out about how it all affected her. While her story is definitely sad, Hannah’s quotes about breaking up with Jed are pretty darn empowering.

In an interview with People, Hannah got super candid about how the whole situation went down. Apparently, it was trouble in paradise from the start. While Hannah was happy to be engaged to Jed, she was still reeling from her tearful goodbye with Tyler. "It was hard right off the bat. We loved each other, but it wasn’t as perfect as I thought it would be," she said. "I was very honest to Jed about the fact that I was still struggling, and that I said goodbye to a person I loved."

On the night after they got engaged, Jed told Hannah he had been "hanging out" with another woman before going on the show, but it was nothing serious and he ended it with her before meeting Hannah. 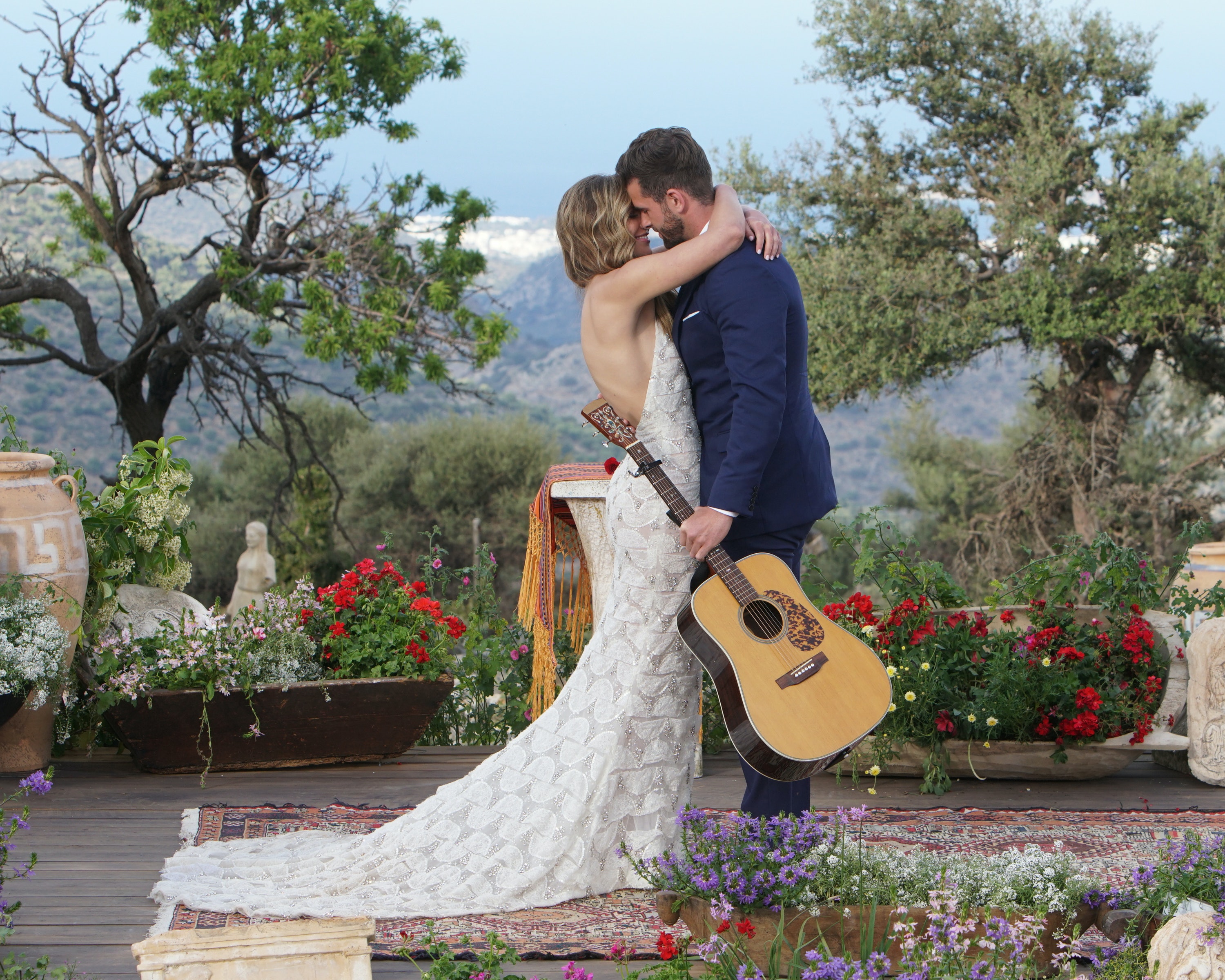 Of course, while this bit of news upset Hannah, it was nothing compared to the revelations that later came, when the woman Jed was referring to, Haley Stevens, came forward in a People article to say their relationship was actually quite serious, Jed didn’t end it before he left, and he had gone on the show to promote both his and Stevens’ music careers.

"It was not the same story that I was told," Hannah told People. "It was really embarrassing to have to send an article to your fiancé and circle parts and ask if they’re true or not, and be told that the article is true."

Fans who saw The Bachelorette‘s finale know how Hannah’s confrontation with Jed shook out. After finally getting some true answers from her then-fiancé, Hannah took off her engagement ring, set in on the table, and broke it off with Jed. On the show’s "After the Final Rose" segment, she doubled down on her decision to end things with Jed.

Looking back on her time on the show, Hannah said she feels embarrassed by how much she trusted Jed. Early in the season, Jed told Hannah he had gone on the show to boost his music career, but he realized he was really into her after getting to know her.

"Jed being honest [was] refreshing," she said. "He didn’t come for me, but he liked me. And that’s what made me initially start to fall for him.” 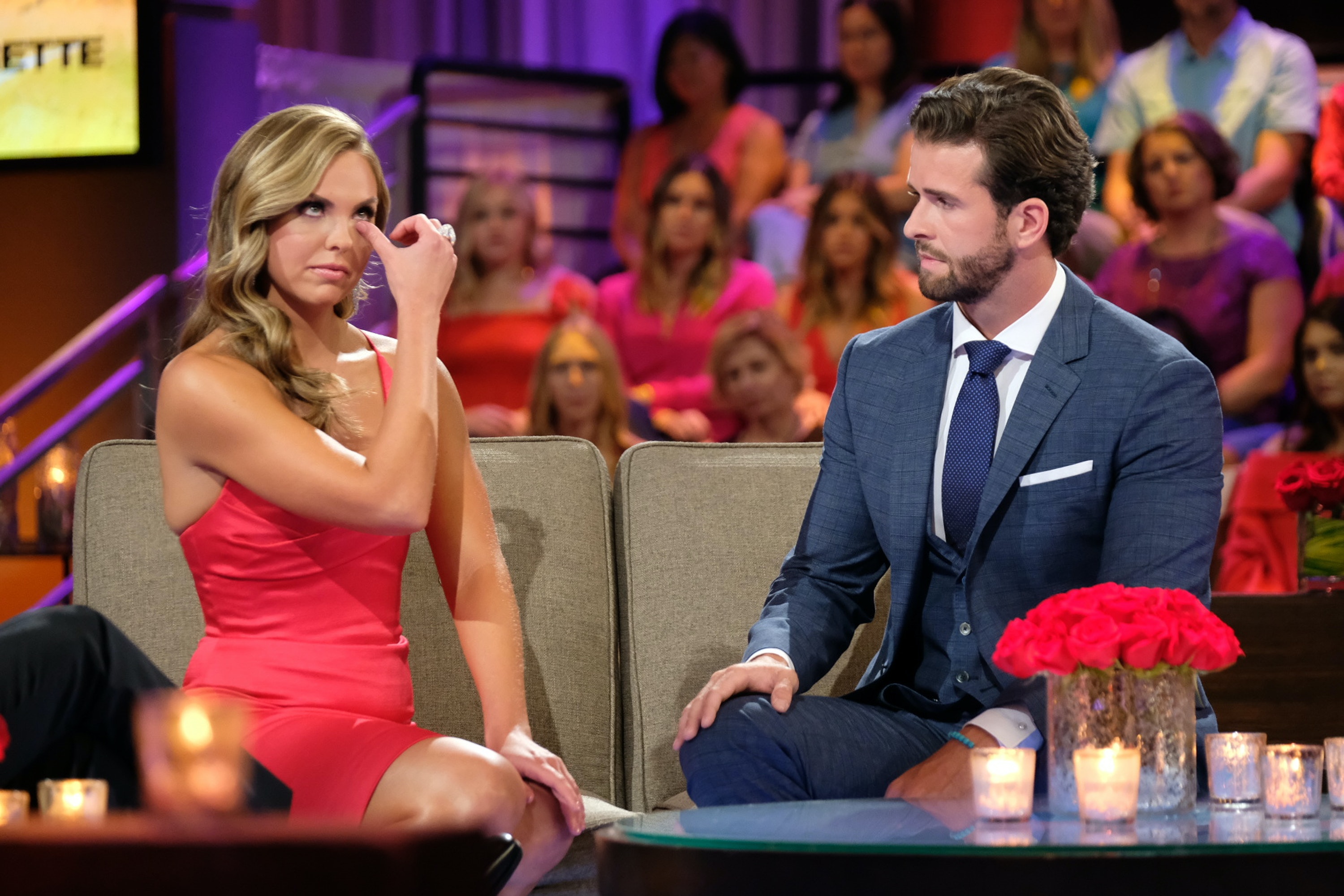 Of course, how was Hannah to know that was only a tiny sliver of the truth? Despite tearfully explaining that she loved Jed, Hannah acknowledged that she could have seen futures with two other men on the show, Peter and Tyler, and she was upset with Jed for taking away her chance to explore those futures with either of them.

That said, Hannah still has some compassion for her ex-fiancé: "I don’t think Jed’s a bad person and I don’t think he meant anything malicious by it," she told People. "I think he was just really cowardly."

Though fans just watched all the drama unfold on TV, in reality, it’s been weeks since Hannah learned about Jed’s past and ended their engagement. This means Hannah has had some time to process the information, and take the steps toward healing from the heartbreak.

One person who might help her recover is her runner-up Tyler, who has been very supportive of Hannah from the start. The two reconnected live on stage at the end of the season finale, and after admitting she still had feelings for Tyler, Hannah asked him out for a drink, and he accepted.

Regardless of Hannah ends up with Tyler, or another person, or stays single and thriving, it’s pretty clear she’s going to enjoy the journey. "There will be some happy days, and some sad days in between, but it’s a journey that I’m blessed I get to have," she said. "Y’all haven’t seen the last of me yet!”