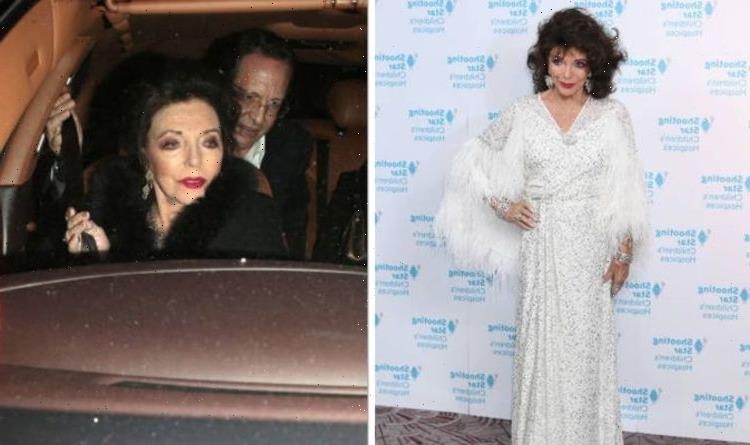 Joan Collins, 88, says she has received an “unexpected honour” after being featured in a newspaper this morning. The star took to Instagram to share her excitement of being listed alongside Kate Middleton.

Joan was featured in a Telegraph column entitled: “The 25 best-dressed women of 2021.”

The actress shared the news with her 263,000 followers.

The news was included in two separate posts on her official account.

The author’s followers were quick to jump on and congratulate her.

She wrote, for her first post: “Quite the unexpected honour to receive the papers today and find myself in the @telegraph #25bestdressedwomen2021″

Fans were super excited for the soap actress.

@Friends_oflatimerroad wrote: “Joan like there was any question about that stylish beyond words what a lady.”

@Star7093 said: “Well deserved. You are always immaculate and you dress so well.”

In her following post, Joan made it clearer what the actual article entailed with a snap of the paper clipping.

The photo included snaps of the Dame as she stood next to other celebrities who were included in the prize.

Those pictured were The Duchess of Cambridge, Rosie Huntington-Whiteley, Marion Cotillard and Sarah Jessica-Parker, as well as Joan herself.

Fans were once again back to offer their support and well-wishes.

@Jeffreylane_publicrelations wrote: “As far as I’m concerned you’ve been the best looking for decades.”

The Graham Norton Show airs on BBC One.