Jon Hamm and Lindsay Shookus are the latest rumored hot ticket item thanks to a report in People.

The Mad Men star and the Saturday Night Live producer were spotted on what appeared to be a date at the Broadway premiere of Derren Brown: Secret on Sunday.

While the two weren’t seen engaging in any PDA, they were apparently keeping close the entire time.

When he arrived, Jon paused and posed for photos on the red carpet on his lonesome: 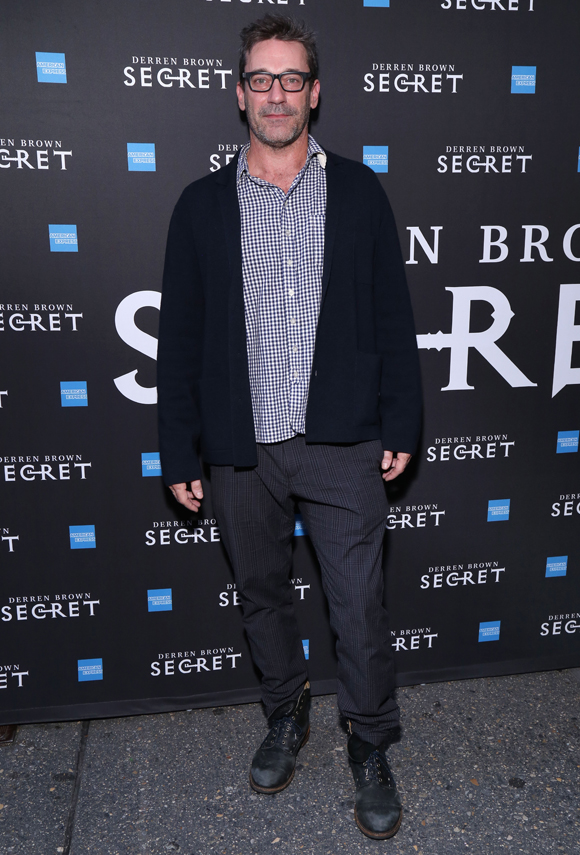 Afterward though, reports the outlet, the 48-year-old actor joined his fellow Emmy winner for the remainder of the evening.

A source spilled to the magazine:

“They sat together on the aisle and looked like they were having a great time. Both raved about the show at intermission, too.”

No overt couple moves, like hand holding or kissing, but the insider did offer:

“It very much felt like they were on a date. When they were talking to one another, they locked eyes and were smiling the whole time.”

Hmm. Not much to go on. Could they really be a thing?

It would be an inneresting move for Hamm, who previously had a working relationship with Lindsay’s ex Ben Affleck, having costarred with and been directed by the actor in the 2010 crime thriller The Town.

Shookus and Affleck famously had an off-and-on relationship for a few months following his split from Jennifer Garner.

They began dating in late 2017 then broke up, after which Ben briefly dated a young Playboy model then went to rehab. 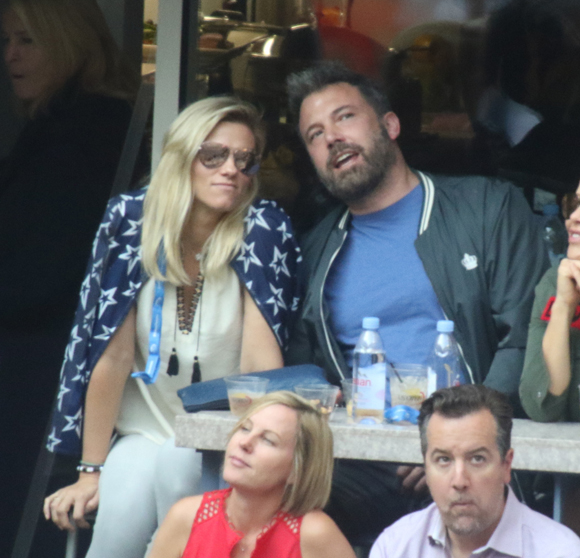 In February the two apparently reunited — only to break up again in April. A source told People at the time it was mostly the distance that kept them from making it work:

“She has a kid and an ex-husband and a job in New York and Ben has his family and a job in L.A. and while they love and respect each other they just realized it wasn’t going to work. They really gave it another solid try.”

Jon was previously in a relationship with actress and filmmaker Jennifer Westfeldt for an astounding 18 years, starting way back in 1997. Their breakup in September 2015 followed shortly after Hamm’s stint in rehab for alcohol abuse.

Since their breakup his love life has been hard to pin down. There were at first reports he and Jennifer got back together but when those proved to be erroneous, they were replaced with rumors he was dating everyone from Mad Men costar January Jones to pal Sarah Silverman.

It’s quite possible none of these have been accurate.

In the case of Jon and Lindsay, her people are denying it. A source close to the 39-year-old explained they two “have been friends for over a decade.”

So maybe this was just a casual theater hangout?

That would explain Hamm’s outfit at least…

What do YOU think, Perezcious relationship experts?? 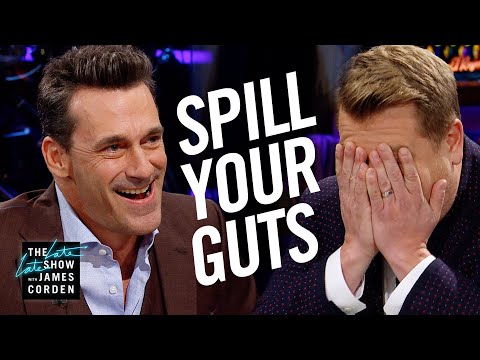