Justin Timberlake and Jessica Biel are now a party of four.

The ex-boybander and actress are said to have welcomed their second child together after reports swirled for weeks that the pair secretly added to their family.

"The baby is cute, of course, it's Justin and Jessica!" Timberlake’s former *NSYNC bandmate Lance Bass, 41, told Entertainment Tonight on Friday, adding that he and the other group members were privy to the baby news "before anyone else.”

The “Daily Popcast” host said the *NSYNC group text thread has been littered with baby chat," adding, "It's all been conversations about a newborn."

"[Justin and Jessica are] very, very happy," said Bass, who stopped short of confirming the name of the new bundle of joy. "That's a good question, but there's no way. [Justin] would kill me!" 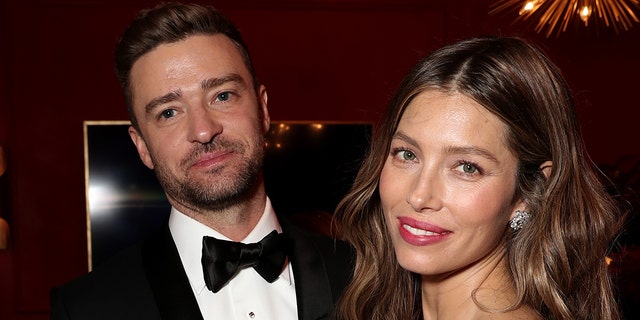 The “Suit & Tie” performer, 39, and the “Sinner” actress, 38, are already parents to 5-year-old son, Silas and have not publicly confirmed the news themselves.

Reps for Timberlake and Biel did not respond to multiple requests from Fox News for comment.

Tags: and, Jessica, Justin, Timberlake
Recent Posts
We and our partners use cookies on this site to improve our service, perform analytics, personalize advertising, measure advertising performance, and remember website preferences.Ok