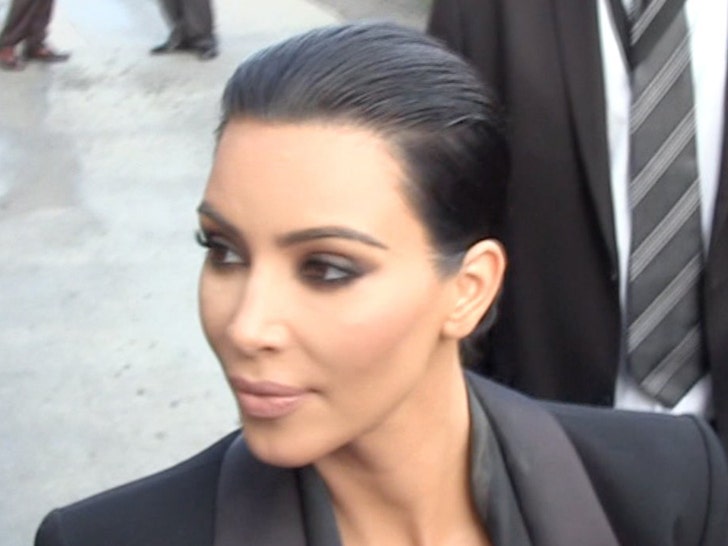 Kim Kardashian‘s maintenance and cleaning crew has come together to go after her in court for allegedly failing to pay wages, provide meal breaks and cover expenses … but Kim claims she’s the wrong target, and the vendor is the one who short-changed the workers.

However, a rep for Kim tells TMZ … she hired a third-party vendor for the ongoing maintenance/cleaning services, and she’s not privy to the agreement made between the vendor and the workers. The rep insists Kim  “is not responsible for how the vendor manages their business and the agreements they have made directly with their staff.”

The rep adds … “Kim has never not paid a vendor for their services and hopes that the issue between this worker and the vendor who hired them can be amicably resolved soon.”

In the docs, the workers allege they were not given pay stubs, not paid on a regular schedule, not given meal and rest breaks, not properly reimbursed for expenses, not provided a system to record their hours, and thus … were not paid for all of their hours, including overtime.

According to the lawsuit, one employee also claims he was fired after he inquired about his rights and those of his son … whom he says was only 16 but worked more than the maximum hours allowed for a minor under California labor law.

Again, we’re told Kim’s stance is this is an issue with the vendor … and she’s not the one workers should be going after. As one source put it, Kim’s never missed a cellphone bill payment, let alone payment for workers at her home.

The workers are seeking damages and other penalties.