Even Kim Kardashian West couldn’t keep up with her famous family as they planned a deeply touching and incredibly personal blowout for her 40th birthday. The sweet surprise was documented on Wednesday’s episode of Keeping Up With the Kardashians, which centered around the mother of four’s milestone birthday.

Due to the coronavirus pandemic, Kim was unable to carry out her big birthday plans, which she said included a “Wild, Wild Mrs. West” party in Wyoming and an epic robotic piece from designer Thierry Mugler.

Disappointed that she had to give up on her plans, Kim seemed content to simply revisit her most memorable KUWTK moments with her family for a special. What she didn’t know was that they were secretly planning a second celebration with family friend and celebrity party planner, Mindy Weiss, who has known momager Kris Jenner since Kourtney Kardashian’s birth.

The party recreated all of Kim’s most iconic birthdays, which were documented on video by her late father, Robert Kardashian. The KKW Beauty founder’s sisters decided to get in on her 10th bash, choreographed dance and all.

“When Kim was turning 10 years old I was throwing a big party at the house. And I came up with the idea that I would get all of her girlfriends to give a performance,” Kris explained. “I thought it would be so much fun to recreate the dance.”

Turns out dancing isn’t the Kardashian-Jenner sisters’ forte as they tried and failed to rehearse the moves.

Celebrate Kim with us TONIGHT with a very special birthday episode of @kuwtk 🎉💖 10/9c on E!

“I have no clue how Kylie and I got roped into this dance because we weren’t even alive when it happened,” Kendall Jenner added.

Kourtney took the lead and ultimately it was decided that she would be the only one actually performing the moves while the other sisters did a kick line behind her.

They tricked Kim into coming to the party and dressing up by telling her she was needed for a fancy photo shoot, but when she arrived and saw ponies and balloons recreating her first birthday, she realized that this wasn’t a shoot at all.

The event featured Kim’s closest friends and family and Kourtney explained, “Because of COVID, everyone has to get tested before coming in the party.”

Once inside Kim was treated to different stations from each birthday including a Halloween-themed bash, a diner party, and even the same car that Kris bought her for her 16th birthday.

Massive screens with all the home videos played behind her as she got to look back on her most epic birthdays.

The evening ended with the group taking her to a recreated TAO nightclub, where Kim celebrated more than a decade of parties in her 20s and 30s.

Her husband, Kanye West, was by her side and the pair packed on the PDA. 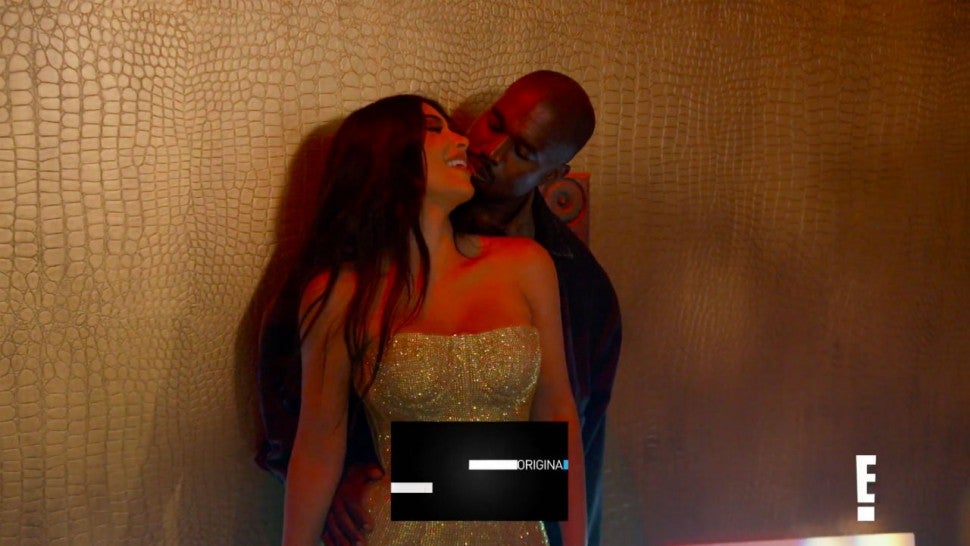 Though KUWTK is typically pre-taped months in advance, this episode was clearly more recent as Khloe Kardashian and Tristan Thompson had rekindled their romance and were also showing some PDA at the soiree. 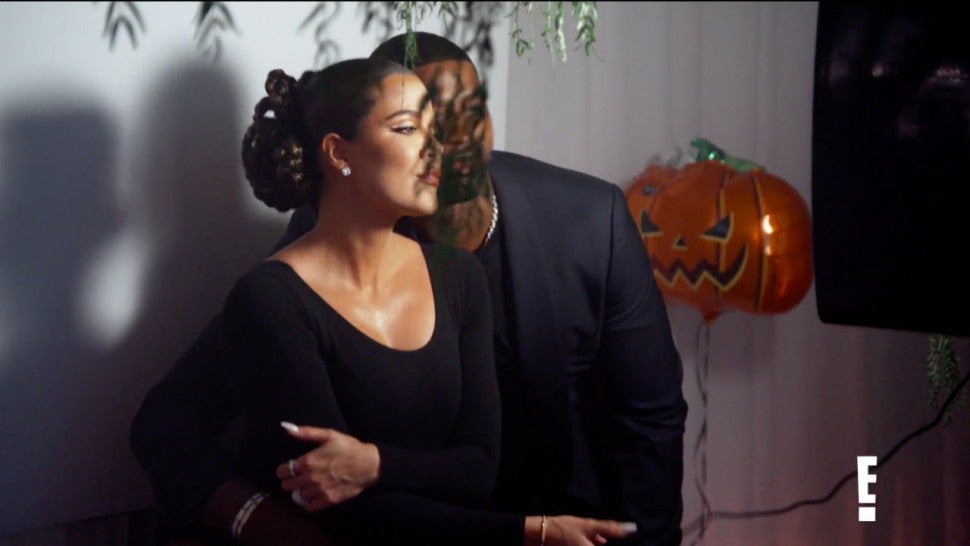 The birthday celebrations aren’t ending there! A source previously told ET that Kim has brought her family and friends to an island on private planes to celebrate her milestone.