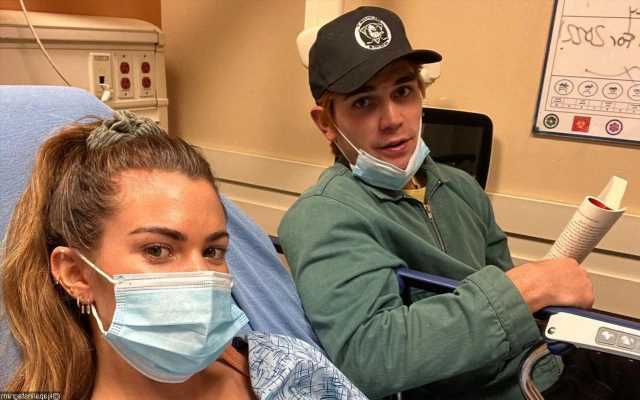 The Archie Andrews depicter on ‘Riverdale’ clarifies that he’s not expecting another child ‘yet’ after sharing a photo of him and Clara Berry, who wears a hospital gown, in a hospital room.

AceShowbiz –KJ Apa is setting the records straight before his fans take it too far. The “Riverdale” star has clarified that he is not having another baby when revealing that he spent New Year’s Eve with Clara Berry in hospital.

On Friday, December 31, the actor portraying Archie Andrews on the hit The CW series took to his Instagram page to share a photo of himself beside a masked-up Berry, who could be seen wearing a hospital gown in a hospital bed. “Happy new year. We’re back in the hospital,” so he wrote in the caption.

Apa proceeded to poke fun at the situation and further clarify in the comments section that they’re not expecting another child after welcoming their first baby just a little over three months ago. “No we’re not having another baby,” the 24-year-old star penned, which he immediately followed up with, “Yet.”

Berry gave birth to their son Sasha Vai Keneti Apa on September 23. At the time, the model announced her first child’s arrival with an adorable Instagram post featuring her baby boy’s hands. “He is a perfect perfection. I am the luckiest to have now two men of my life, filling my heart with this cosmic gigantic vast love [heart emoji],” she captioned her post.

One month into relishing life as a new dad, Apa posted a video of himself mixing Berry’s breast milk with his coffee. In the video, the “I Still Believe” actor, who wore a green baseball cap and grey blazer over a white T-shirt, could be seen giggling while pouring the milk into his cup. “My wife is a milk machine and I love it,” he cheekily captioned his post. In response, Berry, wrote in the comment section, “Happy to feed my family.”

Many of his fans wondered about his relationship status as he called his girlfriend “wife” in the caption. “WIFE?????? WHAT :O STOP YOU DID NOT,” wrote one person, while another chimed in, “You got married and didn’t tell me??”

A third exclaimed, “Wait what means my WIFE???” A fourth asked Apa, “Huh wife? Did we miss something?” In the meantime, a separate social media user penned, “Is wife used endearingly here or did he get married???”

His celebrity pals also reacted to his hilarious video. “Ahaha yessss I told you!” Apa’s co-star Vanessa Morgan commented while the “Shake It Up” alum Bella Thorne joked, “This is amazing gross and amazing all at the same time hahaha.”

Previous post ‘The Power of the Dog’: Benedict Cumberbatch Had a Dream Analyst on the Set With Polarizing Results 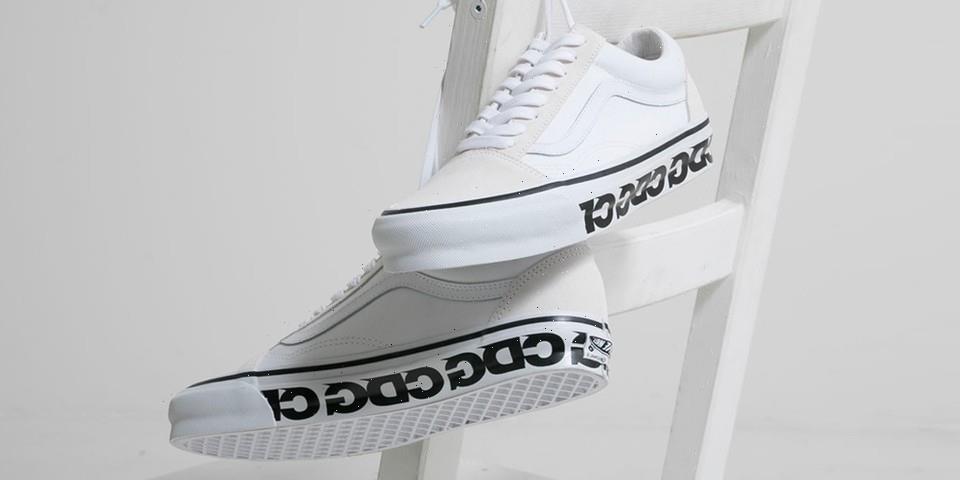