Scott Disick has been a part of the Kardashian-Jenner family for over ten years. As the ex-boyfriend of Kourtney Kardashian and the father of her three young children, Disick has been featured on Keeping Up with the Kardashians since the very beginning. Viewers have followed along with Disick’s struggles, witnessing his problems with alcohol and depression, and ultimately, his breakup with Kourtney Kardashian. These days, Disick is single once again, after a longtime relationship with Sofia Richie, and fans recently speculated about the possible love match that could introduce a fresh wave of viewers to the struggling reality show. 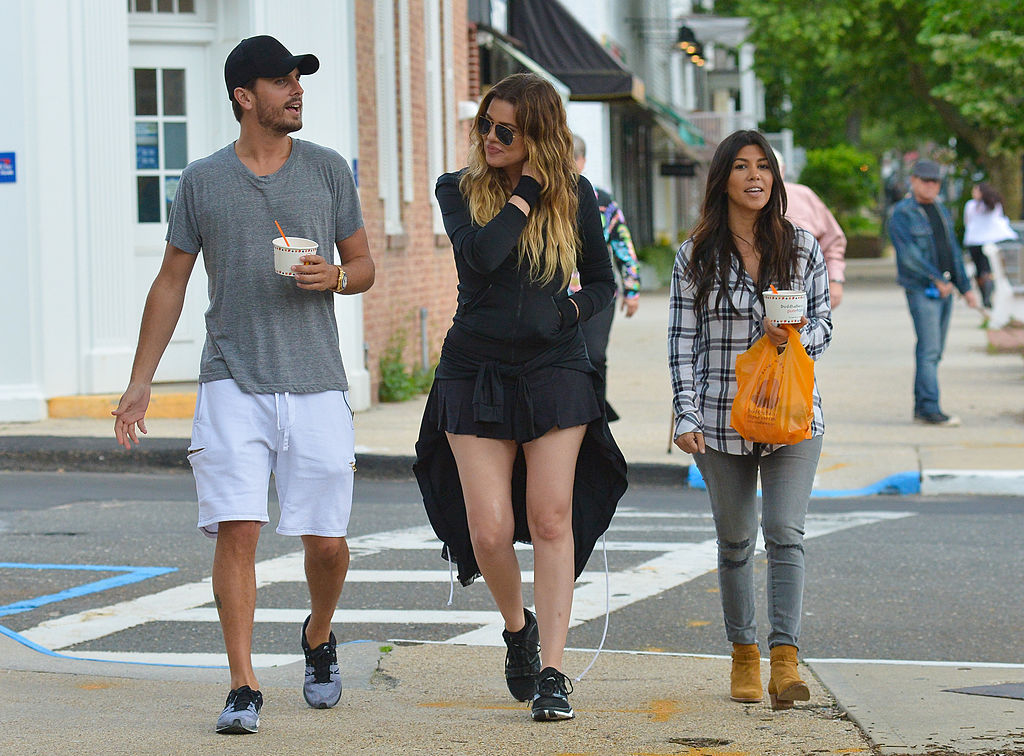 Scott Disick and Kourtney Kardashian first started dating around the year 2006, after meeting at a house party thrown by Joe Francis. They dated for years, and by the time Keeping Up with the Kardashians premiered in 2010, Disick and Kardashian were an established couple. Still, they had many problems even from the start, and the show chronicled the way that Disick’s hard-partying ways often drove a wedge in between the pair.

Kourtney Kardashian’s younger sister, Khloé Kardashian, definitely disapproved of the way that Disick treated her sister. The outspoken sibling was not afraid to challenge Disick in public, and they verbally sparred on-camera on several occasions. To many, it seemed as though Khloé Kardashian would never fully accept Disick (and his drinking) as a suitable partner for her older sister.

Last min get away and it feels so good @flyprvt

Over the years, Khloé Kardashian and Scott Disick have been able to overcome their differences and not only become cordial but to establish a true friendship. According to Life & Style, sources have claimed that the two share the “same dry sense of humor” and that Kardashian has really grown to appreciate the way that Disick has matured over the years. The two have spent a great deal of time together in the past few years, and have even worked on various projects together.

Even after Disick and Kourtney Kardashian broke up, following the birth of their third child, Reign, Disick and Khloé Kardashian have remained exceptionally close. They have posted several selfies together, with Disick claiming that their relationship is truly “friendship goals.” There has been some ongoing speculation as to whether Disick and his sister-in-law have ever been more than friends, but it seems unlikely — in spite of the fact that the two don’t mind teasing the possibility from time to time with flirty Instagram captions.

Scott Disick and Sofia Richie dated for several years, following Disick’s breakup from Kourtney Kardashian. Recently, however, the two split up, with rumors swirling that differing points of view on life and their big age gap played a role in the breakup. Now that both Scott Disick and Kourtney Kardashian are once again single, some have started to speculate that the former partners will get back together. However, other fans have a wildly different theory.

In a recent Reddit thread, some fans suggested that one storyline that could inject life into Keeping Up with the Kardashians is if Disick and Khloé Kardashian were to have a romantic relationship. One poster stated that Disick has “better chemistry” with Khloé Kardashian than with Kourtney Kardashian and that a fling between the two would be “what we need to save the show.” Another fan stated that “if for some reason that ever happened, you know EVERYONE would be tuning in to see that.” Although it seems unlikely at this point, stranger things have happened within the Kardashian clan!

Tags: 'KUWTK':, a, Could, Sco
Recent Posts
We and our partners use cookies on this site to improve our service, perform analytics, personalize advertising, measure advertising performance, and remember website preferences.Ok