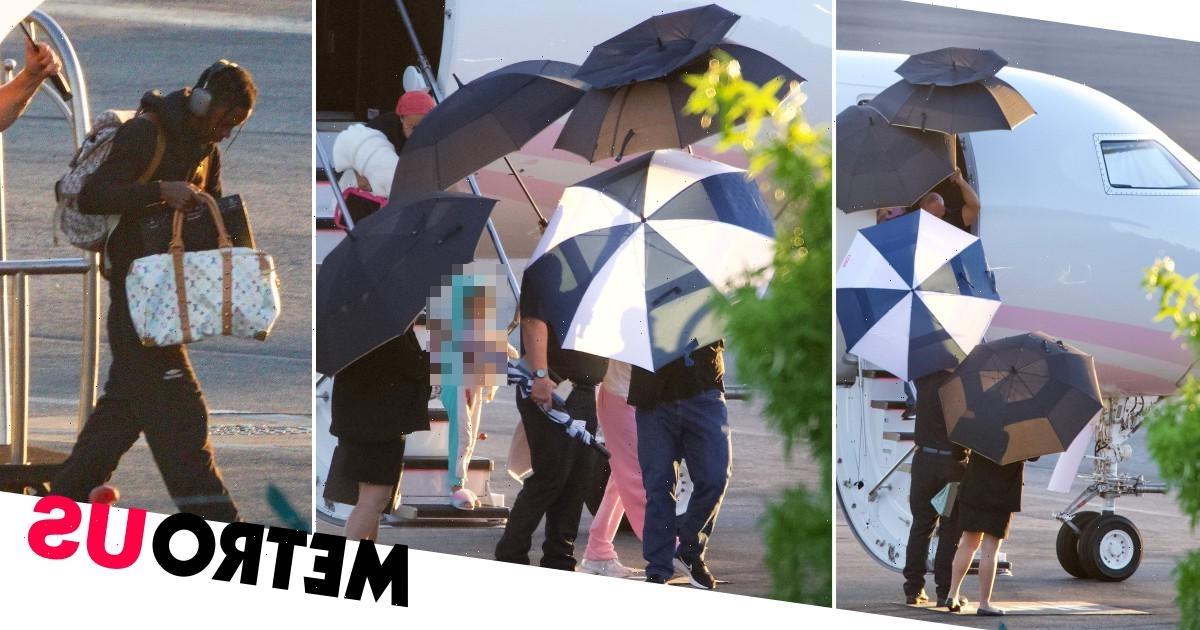 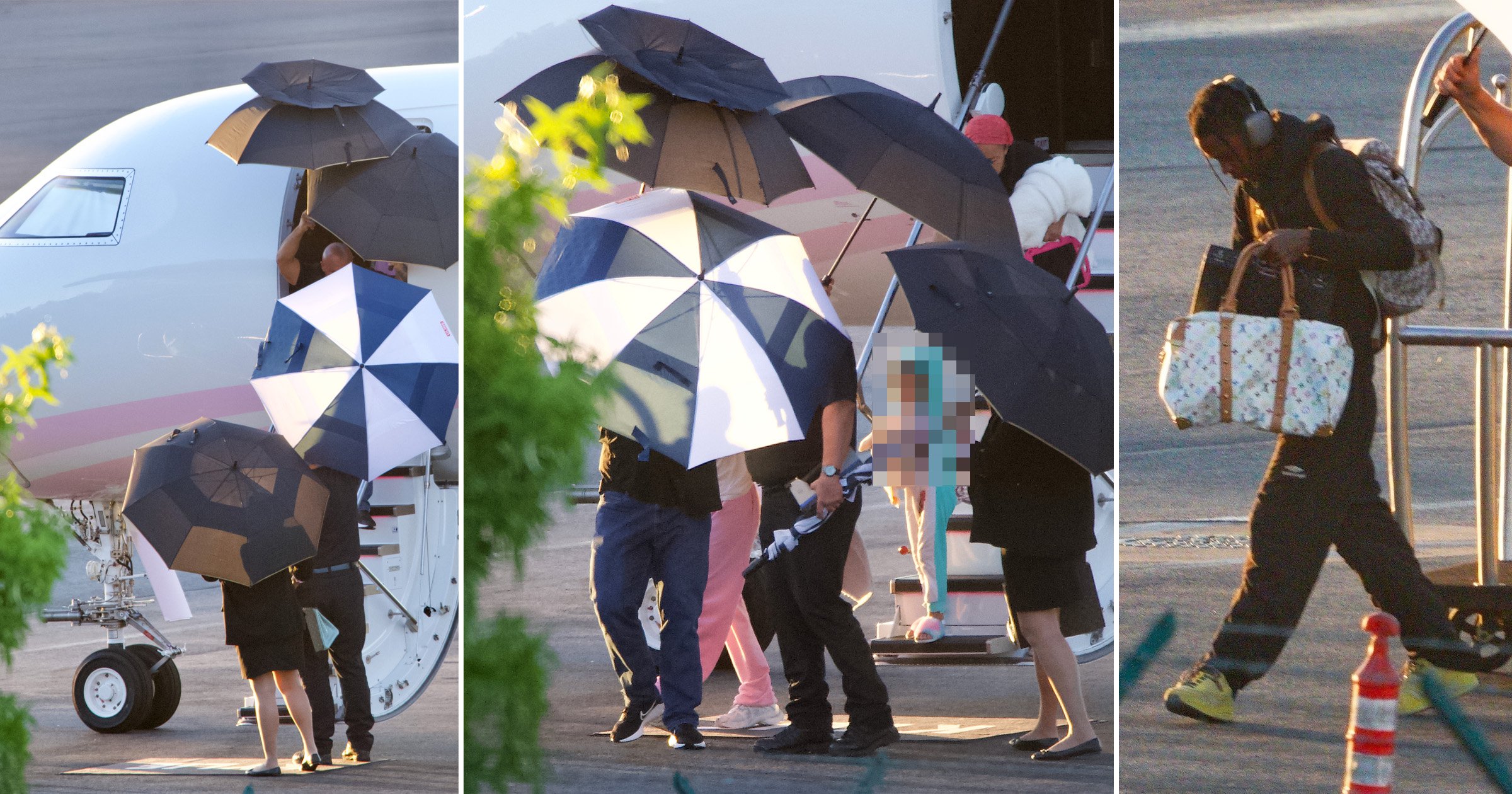 Kylie Jenner took low-key to a new level as she was seen hiding under several umbrellas.

The 25-year-old reality star was pictured arriving in Los Angeles following her birthday bash in the Bahamas.

It must have been an eventful night for Kylie, as she was hidden by large umbrellas as she entered her private jet.

Last month, the  Kylie Cosmetics mogul was criticised for boasting about her private jet and faced backlash for using Kylie Air to take a 12-minute flight for what would have been a 40-minute car journey.

Shortly after, the star was labelled a ‘climate criminal’ for her short, frequent flights.

Standing in front of two private jets – one for Kylie and one for partner Travis Scott – she took a snap and captioned the photo ‘you wanna take mine or yours?’

Her followers labelled her ‘classless’ for boasting about her lavish planes and for using them excessively in the climate crisis amid claims she used her jet for 10-to-25-minute flights across California.

According to reports, the Bombardier Global 7500 jet flew for 35 minutes from Palm Springs to Van Nuys airport near her Hidden Hills mansion on July 15.

It’s said Kylie then flew from Van Nuys to Ventura County on a flight which took only 12 minutes .

Kylie is yet to address the criticism of her reported trips, but one TikTok user congratulated the star on not taking her ‘private plane for the 3 minute drive’ to Target, as another penned: ‘Climate change is real.’

It’s been an exciting few days for Kylie as she celebrated her 25th birthday which fell on Wednesday, with a lavish private party on a yacht that included tequila shots, and fireworks.

And a lavish birthday also means lavish gifts, as the business entrepreneur was treated to a rare $100,000 (£81,930) Hermès handbag by her mum, momager Kris Jenner.

An insider told E! News the group, which included sister Kendall, had been relaxing together in the sunshine, adding that Kylie loves that she can bring her young daughter to the celebrations.

‘They have been spending time relaxing by the pool and the beach while having drinks and quality girl time,’ the source said.

‘Kylie loves that she can bring Stormi along and celebrate these milestones with her.’

The beauty entrepreneur is also mum to a six-month-old son, whose name has not been revealed, with rap star Travis. 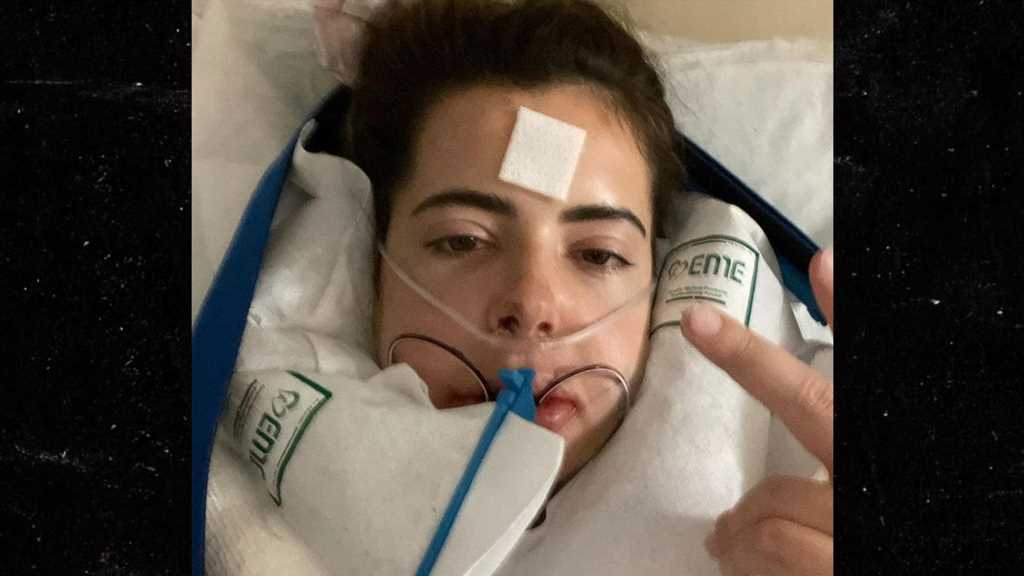 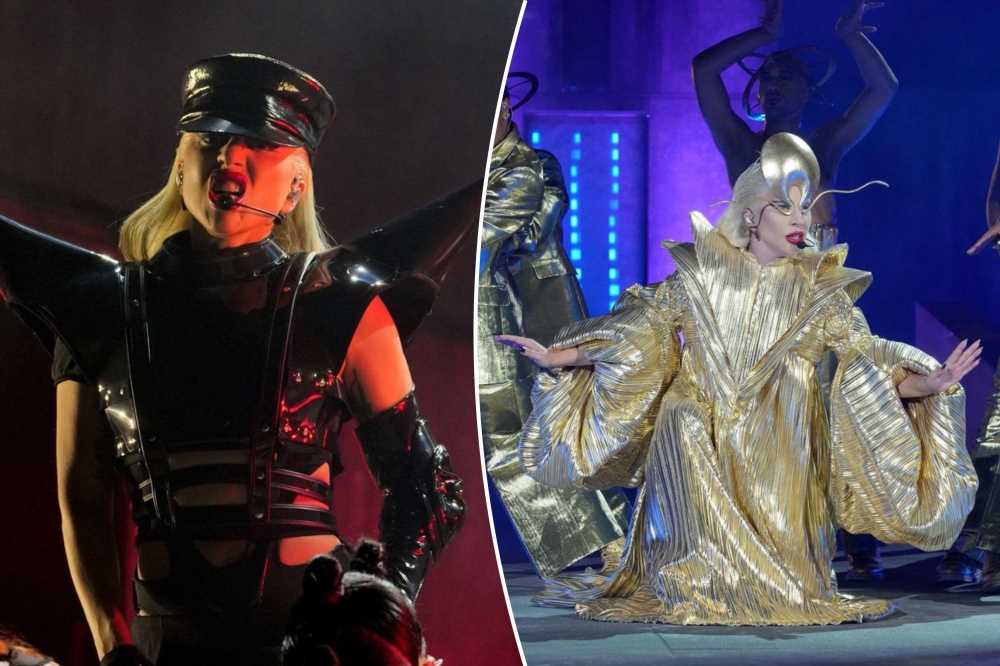