Leslie Jones was Steve Kornacki’s lead cheerleader as fans flocked to Twitter to gush over the MSNBC election analyst’s coverage of the Georgia runoff election results.

MSNBC’s Steve Kornacki, 41, returned to the Big Board during the Georgia runoff election results on Tuesday night and his coverage soon got the attention of several Twitter users, including one of his biggest fans, Leslie Jones! The 53-year-old actress, who first gushed over the political journalist during his live nonstop coverage during the 2020 presidential election results in Nov., was at it again when she posted numerous hilarious tweets that proved her love for him hasn’t wavered. “YASSSSSSSSSS MY LOVE STEVE IS BACK!!! #KornackiThirstcontinues,” her first tweet about Steve read, which also included a video of her TV showing his coverage.

Leslie’s second tweet about Steve, which was included among many other tweets about the election results, continued to show enthusiasm. “Let go Steve!!! #KornackiThirstcontinues,” she wrote before sharing a third Steve-related tweet that also revealed her fear about the results. “I’m scared but Steve is here so I’m good!!” it read.

A fourth Steve-related tweet read, “Hey I have a question Steve!!!”, and a fifth revealed the “fun” she was having watching him in action. “So fun to watch!! Go Steve. #KornackiThirstcontinues,” she enthused.

Leslie’s tweets weren’t the only ones being shared about Steve. The former Saturday Night Live star was joined by a plethora of Twitter users who were also excited to see Steve returning to the small screen to show off his incredible work ethic and report on the two crucial races that will determine the U.S. Senate. 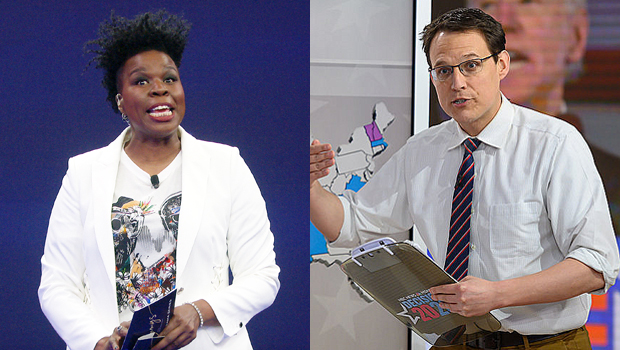 Tags: Leslie Jones
Recent Posts
We and our partners use cookies on this site to improve our service, perform analytics, personalize advertising, measure advertising performance, and remember website preferences.Ok