Lindsey Vonn and P.K. Subban have called it quits.

The Olympic skier, 36, announced their split on Instagram on Tuesday after three years together.

In the post, Vonn shared a snap of herself and Subban, 31, cuddled up and smiling together.

"Over the past 3 years PK and I have had some incredible times together. He is a kind, good man, and someone I respect a great deal," she wrote in the caption. "However, after much consideration we have decided to move forward separately. We will always remain friends and love each other immensely." 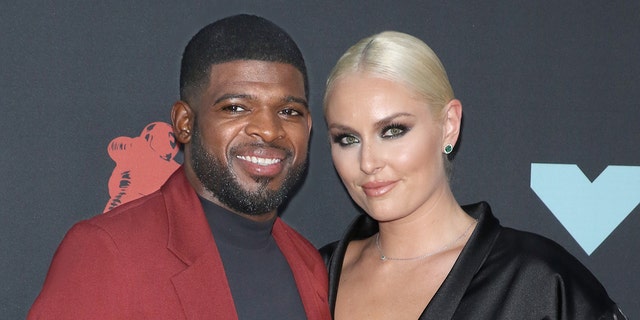 P.K. Subban and Lindsey Vonn have ended their engagement after three years together. (Photo by Jim Spellman/FilmMagic)

Subban shared the same photo on his own Instagram and added a nearly identical caption.

"Lindsey is one of the most kind and caring people I know," he gushed in the post. "I will always treasure our time as a couple together and the many laughs we shared."

The remainder of his caption echoed his ex's statement on their decision "to move forward separately," and also assured fans that he and Vonn plan to "always remain friends."

Reps for Vonn declined to comment when reached by Fox News, while Subban's reps did not immediately respond.

The duo met in 2017 at a Nickelodeon event and went public with their relationship in June 2018 at the CMT Music Awards.

Then, just over a year later, in Aug. 2019, Vonn and the hockey pro announced their engagement in an interview with Vogue. 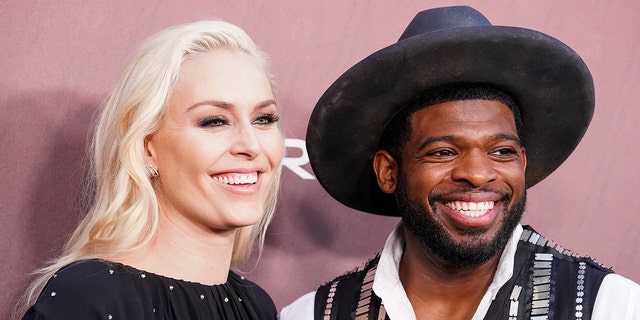 Lindsey Vonn and P.K. Subban first went public with their relationship in 2018. (Photo by Rachel Luna/WireImage)

A few months later, Vonn followed suit, doubling down on their engagement by proposing to Subban herself.

"Merry Christmas and happy holidays everyone!! On our 2 year anniversary, in a 'non traditional' move, I asked PK to marry me and he said, Yes!" she announced in a tweet at the time. "Women aren’t the only ones who should get engagement rings!"

Vonn revealed in the fall that she and Subban had planned to marry over the summer, but they postponed their wedding plans due to the coronavirus pandemic.

"Right off the bat, I knew he was different," Lindsey revealed in her Vogue interview. "But I’d been married before, so I was pretty hesitant to let myself think that I could find someone that I would want to be married to again. After a few months of dating, I knew he was the one I wanted to be with, though. He makes me happy, and he’s so positive and energetic."

Subban had similar feelings: "I knew that I was all in. I didn’t know I would get married or engaged, but I knew that she had the potential to be the person whom I could spend the rest of my life with."

The Associated Press contributed to this report