Lorraine Kelly made an appearance on RuPaul’s Drag Race UK last night and agreed that one of the stars of the show would make a great co-host. A viewer reached out to the presenter via social media and said they were starting a petition to get Lawrence Chaney on her breakfast show.

“Staring a petition for @ShadyLawrence to be a permanent co host with @reallorraine on morning telly #DragRaceUK,” one BBC viewer tweeted last night.

Lorraine shared the post with her 628,100 followers and gave her stamp of approval.

The 61-year-old has fronted Lorraine on her own since 2010, with guest stars appearing when she’s on holiday. 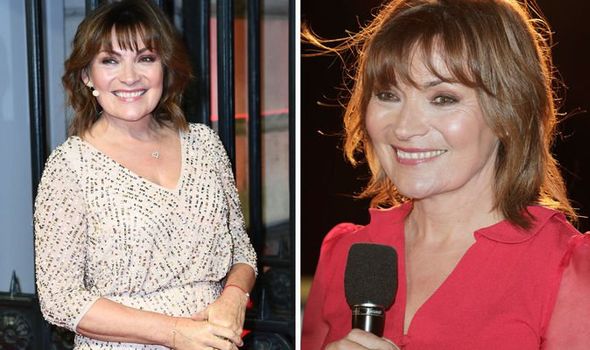 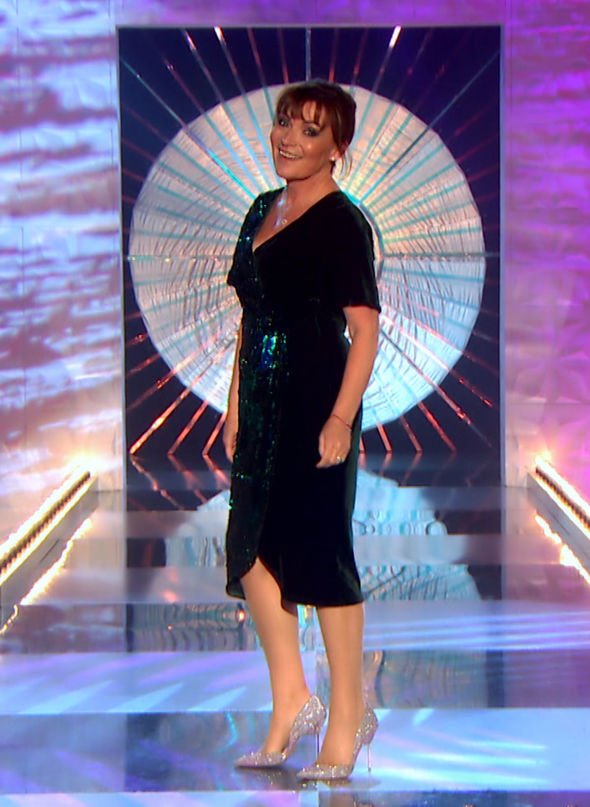 Many took to the comments section to share their thoughts.

“@ShadyLawrence would be a great asset for morning TV,” wrote one social media user.

Last night, the Lorraine admitted that she was “totally star struck” when she met RuPaul during her appearance.

The ITV star shared her thoughts after a fan got in touch to say they were excited to see her on the programme. 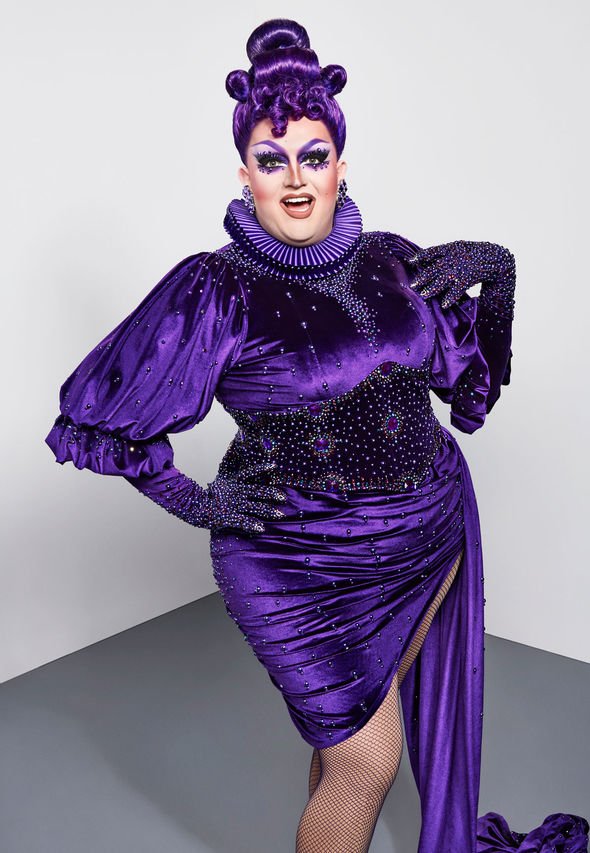 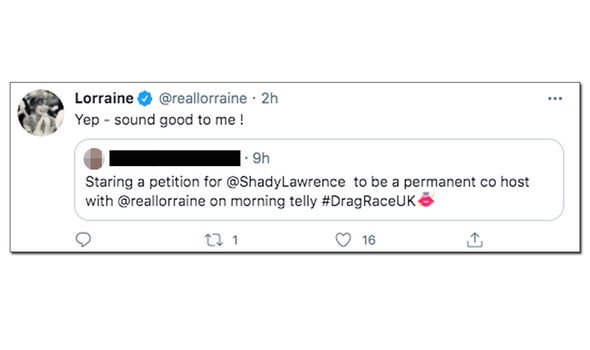 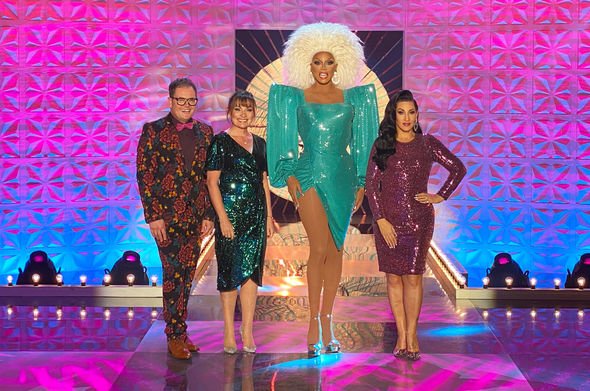 “Oh love! I was totally star struck and couldn’t believe I was sitting beside RU PAUL!” the mum-of-one revealed.

“I love her! So I think I was a wee bit overawed and quiet.

“There’s a big shock though – let me know what you think.”

“When a new Supreme rises, the old one fades away,” one fan tweeted, to which Lorraine replied: “Well exactly! @ShadyLawrence is the new supreme.”

“I hope she ends up becoming a reporter for you or @thismorning.”

“She would be great.” another follower remarked.

The fourth episode of the BBC show was filmed before the coronavirus pandemic interrupted production.

It saw the TV star judge the contestants, who were tasked with presenting their own daytime show, Morning Glory.

The next instalment was recorded months later and features video diaries that the stars filmed during lockdown.