Lucy Verasamy stuns in a sparkly ensemble for weather forecast

Weather presenter Lucy Verasamy disappointed some of her fans as she revealed the weather could drop by Easter weekend next week. The 40-year-old shared a weather map from the Met Desk’s Twitter page today, in view of her 168,000 followers.

The map gave a glimpse of the expected warm to cooler temperatures from Monday to Sunday.

The caption read: “A roller coaster ride of temperatures for the UK, with summer-like warmth early next week replaced by cold northerly winds at Easter.”

Lucy shared the tweet on her page, writing: “Don’t be (April) fooled by the warmth early next week – much colder by Easter weekend will it be a snowy or sunny bunny?!”

One user wrote: “Doh! Just had to spoil it didn’t you – thank you for the warning, stay safe.” 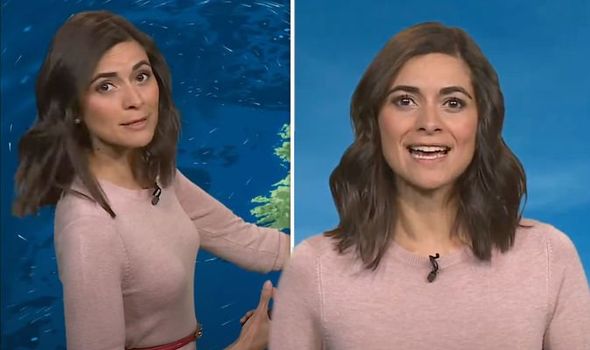 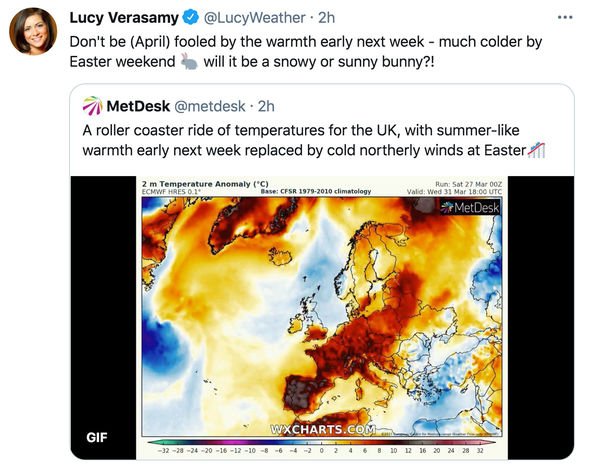 A second commented: “BBQ next Saturday not a great idea then?”

“Fantastic not, a third added.

According to the Met Office, the pre-Easter period will contain a variety of weather across the UK.

Met Office Chief Meteorologist Andy Page said: “From Saturday we are going to see a change in weather across the UK, with the northern and southern parts of Britain experiencing quite marked differences. 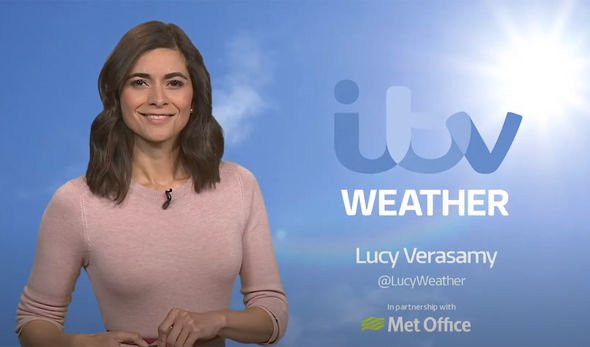 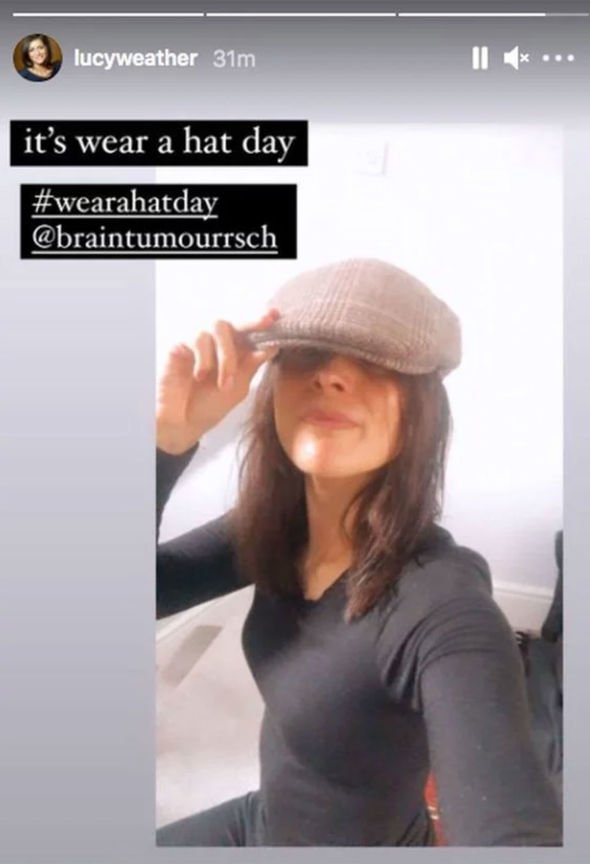 “The northern half of Britain will see strong winds and heavy rain, especially in parts of Western Scotland where a Yellow warning for rain will be in force for 48 hours from 6pm on Sunday evening.”

Andy added: “However, in sheltered central and southern parts of the UK, weather conditions will be much calmer with temperatures climbing in the March sunshine to highs into the low 20s, with the possibility of 24.0 C in southeast England by Tuesday.”

Lucy’s warning comes after she shared a rare selfie on her Instagram page yesterday.

Taking to her Story, she showcased her slender physique as she posed wearing a flat cap.

The weather presenter shared the picture as part of the Wear A Hat campaign which launched in 2010. Funds donated go towards Brain Tumour Research.

Elsewhere, Lucy previously spilled on the messages she had received from some of her followers.

She told Daily Express: “People see presenters in their living rooms day in, day out and they think that they know us. The public can be very vocal.

“The comments on Twitter are always really active. I read everything.

“I get comments saying my arms are lovely and toned and others saying I look too thin, you can’t do right for doing wrong.”

On how she got her break in weather presenting, Lucy added she believes she was in the right place at the right time.

“I sort of got trained in house, worked there for a few years and then a few years later I ended up at Sky News,” she spilled.