The Chase star Mark Labbett, 55, reminded fans that Beat The Chasers returned to screens this evening. Ahead of the show airing, he revealed he was “shattered” at the time of filming. In view of his 142,000 followers, he wrote: “#beatthechasers about to start. If I look shattered, I was :).”

One user wrote: “Getting the excuses in early ;).”

A second commented: “Fair play Mark you’re looking ever so trim, any advice?”

Tonight, Mark was seen jabbing his co-star Jenny Ryan in the arm after she answered his question. 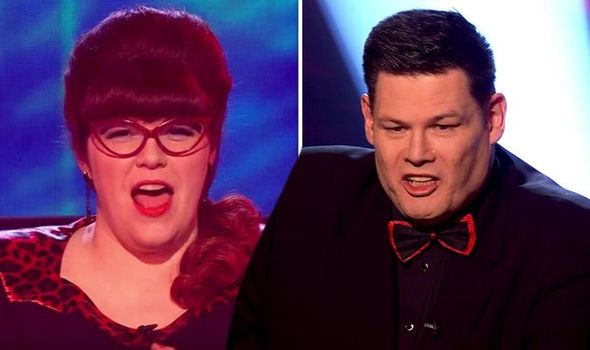 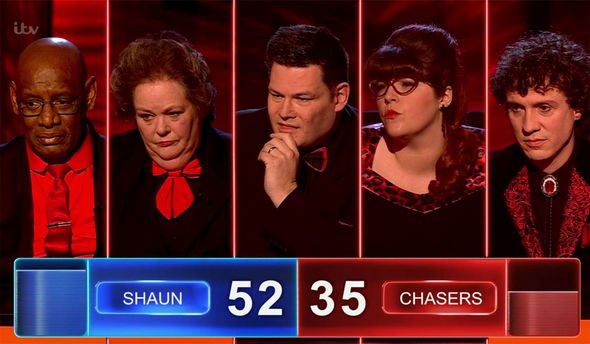 The outcome meant the answer was not allowed, which seemingly frustrated The Beast star.

He wrote: “#BeatTheChasers for those who wondered why I punched @jenlion on the arm, it was karma for her punching @paulsinha in same situation last series :).”

Others queried where Mark’s fellow quizmaster Paul Sinha was.

The latter is noticeably absent from the chasers line-up this evening, with new chaser Darragh in his place. 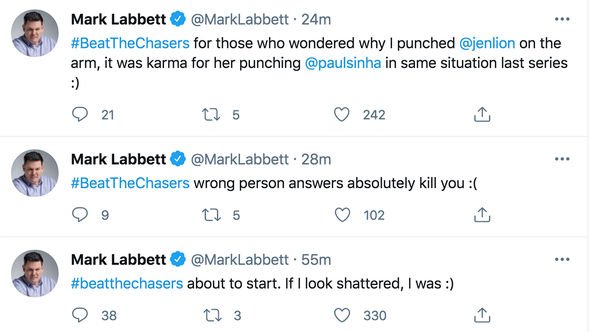 “Looking forward to it but where is @paulsinha please? Hope he is OK.”

A third added: “How come Paul isnt on it, was it filmed when he was poorly? Still think you look great.”

Paul previously tweeted he was ill at the time of filming fro Beat The Chasers.