“Perils of playing producer, cameraman and tech support all at the same time from home,” the national security correspondent explains 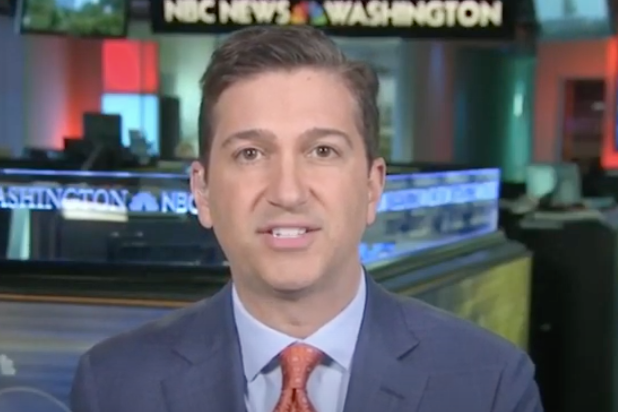 NBC News’ Ken Dilanian apologized Tuesday after he was caught on a hot mic on MSNBC dropping some NSFW words.

“So sorry for the profanity I used on air last hour. I was experiencing some technical difficulties and mistakenly hung up on the control room, though my mic still was on. Perils of playing producer, cameraman and tech support all at the same time from home,” he tweeted.

The national security correspondent added a hashtag — #2020 — and the relatable upside-down smiley-face emoji for emphasis.

Dilanian made an appearance on MSNBC earlier in the day, and a clip of it spread quickly across social media. He was speaking to anchor Craig Melvin about President Donald Trump’s refusal to accept the results of the 2020 election, which Trump lost to President-elect Joe Biden.

“Ken, what have you learned, Sir?” asks Melvin.

Journalists and celebrities rallied around him after his apology. Journalist Andrew Feinberg wrote, “Good thing it was a cable hit, though I suspect you accurately described how most Americans feel these days.” Helen Kennedy, on the other hand, ribbed him, saying, “You scared us Ken. These are delicate times. We are fragile.”

Ava DuVernay posted a simple “Broad City” gif as if to say, “Don’t worry about it.”

Watch below, but be warned: The video, obviously, contains swear words.