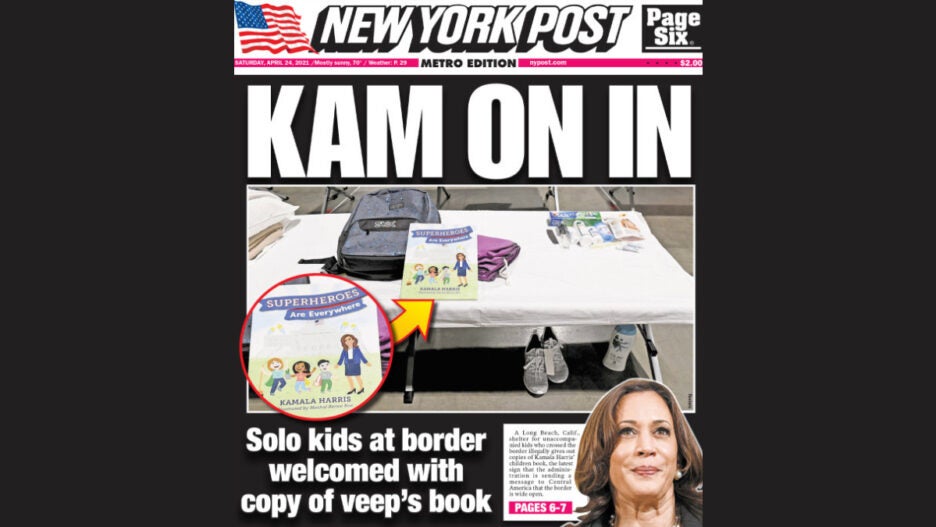 A New York Post reporter who wrote a since-retracted article about migrant children getting a copy of Vice President Kamala Harris’ book as part of “welcome kits” said she resigned on Tuesday after she was “ordered to write” the story.

“Today I handed in my resignation to my editors at the New York Post,” reporter Laura Italiano tweeted. “The Kamala Harris story — an incorrect story I was ordered to write and which I failed to push back hard enough against — was my breaking point.”

A spokesperson for the Post, which is owned by Rupert Murdoch’s News Corp., did not immediately respond to a request for comment.

The story originally was published last Friday, promoted on the Post’s Saturday front page and amplified by Fox News and prominent Republicans like RNC chair Ronna McDaniel and Sen. Tom Cotton. But according to fact-checking from other outlets, including The Washington Post, Harris’ book, “Superheroes Are Everywhere” has not been handed out to children as part of “welcome kits” at a shelter in Long Beach, California. One single copy of the book was donated during a donation drive, Long Beach officials told The Washington Post.

On Monday, the incorrect New York Post piece was taken offline briefly before a heavily edited version was reposted with an editor’s note that read, “The original version of this article said migrant kids were getting Harris’ book in a welcome kit, but has been updated to note that only one known copy of the book was given to a child.”