Piers Morgan, 53, isn’t usually one for being sentimental, but today was different. Amid his usual opinionated posts, he wrote a sweet message on Instagram to the Good Morning Britain “rock star editor”, Winnie Nelson.

Today we finally part as she heads off for an exciting new job with NBC. Their massive gain is our massive loss

In view of his 857,000 followers, Piers’ lengthy tribute to the production executive went down a treat with fans.

“Behind every great bickering TV married couple, there’s a small army of brilliant production people that make it all happen,” he penned.

“I’ve worked with Winnie Nelson for nearly 10 years, half at CNN in New York, half at GMB in London.

“And today we finally part as she heads off for an exciting new job with NBC. “Their massive gain is our massive loss,” he said. 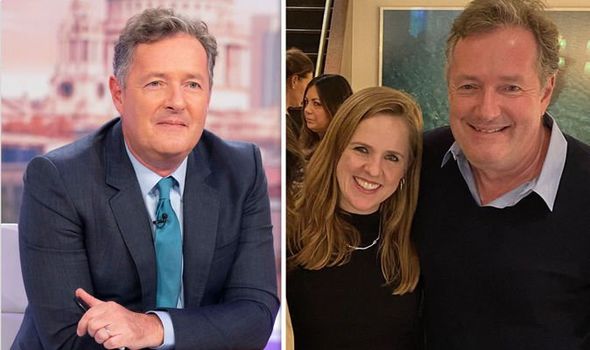 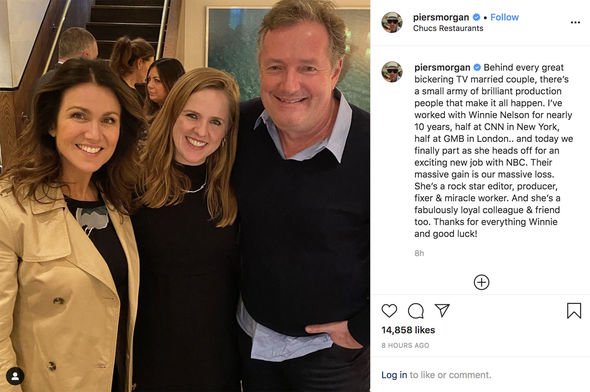 “Thanks for everything Winnie and good luck!”

And, it didn’t stop there as it wasn’t his only heartfelt message yesterday.

The two ITV anchors dedicated a small segment of the show to Winnie this morning, where Susanna Reid began by saying: “We just want to say a very special message to a member of our team. 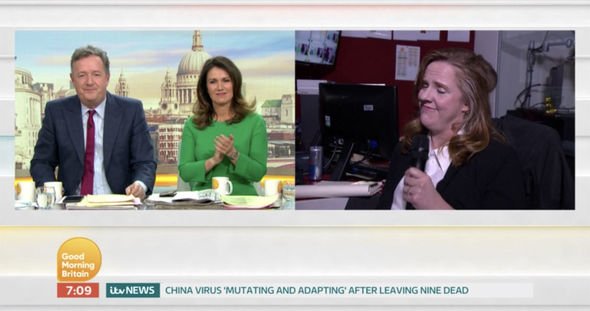 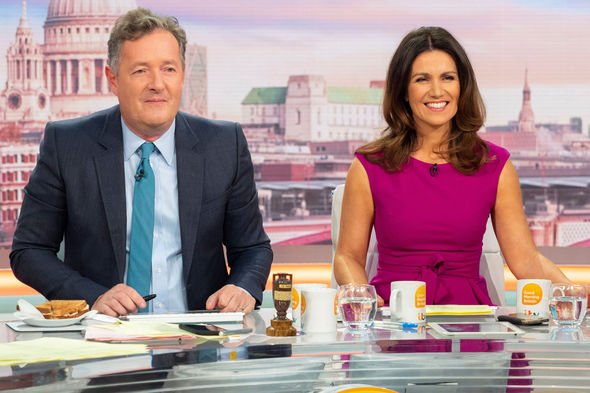 “Her name is Winnie, and she is a deputy editor on the program – but she is upping sticks and leaving us!”

Her outspoken co-star took a breath from discussing a number of controversial Meghan Markle lines to also add some more kind words dedicated to his friend.

In an earnest farewell, he said: “Now, Winnie and I we go back a long way.

“Because Winnie worked for me at CNN for four years at The Oprah Winfrey show – it’s been a descent ever since.

“She’s going off now to a top job at NBC. It’s a fantastic thing for her, and very bad news for us.”

Addressing her directly, Piers added: “Winnie, you’ve been on all the great hits we’ve had.

“When I was interviewing Donald Trump there you have been, standing at air force one, the Churchill war rooms.

“It has been fantastic to have you. I can’t believe you’re leaving. It’s incredibly sad.

“You’re a brilliant, brilliant TV executive, and now I’m going to give you the mic.”

Winnie simply replied: “It has been an honour working with you. The world has gone nuts!”

While his sincere message gained a lot of traction from fans sending their good luck messages and well wishes to Winnie, the Instagram comment section wasn’t lacking the usual negative responses from viewers who couldn’t help but take a dig at the controversial presenter.

“She must be jumping with joy to be rid of Piers. How do the rest of us, we can’t all move to NBC,” one user joked.

Another sarcastically asked: “Piers would you hop over to US on full time work again should an offer you can refuse happens?”