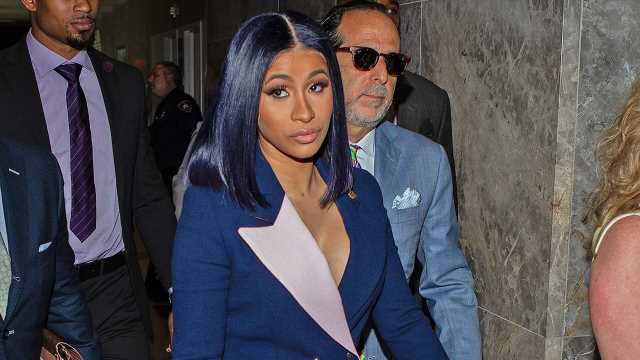 Cardi B commissioned an assault against a woman she thought was sleeping with her husband, Offset, planning the wild 2018 Queens strip club brawl on social media and discussing paying two people for the job, new court documents allege.

The Bronx-born rapper and co-defendants Tawana Jackson-Morel and Jeffrey Bush used social media to coordinate the time, day and location of the brawl — with Jackson-Morel and the “I Like It” star also discussing money being exchanged for the beat down, according to the Queens grand jury indictment.

The “Bodak Yellow” rapper, 26, pleaded not guilty in Queens Supreme Court on Tuesday to two felony charges of attempted assault charges plus additional misdemeanor charges after she allegedly roughed up two bartenders at Angels Gentlemen’s Club in Flushing last August.

If convicted, she faces up to four years in prison. 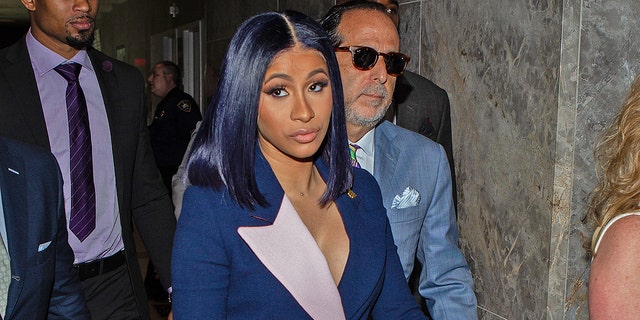 Cardi B leaves her arraignment on two felony assault counts and other misdemeanors at Queens County Supreme Court June 25, 2019 in the Queens borough of New York City. In all, the winner of 2019 Album of the Year at the BET Awards faces 12 charges related to an alleged August 2018 attack on bartenders at a Queens strip club, according to published reports.
(Getty)

“I know Cardi on a personal level. I know Cardi as a wife, as a mother, as a daughter, as a sister,” attorney Drew Findling said.

“It’ll ultimately be a positive outcome in favor of Cardi,” he said.

“We love you girl! Stay strong,” fans shouted as she was escorted into the building at 3 p.m. by burly security guards while wearing a navy double-breasted pantsuit with pink lapels and a matching hot pink Birkin bag.

The charges stem from a wild brawl at a Queens strip club where she allegedly hurled a hookah and bottles of champagne at bartender sisters Rachel Wattley, 21, and Sarah Wattley, 23, at the jiggle joint.

Cardi is also accused of siccing members of her crew on the women because she believed one of the women had sex with her husband, Offset.

According to the Queens District Attorney’s office, Cardi’s cronies ordered a drink from Rachel Wattley shortly after 3 a.m. on Aug. 15 before Jackson-Morel grabbed the woman’s hair and slammed her head into the bar and punched her while Bush recorded the attack.

The rapper returned with the duo on Aug. 27 when they turned their ire to older sister Sarah. Jackson-Morel allegedly threw a cocktail into her face while the rapper and Bush also hurled bottles of booze at her, the indictment alleges. 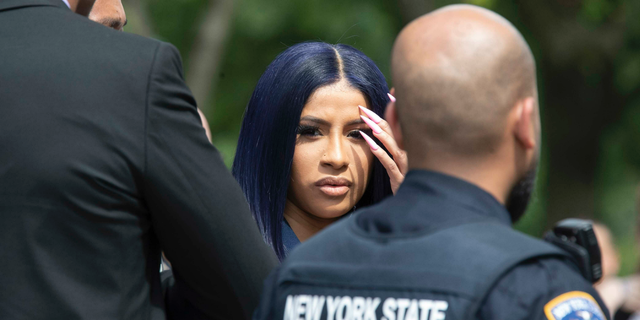 “The victims allegedly had glass bottles hurled at them, alcoholic drinks thrown in their faces and one woman’s head was slammed into the bar,” he said in a statement Tuesday.

“This kind of violence won’t be tolerated in our community. The defendants will be held accountable for their alleged actions.”

The trio were ultimately charged in a 12-count indictment including attempted assault, harassment, conspiracy and criminal solicitation.

An unrepentant Cardi has previously been full of bluster, telling fans at an LA concert last week, “I ain’t going to jail!”

She rejected a plea deal in April 2019 and her lawyer previously denied the attacks were premeditated.

On Monday night, the Grammy winner was on a private jet flying back from the BET Awards in LA with her 11-month-old daughter with Offset, Kulture — who she gifted a $100,000 diamond necklace with animated characters from the children’s series “World Party,” watching “Toy Story” and eating popcorn, via Instagram. 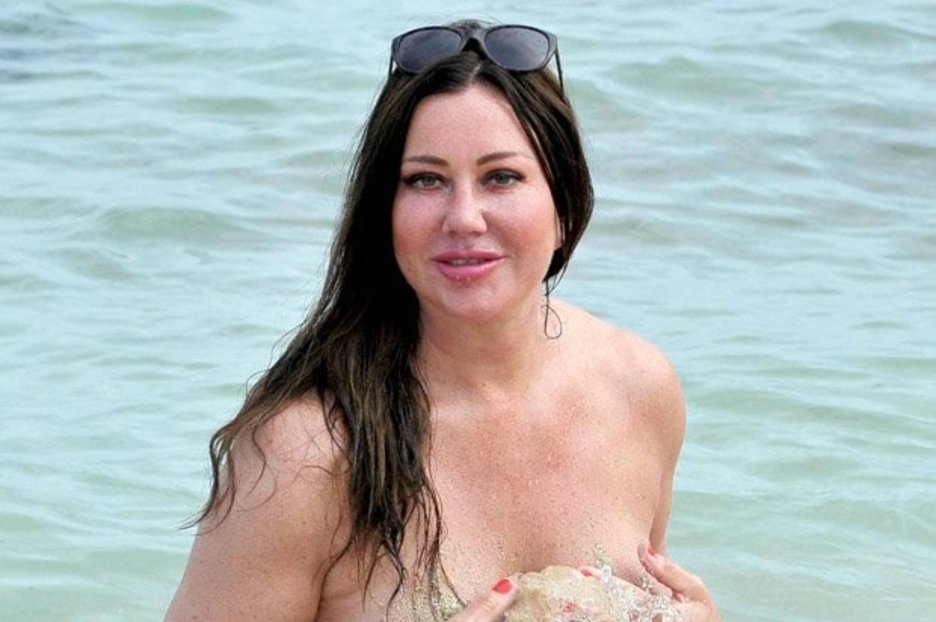 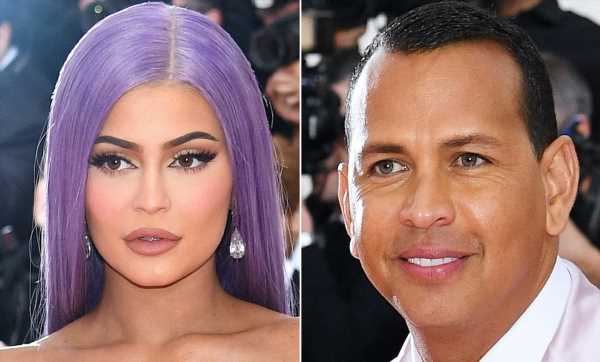