You can’t keep Rebel Wilson down. Days after her scary bike crash in London, she was out and about in some sexy pants.

If Rebel Wilson was still suffering the aches and pains from her terrifying bike accident, she didn’t look like it when she was spotted out and about on Wednesday (Mar. 24). Rebel, 41, was seen leaving her London hotel while rocking a pair of figure-hugging leather pants. The outfit – she also sported a fashionable knit top and some comfy-looking footwear – was a perfect pairing with the English weather. It also was a great way for Rebel to showed off her fitness journey, having more than sixty pounds. 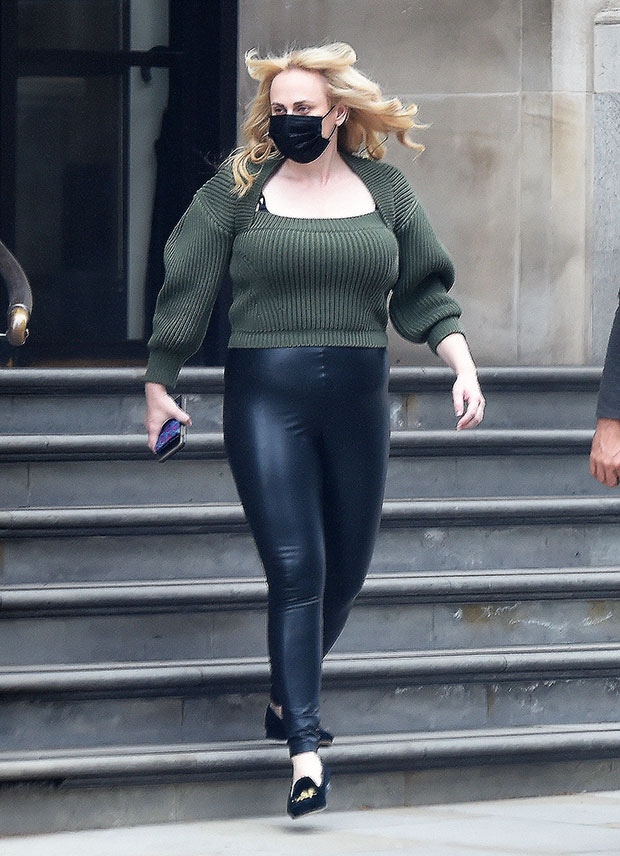 Rebel’s fitness journey almost hit a dead-end a few days before she rocked those leather pants. The Pitch Perfect alum posted on Monday (Mar. 22) that she was involved in an accident while cycling about. “F-ck people who don’ t have their dogs on the lead and let them run onto the road!” she captioned an Instagram Story showing her left leg and ankle elevated and covered in ice. “But 20 minutes earlier, before the accident, I was cycling great!” added Rebel, sharing a video of her riding her bike throughout London.

Before the wreck, Rebel staged a mini Bridesmaids reunion with Matt Lucas, the actor who played her sibling in the 2011 film. “Only gays in the village,” she captioned a Mar. 20 Instagram post. The picture showed them posing in front of a wall covered in bright graffiti. “love you Matt, you’re always there for helpful roommate/brotherly advice.” 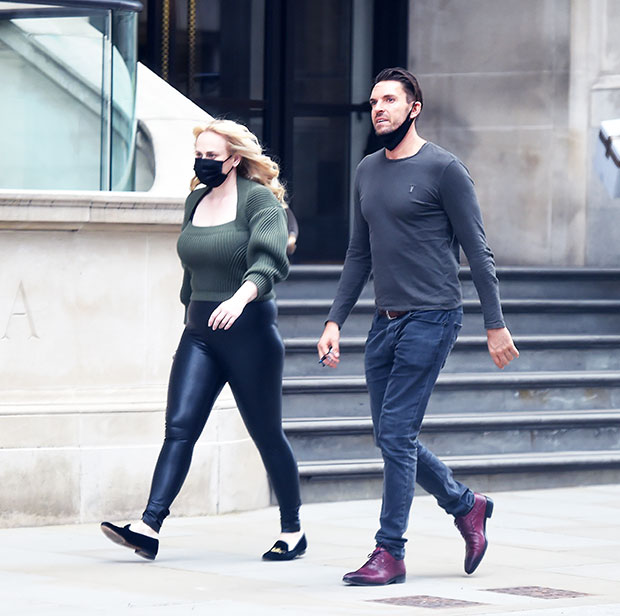 If Matt ever needs some workout advice, Rebel can return the favor. The comedian has made 2020 her “Year of Health” and hit her target weight goal – 165 lbs. – by November. “Even though it’s not about a weight number, it’s about being healthy, I needed a tangible measurement to have as a goal, and that was 75kg’s,” she posted at the end of the month.

The secret to Rebel’s success isn’t that secret. It’s diet and exercise. “I’ve really changed to eating a high-protein diet, which is challenging because I didn’t use to eat a lot of meat. I eat fish, salmon, and chicken breast,” she said in November. She also said that she’s fighting off temptation by allowing herself the chance to be tempted. “I have this state of being, which is not my quote, but I go ‘Nothing is forbidden.’ We’ll be like, ‘Should we get In-N-Out burger?’ And I’m like, ‘Nothing is forbidden.’ I can go there, I just might eat half of what I used to eat before. You know? And I’ll have a burger, and a few fries, and then you feel fine.”