Despite COVID cases being on the rise, Reginae Carter shut down Atlanta to throw her 22nd birthday party with a LOT of people in attendance.

Reginae Carter went all out for her 22nd birthday party on Nov. 29. The birthday girl threw an insane bash in Atlanta, which was 90s/2000s themed. She rocked a denim bikini and vest, along with a diamond necklace and sunglasses for the event. However, videos from the party revealed that there were hundreds of people in attendance, with no face masks or social distancing in sight amidst the rising coronavirus cases in the United States.

Instagram was flooded with pictures and videos from Reginae’s party. Her mom, Toya Johnson, shared a ton of clips, and Reginae herself posted footage on her own page. In one video, the 22-year-old’s dad, Lil Wayne, took center stage to perform, and she was by his side singing along with a drink in her hand. There were also performances from 2Chainz and Juvenile.

While many fans expressed jealousy at not being able to attend the bash themselves, Reginae also received a lot of criticism for the full house event. “Is corona not in Atlanta?” someone wondered on Twitter. “They was tooooo damn live at Reginae’s birthday party.” Someone else added, “Reginae party cute and all but all I keep thinking about is COVID,” while another person tweeted, “Reginae party looked lit af!!! But not a mask in sight…”

Reginae has yet to respond to the backlash, but she did thank her on-again boyfriend, YFN Lucci, for throwing her the party. “Thank you to my amazing boyfriend!” she wrote, “You did that party!” she completed the tweet with a series of blushing emojis. 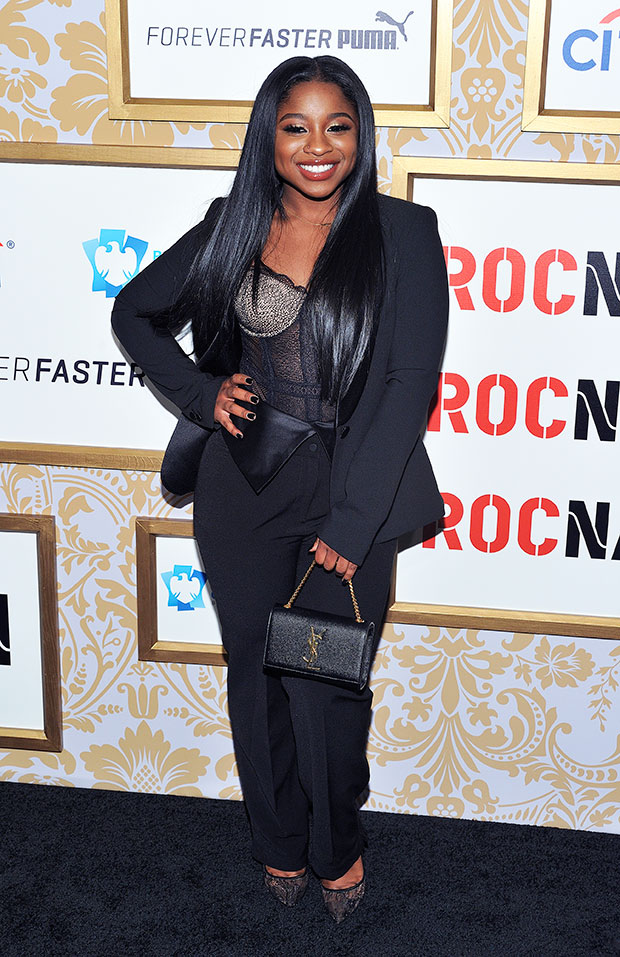 Reginae broke up with YFN Lucci in 2019 after noticing a “change” in his behavior during their relationship. The final straw came after he attended Alexi Skyy’s infamous ‘cucumber party’ in Aug. 2019. Reginae admittedly showed up to the party to spy on her man, and didn’t like the behavior that she saw at the event, which involved racy acts being performed with cucumbers.

However, earlier this year, fans began to speculate that Reginae had reconciled with her rapper ex. They seemingly confirmed that they were back together after taking a vacation with one another in October. Although they didn’t share any pics from the trip together, it wasn’t hard to figure out that they were in the same place based on their separate posts from the getaway. On Reginae’s birthday, YFN Lucci gushed over her on Instagram, too. “HAPPY BDAY FINE A** GIRL,” he wrote. Due to his past behavior, this reconciliation has received mixed reactions from fans, but Reginae definitely seems happy!