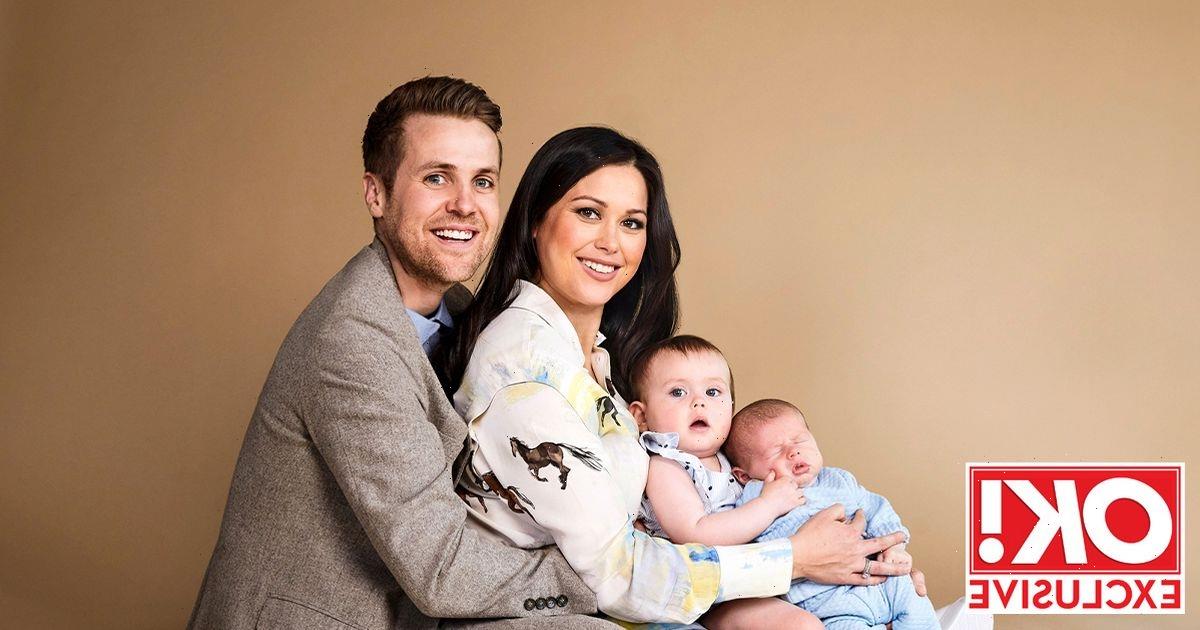 Olympian turned TV presenter Sam Quek has opened up about her newborn son’s dramatic arrival into the world.

Sam, 33, and her husband Tom Mairs, 36, exclusively introduced their second child, a son called Isaac “Zac” Gregory, to OK! and revealed all about his premature birth.

The couple, who have been married for four years and are already parents to daughter Molly, thirteen months, recalled how former Team GB hockey player Sam went into labour one week early, before things took a dramatic turn.

Morning Live presenter Sam told us that she was due to be hosting the BBC show on Friday 11 March, but that in the early hours of the morning she began to experience contractions and then panicked as she noticed she was bleeding.

At our exclusive shoot, Sam explained: “At 2am Friday morning, I woke up and felt a bit of a twinge. Those twinges gradually grew stronger and stronger and turned into contractions.”

“I’d been having recurring nightmares that if this birth went to a C-section, I was going to haemorrhage. I just felt like something was going to go wrong for this one, I don’t know why.

“I went to get changed, and when I saw there was a bit of blood, I started to panic, naturally – when you’re pregnant and see blood, it’s never a good sign.”

It was then that Sam and her hubby decided to go to the hospital to get the advice of doctors. They were told everything was ok, but that Sam should remain in their care as a precaution.

Tom went back home to look after Molly, while Sam attempted to get comfortable.

However, at 11am, the couple’s consultant delivered the news that Sam needed an emergency C-section.

Sam continues: “I was being monitored, and when there was still fresh blood hours later, they were a bit concerned where it was coming from.

“The consultant said, ‘Just to be safe, we’re going to whisk you down for an emergency C-section. We don’t want to take the chance that it could be anything sinister, so we would advise getting him out.’

“I replied, ‘Whatever is safest for the baby – but I’m not going into theatre until my husband gets here…’ I rang Tom and told him they were going to do it as soon as he got here.”

After hearing the news, dad to be Tom jumped in the car and rushed to get to the hospital to be by Sam’s side – but he jokes that it was far from the epic journey he had thought.

Tom explains: “I expected it to be a bit more like the movies, where you get the call that says, ‘Your baby is coming,’ and you have to get in the car, weave through traffic, brave red lights and have a policeman pull you over where you say, ‘My son is about to be born!’

“But, actually, every light was green, the traffic was quiet and I parked right outside the maternity unit.”

Luckily, Tom made it just in time and baby Isaac, who the couple are calling Zac, was delivered via emergency C-Section to the besotted parents.

Speaking of the emotional moment she was introduced to her newborn son, Sam says: “I cried.

“When his little face popped up over the curtain, it was the realisation that he’d finally got here, was safe and was going to join our family of three to make it four.”

Read Sam and Tom's full interview – and see all the beautiful pictures from their OK! shoot – here. For more on Sam Quek's adorable newborn son, sign up to our daily OK! Newsletter.

Previous post What’s on TV This Week: ‘The First Lady’ and ‘Abbott Elementary’