On Oct. 7, People reported Potratz is moving on from her role at The Oppenheim Group and taking on a position in the new development division at the real estate agency Douglas Elliman in Beverly Hills.

"My background is in new development sales and marketing, so this is just a wonderful opportunity for me," Potratz said to People. "It’s just very in tune with my skills."

Luckily, there seem to be no hard feelings between her and her former boss, Jason Oppenheim. In a statement to People, Oppenheim said:

"We all know each other so well. So I think they’ll be excited and supportive,” Potratz said. “It’s not that I wanted to leave, but I had a great opportunity. It was a purely business decision.” 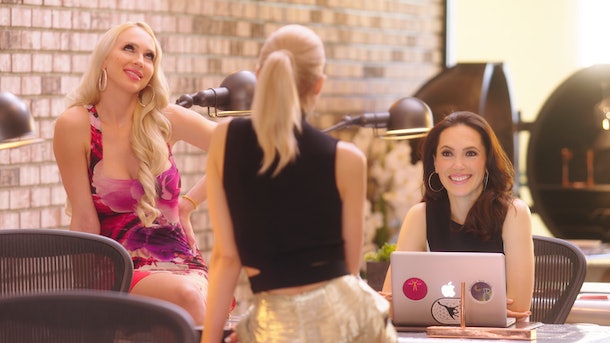 Even though Potratz won’t be working at The Oppnheim Group anymore, she’d love to still be a part of Selling Sunset if more seasons are made.

"I certainly hope that I’m still part of the cast. Brett is not at the Oppenheim Group anymore either, so I don’t think that that’s going to be an issue at all," Potratz explained to People, referencing the fact that Jason’s brother Brett has opened his own company called Oppenheim Real Estate earlier this year.

No matter what, Potratz wants to keep a place in the spotlight.

“It certainly is overwhelming to get a tidal wave of attention — for anyone, that’s really hard to prepare for, you know,” she said. “But it’s created so many opportunities in all various different forms. I appreciate it so much."

Selling Sunset hasn’t been picked up for a Season 4 yet (although based on fans’ love of the show, a renewal seems likely). If there are more episodes, fans can expect Potratz’s exit from The Oppenheim Group to be addressed then.

Tags: Netflix, slug
Recent Posts
We and our partners use cookies on this site to improve our service, perform analytics, personalize advertising, measure advertising performance, and remember website preferences.Ok