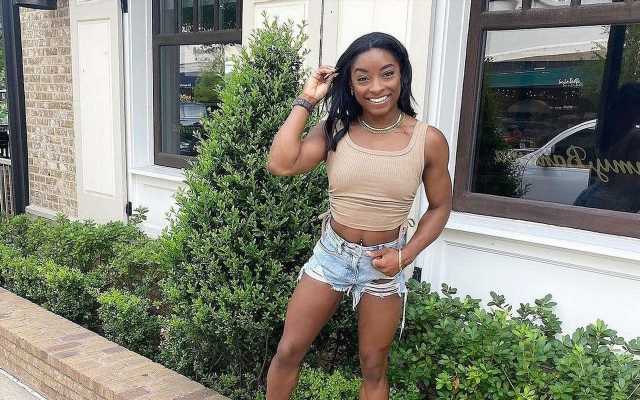 The U.S. Olympian gymnast admits she ‘didn’t know’ about her mental health struggles until she experienced them at this year’s Olympic Games in Tokyo, Japan.

AceShowbiz –Simone Biles admits sitting out on several events at the Tokyo 2020 Olympics was bittersweet.

The Team USA gymnast had to pull out of the individual all-around, vault, bars and floor finals earlier this month (Aug21) due to mental health issues and the twisties – which causes gymnasts to become disoriented mid-air.

And although she was gutted the games didn’t go “the way (she) wanted,” the 24-year-old “helped a lot of people and athletes” speak out about mental health.

Biles, who didn’t want to let her team down and withdrew herself from some of the competitions, told her mum Nellie Biles in an interview on AthletaWell, “I definitely had the team in my best interest, and that’s why I decided to pull out.”

“I didn’t want to potentially lose a medal spot for them. Because the girls were more than prepared to go in and to do their job, which they did.”

Biles – who was a gold medal favourite heading into the Games, but left Tokyo with a team silver medal and a bronze on the balance beam – admitted that the stress had been building up before she arrived in Japan.

She added, “Even I didn’t know I was going through it until it just happened. It just sucks. Like, train five years, and it doesn’t go the way you wanted.”

“But I know that I helped a lot of people and athletes speak out about mental health and saying no. Because I knew I couldn’t go out there and compete. I knew I was going to get hurt.”

Previous post Here Are the Netflix Movies Coming in December — and No, They're Not All About Christmas