Jessica Simpson is a singer and businesswoman who has achieved remarkable success over the past several decades.

From starring in a reality show with her then-husband Nick Lachey to playing Daisy Duke in the critically panned Dukes of Hazzard remake, Simpson has done a little bit of everything.

Recently, Simpson shocked fans with a bombshell memoir that revealed she struggled for years with drugs and alcohol. Simpson details how she got sucked into a world of addiction before ultimately finding a reason that was powerful enough for her to step away from drinking for good.

How did Jessica Simpson become famous? 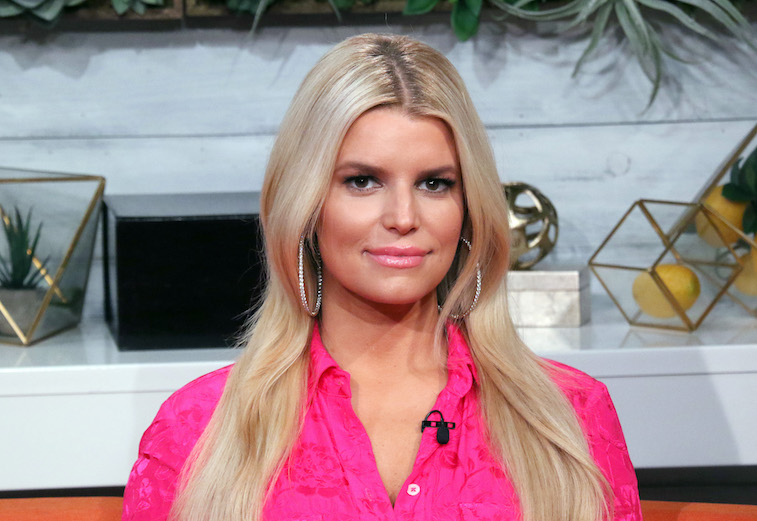 Born in Texas in 1980, Jessica Simpson was drawn to music and performing at an early age. Simpson excelled at singing in the church choir, prompting her family to convince her to pursue a career in entertainment.

After working with a record label in order to craft a super-sweet, ingenue image, Simpson began releasing music in the early 2000s. In 2002, Simpson married boy band star Nick Lachey.

Their relationship and marriage caused a media frenzy and fans couldn’t get enough of the attractive couple. The couple even appeared in their own hit reality series, Newlyweds: Nick and Jessica.

While Lachey and Simpson’s marriage didn’t last, Simpson went on to enjoy even greater success. She continued to perform as a singer throughout the 2000s, and acted in several films, including Employee of the Month and Blonde Ambition.

However, Simpson ultimately experienced her greatest success as a businesswoman, launching fragrance, clothing, and handbag lines that consumers everywhere loved. She also found love again, with NFL player Eric Johnson. She and Johnson married in 2014 and welcomed three children together.

In spite of how great Simpson’s life might seem on the outside, for many years she dealt with private demons.

Set to be released in early February, Simpson’s upcoming memoir features an intimate look at the demons that Simpson faced for many years. In excerpts from the book, Simpson has revealed that she has struggled with many different issues over the years, beginning when she was only a young child.

It comes as a shock to many to learn that Simpson was sexually abused as a child of six, at the home of a family friend. Simpson revealed that the trauma from the abuse made her feel guilty for many years and ultimately contributed to her addiction to pills and alcohol.

The singer goes into detail about how the addiction crippled her and caused many of her daily habits to revolve around making sure that her cup was always filled with alcohol – even when she had family events to attend.

Why did Jessica Simpson decide to stop drinking for good?

In an excerpt from her book, Simpson describes how she had an epiphany in Halloween of 2017, after years of dealing with addiction issues. Already drunk by mid-day, Simpson admitted that she “freaked out” at the possibility of her kids seeing her in such bad shape and doesn’t even remember if she was able to help the kids with their Halloween costumes.

Shortly after that, Simpson admitted to herself that “I need to stop. Something’s got to stop.”

These days, Simpson is sober, with the help of many doctors and twice-weekly therapy sessions. In spite of the work that it has taken to get sober, Simpson is thankful for where she is these days and acknowledges that sobriety has been a “gift” for her whole family.

She describes how she is able to fully participate in family moments such as helping her kids add stickers to their bedtime charts. Clearly, the singer and business mogul has found her second wind and is fully committed to staying healthy for the sake of her family and herself.