From the moment she put down Walter Tevis’ book The Queen’s Gambit, Anya Taylor-Joy knew how she would portray chess genius Beth Harmon, who blazes a trail and explodes glass ceilings during the Cold War-era 1960s as a femme champion in the testosterone-dominated game-peg playing world.

“I said to myself, ‘If we were shooting tomorrow, I know exactly what I’m doing, I know how I want to do it, I understand this woman so well’ “, said Taylor-Joy, the American-born Argentine-British actress who received not only SAG and Golden Globe nominantions for the role but also, Globe Best movie actress nom for her turn in Focus Features’ update of Jane Austen’s Emma.

“With Beth, it was instincts on a whole other level, I never had to reach for anything,” Taylor-Joy said. “They just had to yell ‘action’ and something would happen.” 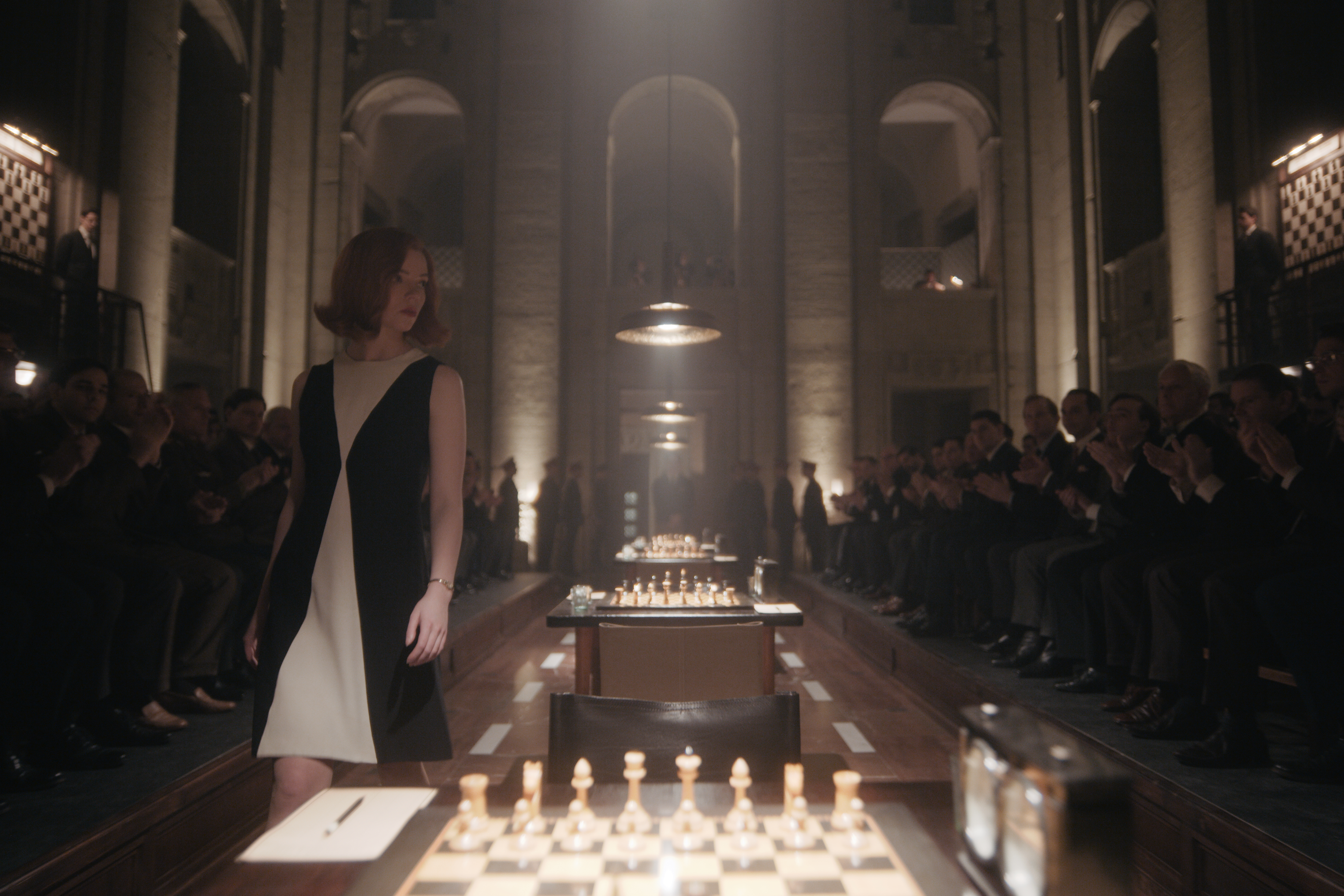 On playing the ferociously ambitious, complex young woman, whose orphan life and death of her mother (and adopted mother) triggered a drug- and alcohol-addled life, Taylor-Joy describes Harmon as someone who “had this singular focus, this kind of drive and hunger for something where nothing else mattered. A priority such as ‘I hope this person doesn’t think me rude, if I’m more abrupt with them’ — that doesn’t figure [into her]; she’s thinking about her goal.”

After the Netflix show amassed 62 million viewing households around the world in its first 28 days, becoming the streamer’s most watched limited series ever, who doesn’t want a second season of The Queen’s Gambit? But, alas, creator Scott Frank and EP William Horberg have indicated there isn’t apt to be a second season given the series’ being faithful to the parameters of the 1983 novel.

“It’s so surreal and very wonderful that people want a second season, because we never thought about it, there was no discussion about it,” Taylor-Joy tells Deadline. “That said, never say ‘never’ in Hollywood.”

Given how Taylor-Joy has lived in Harmon’s skin, what are her hopes for the character’s future? Is it one of global-winning chess tournaments or a tragic fate? “It would be very interesting to see how Beth would be as a mother, now that she’s sober and more cognizant of the demons that pull her down,” she said.

As to why The Queen’s Gambit hit a nerve with mass audiences, playing far beyond the sophisticated demographic at which it was aimed, Taylor-Joy says, “There’s something to be said of a character whose biggest enemy is herself. I think all of us living at home and being locked up, we’re probably confronting a lot more of ourselves than we’re used to, because we are used to being distracted. When you’re locked up in your house, there’s only a certain amount of room to run away from yourself. That is potentially something people were a bit more open to at the end of the day. The show also has a wonderful message: Even if you’re brilliant, you still need help. We work better with support, and I think Beth sees the beauty in the support that she garners eventually.” 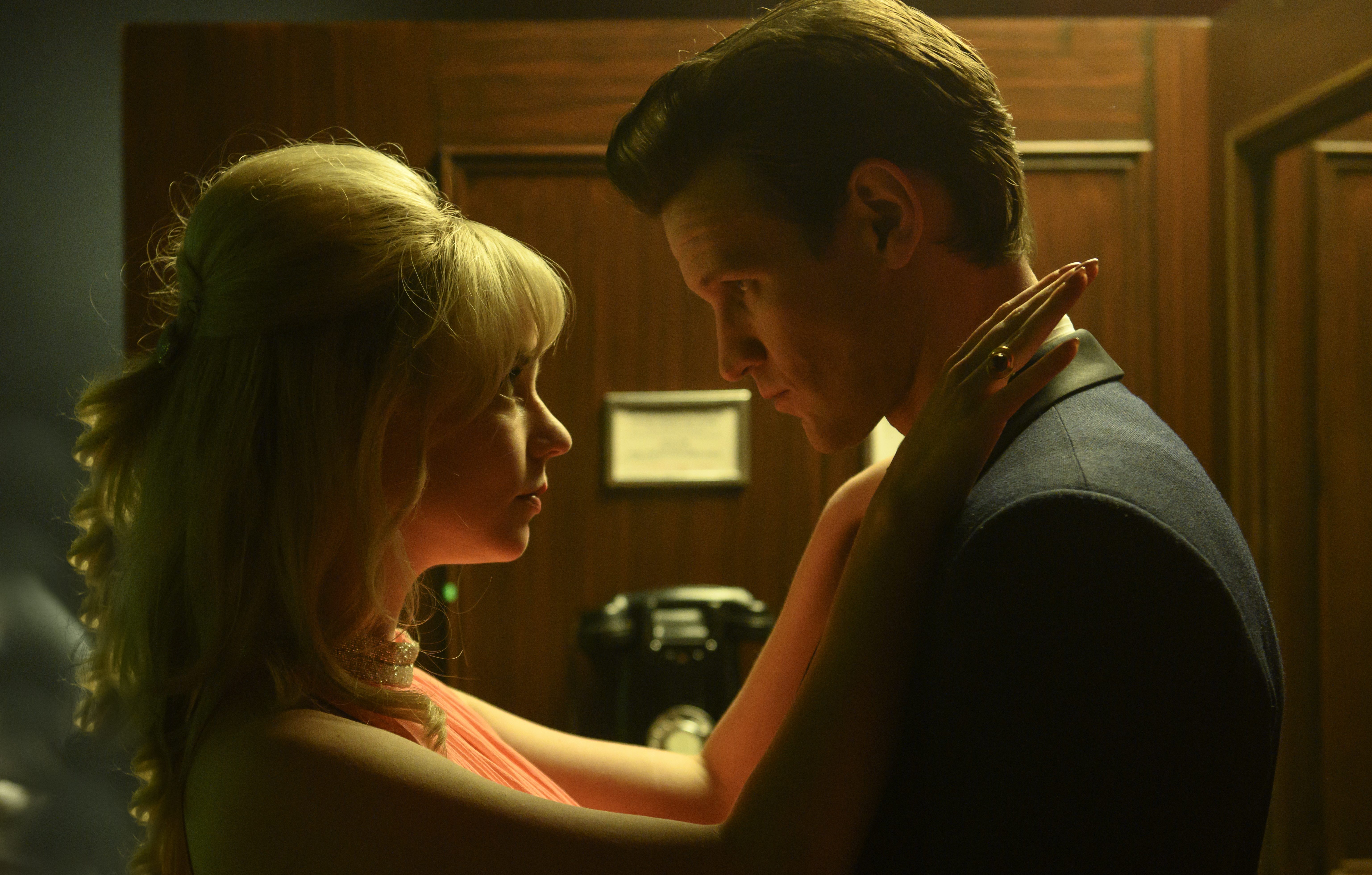 While Taylor-Joy’s career was already on an upswing before Queen’s Gambit, breaking out in Robert Eggers’ 2015 Sundance hit The Witch and continuing with M. Night Shyamalan in Split and Glass as well as pics like Edgar Wright’s upcoming Last Night in Soho, the actress has catapulted herself from one stratosphere to the heavens in regards to her demand. Post Queen’s Gambit, George Miller selected Taylor-Joy to play Furiosa in the Mad Max prequel, a role made famous by Charlize Theron. In addition, Taylor-Joy is currently shooting David O. Russell’s new film in Los Angeles, neither project of which she can talk about at this time.

She is also expected to reteam with Queen’s Gambit‘s Frank on a feature adaptation of Lolita author Vladimir Nabokov’s 1932 novel Laughter in the Dark. The plot centers on a young aspiring actress who plots against a married middle-aged art critic to make off with his money.

In regards to how Queen’s Gambit has impacted her career, the actress says, “It’s been really strange as I’ve been sheltered from all of that because of the nature of the time we’re living in. I understand on a cerebral level, but on a physical level, I’ve been quite calm. What makes me the happiest is that every year I spend working, I fall more in love with what I do, and I’m more certain that I’m doing what I’m supposed to be doing, and it’s just where I want to be. I think there was a part of me, especially from what other people were saying around me like ‘if you keep working this way, you’re going to burn out, you’re going to become jaded, you’re really not going to love what you do anymore,’ and I see it as the opposite. I’m getting more fascinated with what I do, I’m getting more excited to push boundaries, and I want to test myself more.”