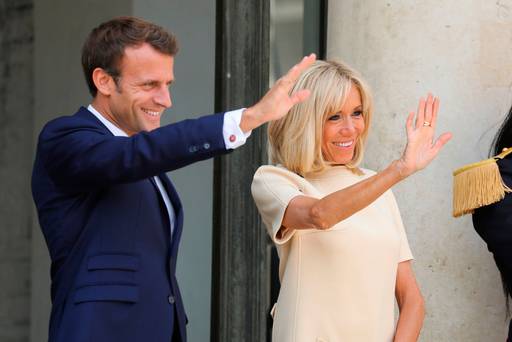 The French always put on a good show for their national holiday, tomorrow, and at the centre of proceedings will be their dazzling president, Emmanuel Macron. Along with his renowned wife, Brigitte.

Madame Macron is not the First Lady: the French people rejected conferring on her that American-style title. But she remains “essential” to her husband, in his words, and is involved in everything he does.

The background to their relationship has been forensically examined by a witty French writer, Sylvie Bommel, in a book recently published in Paris, Il venait d’avoir dix-sept ans. (“He had just turned 17.”) The circumstances were striking: he was 17, she was over 40, married and with three children. And however unorthodox their coupledom, the Jesuit order has consistently stood by them – Brigitte taught at Jesuit schools, and Macron attended one.

Brigitte Trogneux was the youngest of six, possibly an “afterthought” child: her eldest sister was 21 when she was born. Her large family has made her a people-person, and she always has an extended circle of friends, whom she consults over matters small and great. She consulted them over whether she should bother to marry Emmanuel, when they were contentedly living together in 2006 and the families had accepted their union. The friends said, firmly, yes. Anyway, Emmanuel had resolved to marry her from the start. The Trogneux had a successful chocolate and confectionery business in Amiens (dating from 1872). There was a family tragedy when a daughter, Maryvonne, died in a car crash in her twenties. Brigitte was only six.

She proceeded through school normally, and came of age in the early 1970s. Though the sex revolution was changing values, the “pill was difficult to obtain, sexuality [still] rhymed with virginity, maternity or sin”. The simplest solution for that generation in French provincial life, writes Bommel, was marriage. “Too fast, too early.”

Enter the husband: André-Louis Auzière, two years older than Brigitte, and a banker. Asked to describe Mr Auzière, witnesses come up with words like “nice”, “charming”, “discreet”, “never made a fuss”, “tall and thin”, “intelligent”, and helpful to colleagues. Also: “a little taciturn”, “not great fun”, “hard to remember him – he was so neutral”, “a little like tepid water – next to her sparkling water”. Even in the banking world, “he left few traces”.

Brigitte’s favourite novel has always been Flaubert’s Madame Bovary, about a woman driven to distraction by the boredom of provincial life and an unexciting husband.

Women were at this time advised to have their first baby by 30, and so, a year after her 1974 marriage, Brigitte gave birth to her son Sebastian: two years later came daughter Laurence and, in 1984, Tiphanie. Brigitte also studied for a degree. For her master’s, her chosen subject was courtly love.

Between studies and childcare, she cooked and entertained elegantly. Her husband’s job took them to Alsace, and there she began teaching: she found she had a gift for it. Brigitte’s pupils compared her to Robin Williams’ inspirational teacher in Dead Poets Society. They also noted that she was chic and well-presented.

And so, when her husband’s job moved again, her teaching career led her back to Amiens, and to the fateful meeting with young Emmanuel Macron.

Macron’s parents were doctors. Amiens, according to Bommel, is a town of small social divisions. The doctors and the lawyers were not in the same milieu as trade. But a country house at Le Touquet was an asset, which the Trogneux possessed. Emmanuel Macron was always unusual. He was born soon after his mother had lost a daughter, in a still-birth: psychologists might have called him a “replacement” baby. He had little interest in play, never had “mates”, or leered, with other adolescents, at pictures of girls. His deepest family relationship was not with his parents, but with his literary-minded grandmother, Manette. He was never close to his younger brother and sister either.

When Brigitte and Emmanuel met at their Jesuit school, the attraction was evident, especially on his side. Perhaps it was the Dead Poets Society beguilement. He was only briefly her pupil, but they worked on drama projects together, and thus did the relationship develop. It was initially intellectual and of the spirit, rather than carnal. It grew from there.

She delayed leaving her husband until her youngest child had finished school. There was a long period when she spent the week in Amiens and the weekends with Emmanuel in Paris, where he, too, started out as a banker, chez Rothschild, and then switched, effortlessly, to political office. They “couldn’t wait for the end of the week”, to be rapturously together. They were an acknowledged couple by the time he was 22, and she 46. They married, with the blessing of her children.

When asked about the age gap between the presidential couple, Brigitte has said: “It’s complicated.” To be sure. 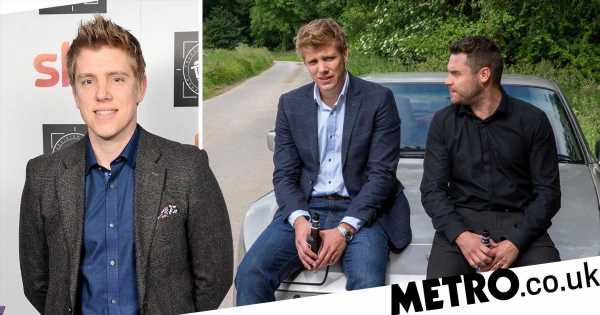 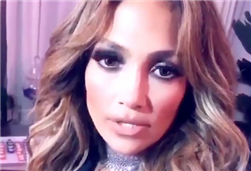