Three days before the 1999 Women’s World Cup began, Brandi Chastain made an appearance on “Late Night With David Letterman.” Mia Hamm, the reluctant superstar, had declined, so Chastain went instead. Her nickname among teammates was Hollywood. Few viewers likely knew who she was. But no one, we soon learned, was better prepared for bright lights and big moments.

Three weeks later, Chastain scored the decisive penalty to defeat China, 5-4, in the final in front of 90,125 fans at the Rose Bowl, the largest official crowd ever to watch women’s soccer. About 40 million Americans watched at least part of the match on television.

In that pivotal moment of arrival for women’s team sports in the United States and around the world, viewers saw Chastain removing her jersey and twirling it like a lariat, spinning around and falling to her knees, pumping her arms in exultant triumph. What resulted was perhaps the most iconic photograph ever taken of a female athlete, a depiction of pure spontaneous joy.

It was a moment of freedom and liberation, Marlene Bjornsrud, a longtime women’s coach and influential sports executive, once told me. She called it a “casting off the burden of everything that kept us down and said, ‘You can’t do that because you are a woman.’ It was a moment that screamed, ‘Yes, I can.’”

It has been 20 years since that final, and on Sunday the United States will seek its fourth World Cup title. The meaning of Chastain’s viral celebration has continued to evolve, though, even for Chastain.

Now 50, Chastain joked in a recent telephone interview that every time she looks at the photograph of herself in her sports bra, she thinks, “You gotta spend more time in the gym.”

More seriously, she said, the meaning of that “Yes!” moment — which confirmed the unyielding progress and acceptance of women’s sports — now carries a more nuanced connotation. Chastain sees not only a depiction of fierce and fearless strength but one of vulnerability, confronted in her willingness to take the decisive penalty kick.

“You have to be brave enough to be vulnerable,” Chastain said, adding: “Vulnerability is not weakness. It’s an opportunity for high reward.”

Initially, some thought cynically — and without evidence — that Chastain had orchestrated her celebration to win a sports-bra contract. Some academics criticized the news media for focusing on Chastain’s bra and her rippling physique, of reducing a triumphal athletic achievement to a kind of striptease.

But those framings have ebbed, said Rachel Allison, a sociology professor at Mississippi State and the author of “Kicking Center: Gender and the Selling of Women’s Professional Soccer.” What endures, she said, is an image of a celebrative and transformative moment.

In recent years, another interpretation also has emerged, Allison said. A realization that progress for women has not gone uninterrupted. That Chastain and her teammates in 1999 gave license to today’s players to continue fighting for equitable pay and training and travel conditions.

“The lasting legacy of Chastain and her teammates might be less about their representation on the field than their work off the field, challenging U.S. Soccer and other organizers for recognition and resources,” Allison said.

Jeffrey Gerson, a political-science professor at the University of Massachusetts Lowell, has led a number of panel discussions about the continued struggle for equality in women’s soccer. He sees in the Chastain photograph defiance as well as physical strength and inspiration.

“You speak your mind, you break traditions when necessary, you don’t take no for an answer,” Gerson said. 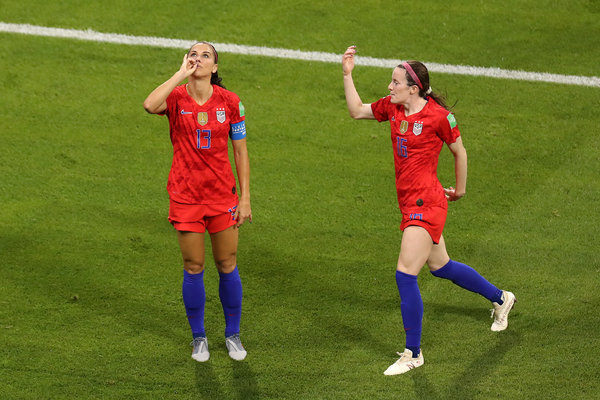 In 2003, a celebrating Chastain, seven feet high and four feet wide, served as the title panel of a touring exhibition of photographs from Jane Gottesman’s book “Game Face: What Does a Female Athlete Look Like?”

A year later, FIFA, soccer’s world governing body, formally banned the removal of jerseys by men and women during goal celebrations. Such a celebration now brings an automatic yellow card for what is considered unsporting behavior.

But should such a jersey-doffing moment occur at the end of the 2019 Women’s World Cup, it would probably be a nonissue in terms of public and media reaction, said Mary Joe Kane, the director emeritus of the Tucker Center for Research on Girls & Women in Sport at the University of Minnesota.

“We certainly wouldn’t talk about it as a sports bra moment versus a World Cup moment,” Kane said. “It’s a reflection of how much the practice of women’s sports has become embedded and normalized in the popular culture.”

At the same time, female athletes still deal regularly with sexism. Last fall, for example, the football coach at Rowan University in New Jersey objected to varsity runners’ training in their sports bras on the college’s track, saying it distracted his players during practices.

And debates continue about the media depiction of female athletes. Chastain’s kinetic athleticism starkly contrasts with the highly sexualized photographs of four current American World Cup players that appeared in May in the Sports Illustrated swimsuit issue.

The debate is complicated. Athletes often say they’ve worked hard for their bodies, are proud of them and feel empowered to display them. “This picture shows me how strong I am and how hard I’ve worked,” forward Alex Morgan said in a video that accompanied her cover photo.

But research indicates that such posing does not create more engaged fans, Allison said. Athletes, too, risk being considered merely “hot” instead of remarkably skilled.

The argument over depiction often splits along generational lines, between pioneers who fought against being objectified and younger athletes who have much more control over how they’re portrayed.

“I have very mixed feelings,” Kane said. “The last thing I want to do is denigrate women’s agency and choices. They get to decide that.”

Yet, Kane added, “When you emphasize your body, not as an instrument of athletic excellence and strength and power, but as an object of sexual desire in a passive or traditional pose, it’s not clear to me how that engenders respect for who you are as an elite athlete.”

Chastain, a coach at the college, high school and youth level, is forever being asked about her celebration and her sports bra. She says she does not feel burdened. It gives her a chance to talk about soccer, her passion. The bra she wore in 1999 is framed in her home office. She said she was offered $500,000 for it shortly after that World Cup, but turned it down.

“I didn’t want people to misinterpret the moment,” she said.

She has been able to revel in the celebration while also maintaining a knowing, sly distance and deftly deflecting awkward moments.

Once she appeared in a Nike commercial, wearing her national team uniform while playing foosball with the N.B.A. star Kevin Garnett. After Chastain scored a goal in the table soccer game, a long silence prevailed. “What’s up with the shirt?” Garnett finally asked. Chastain did not budge.

About three months ago, she said, she was on a flight when confusion over ticketing occurred. A flight attendant asked if there was a Brandi Chastain aboard. Then, Chastain said, the attendant asked, to widespread laughter, “Are you taking your shirt off?”

“Not today,” she replied. 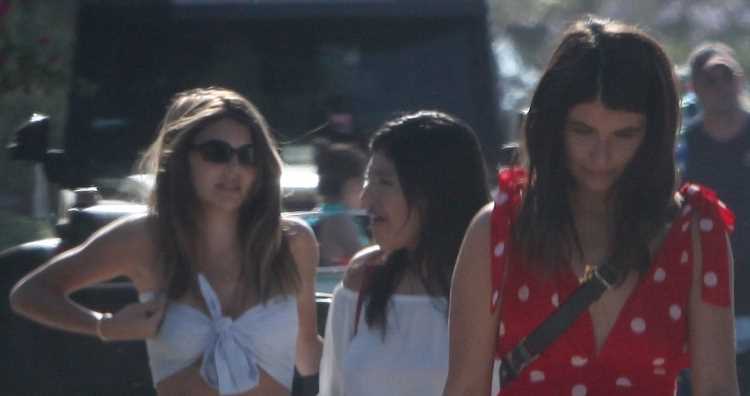 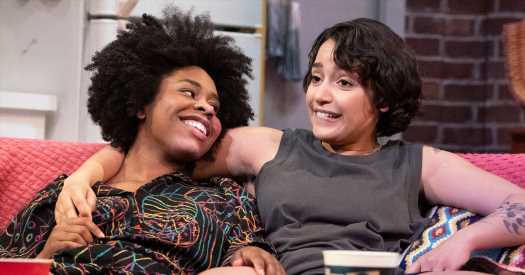 Next post The Boys in the Band Get to Broadway. Why Not the Girls?
Related News
Lifestyle
Recent Posts