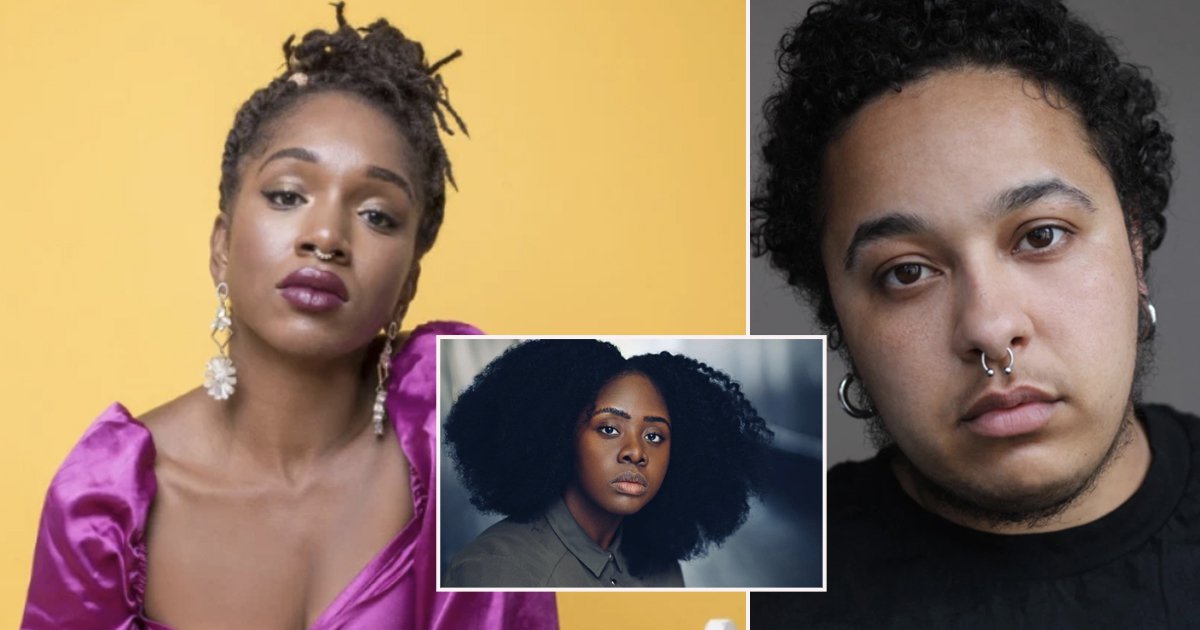 With the arrival of shows such as It’s A Sin, Feel Good and Sex Education – plus a smattering of characters in soaps and one (1) Doctor Who companion – there is a shift on British TV to telling more LGBTQ+ stories.

However if you were asked to name a British TV series in recent years that centred on a queer character of colour, you’d likely struggle. Consider the shocking report from the Creative Diversity Network (CDN) – it revealed representation of Black, Asian, and minority ethnic people actually went backwards on and off screen between August 2019 and July 2020. On-screen representation dropped from 22.7% in 2019 to 21.2% last year.

Transgender people are also massively underrepresented in the drama genre, making 2.6% of contributions on screen from 2019-2020, far below Black, Asian and minority ethnic groups at 22%.

This makes ‘tokenism’ an issue; a sense of box-ticking. It was comedian and Bob Loves Abishola star Gina Yashere’s experience in the British industry, and it prompted her move to America (where she also came out as gay) to continue her career.

‘At first I kind of embraced it, “Look, I’m the first”,’ she told The Hollywood Reporter.

‘But I just found myself continually being used to stop other people getting through the door. Whenever they were accused of racism, they would say, “We’ve got Gina.”’

She added: ‘I always thought that coming out would just add one more thing to be beaten down with — among friends and family, and also in this industry. As a woman, as a Black woman, not looking a certain way, I didn’t want to give them something else to use to hold me back.’

There is clearly still a long way to go until everyone gets a seat at the table – like with most changes in society.

Actors and writers Cherrelle Skeete, Shiloh Coke and Mika Onyx Johnson, who identify as LGBTQ+, spoke to Metro.co.uk about their experiences, queer Black British representation on TV, being ‘creative unicorns’ and whether there’s any hope for improvement.

They feel there is still a sense of reluctance when it comes to casting them on British telly, a preference for what is ‘palatable’ for audiences.

Writer and composer Shiloh, who identifies as queer, revealed a casting director made a shocking comment at her audition for an LGBTQ+ character.

‘The image of queerness that is often put out within television and film is that we look one way. For me that is a big issue because, being a queer woman, I’ve only recently started going up for queer roles because people will look at me and be like, well, “you don’t look don’t look queer”. Like it’s crazy,’ she told Metro.co.uk.

‘The thing is plus size people are often not afforded or allowed to connect to androgyny, we’re not allowed to to exist within certain spaces, and because I have a natural shape, because I’m a full figured woman, I’m often only seen in one light.

‘I know that I have loads of friends who are, who are straight and petite and they go for queer roles way more than me, because I know that within the media and within society, they’re more passing as queer when they’re not. That is such an unusual thing.’

‘Passing’ in auditions, another complication faced by queer actors – of all ethnicities, undoubtedly – is something Mika, who is trans, confesses they have benefitted from.

‘I have to recognise my privilege, because I pass more or less as male,’ they said. ‘I am probably going to be given roles, even though I don’t get many now, probably more so than some other people because I pass.’

Mika discovered their non-binary, trans-masculine identity through the process of writing their play Pink Lemonade, and is in the early stages of working with a production company on adapting it for TV.

Cherrelle, who has started filming on a mystery Sky One series, highlighted a pattern for reinforcing a ‘Eurocentric’ idea of queer people on TV.

‘Looking back I can say queer Black and POC people existing on screen is very rare,’ she said.

‘The references that I looked at was Sugar Rush, which had Lenora Crichlow in it. I also watched Lip Service as well and I think what’s really interesting is these queer characters are light skinned women.

‘I think we need to see more plus sized or fat people on screen, who identify as black and POC LGBT characters who are desired, who are desirable.’

Is it even possible for the British TV industry to take the step to broadcast even more inclusive content? Would we ever see a British version of Pose, for example, or a slice of the culture that goes beyond Drag Race UK (a show which RuPaul fan Mika confesses they find ‘problematic’ due to ‘the appropriation of Black culture’ and the amount of cis male contestants)?

The actors each have a refreshingly hopeful outlook.

‘I was fortunate enough to get my first TV job in Glasgow a couple of weeks ago for a character that wasn’t trans, although I was originally seen for a trans character,’ they shared.

‘They did a good job where they were like, “Okay, Mika is not right for this role but maybe we can bring them in for another one.” It’s about who is working in them higher positions and thinking about what they can do.’

‘I’ve got so many friends who are writing series, who are in writers rooms, who are in development making things as we speak,’ Cherrelle said.

‘With each generation we are pushing boundaries, so I can definitely see a UK version of Pose or The L Word within the next couple of years. I look forward to seeing our version, or seeing Birmingham, London, Manchester, and people of colour being part of that scene where they’re not on the sidelines and their stories are centred.’

She continued: ‘I hate to keep using this word but are you actively “doing diversity”? Are you hiring the same sort of person or are you actively going out there to find talent? It has to be the nurturing of talent at every level from film school to those being brought in as writers and in turn that will even affect who is holding the purse strings.’

As This Way Up star Shiloh answered, there was a clear passion and determination in her voice and words: ‘There is 100% a chance as long as we exist.

‘LGBTQ people are beautiful, man! We are literally creative unicorns. We just work really hard, regardless of whether people want to recognise our existence or not.

‘Our queer ancestors have definitely passed on the baton to us, the importance of telling our stories no matter what other people say or whether they care or want to fund it. Let’s just keep pushing.’