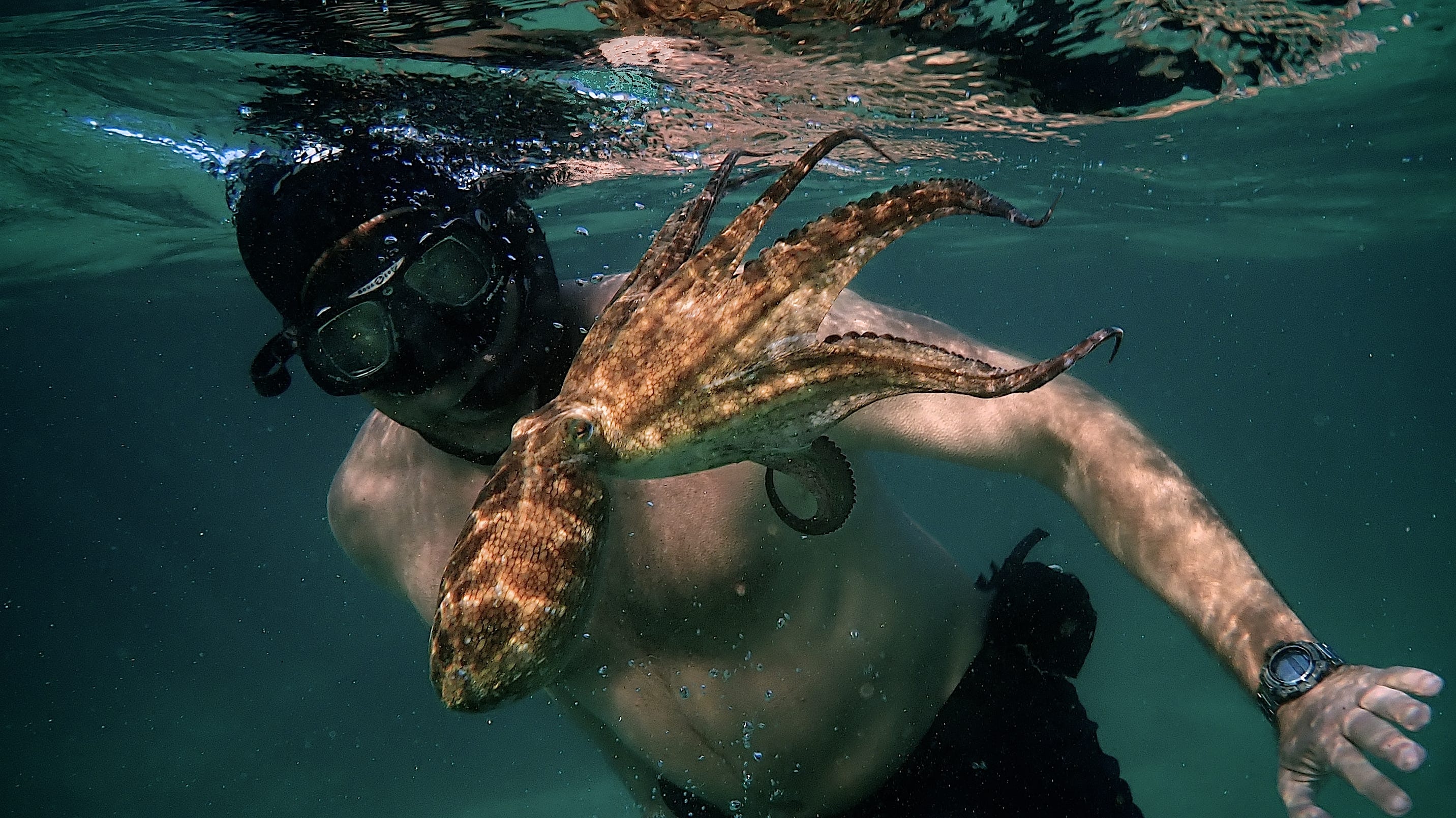 Netflix’s My Octopus Teacher was one of the most striking of all the documentaries the streaming service released in 2020. But despite winning the BAFTA and the Producer’s Guild Award earlier in 2021, its win at the Oscars was still a surprise. These memes about My Octopus Teacher‘s Oscars win show Twitter is divided, either over the moon or under the sea over the film’s win.

My Octopus Teacher was up against some heavy competition going into this evening’s Academy Awards. The other nominees included Collective, where investigators at a Romanian newspaper uncover a vast healthcare fraud, and Time, in which Fox Rich fights for the release of her husband serving a 60-year sentence. There was also the fan favorite, Crip Camp: A Disability Revolution tracing the landmark movement for accessibility, and The Mole Agent, where a private investigator in Chile goes undercover to reveal elder abuse.

With such heavy subjects, it seemed unlikely that the Academy would overlook a more lightweight story about a filmmaker’s friendship with a female octopus and how she helped him become a better person. But there it was, the winner in the category. The absurdist nature of the film’s strange-but-true story inspired Twitter to have a field day in either celebrating or complaining about its win.

With Spider-Man 3: No Way Home promising to call directly back to Spider-Man 2, the genuinely obvious reference was there for the taking. What else fits a Oct Doc but Doc Ock?

But Marvel wasn’t the only reference on the seafood menu. There have been plenty of octopuses (octopi?) in media to meet the moment.