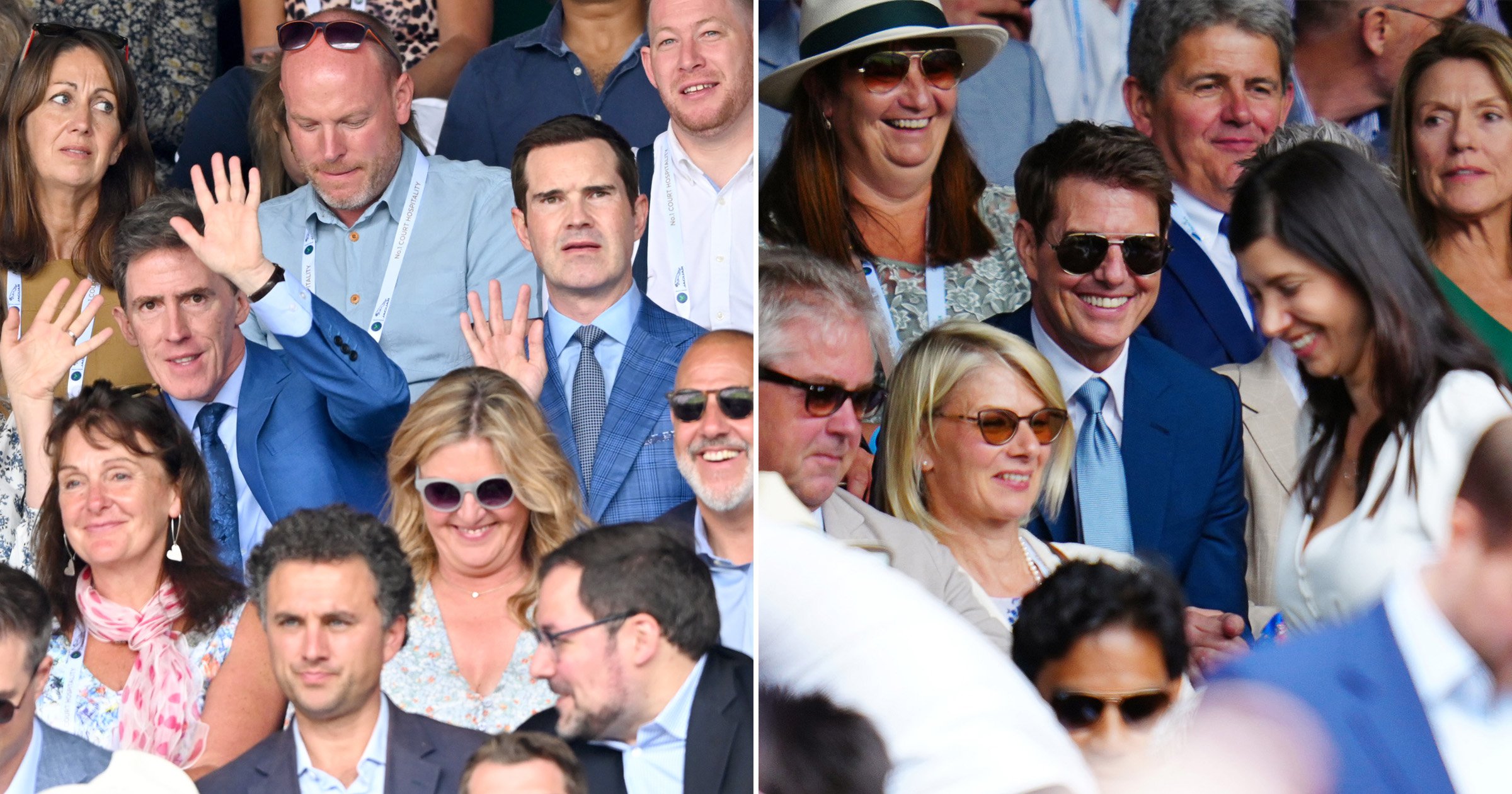 Tom Cruise has been gracing British sporting events with his presence this weekend, spending a second day at Wimbledon to watch the men’s final.

The A-list star, who was seen leaving the women’s final by helicopter on Saturday, was back at the All England Lawn Tennis Club on Sunday afternoon as finalists Novak Djokovic and Matteo Berrettini faced off.

He was spotted chatting away in the stands with Mission: Impossible 7 writer and director Chris McQuarrie, dressed in a smart tan suit, and co-stars Esai Morales and Greg Tarzan Davis.

Tom is on the guestlist for the England v Italy Euro 2020 final at Wembley, so hopefully he will be able to make it from the tennis to the stadium in time for kick off at 8pm. His helicopter will definitely come in handy.

The Minority Report star and his co-stars have been in Europe for the past few months filming the next instalment of the action franchise, in which Tom plays suave spy Ethan Hunt.

So far filming has taken him to places as far flung as Venice, Italy, and North York, UK.

He wasn’t the only famous face at the tennis on Sunday afternoon, as the likes of comedian Jimmy Carr and Gavin and Stacey actor Rob Brydon were also in the crowd chatting.

Strictly Come Dancing star Oti Mabuse Catherine, Duchess of Cambridge and Made In Chelsea star Oliver Proudlock were also seen at the final.

Over the past week Tom has found time to check in with the England men’s team ahead of their meeting with Italy at the Euro 2020 final, which takes place later on today.