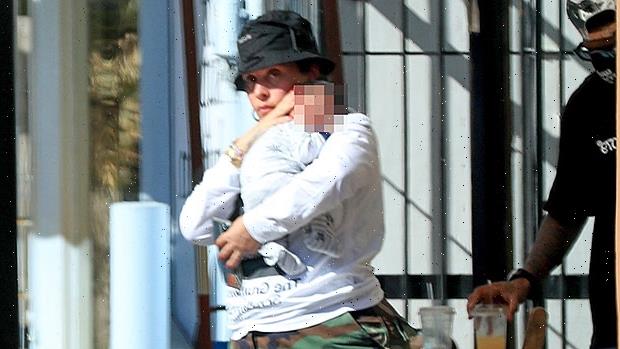 Grammy winning singer Usher and his music exec GF Jenn Goicoechea have been spotted with their adorable son Sire, one month after she gave birth to him.

Usher, 43, and his girlfriend Jenn Goicoechea, 38, both cut cool figures when they stepped out for a rare lunch date with their newborn son Sire Castrello. The trio were spotted in Los Angeles on October 29 leaving a cafe after doing some shopping. Jenn, who is a music exec, carried the one-month-old as he rested his tiny head on her shoulder. 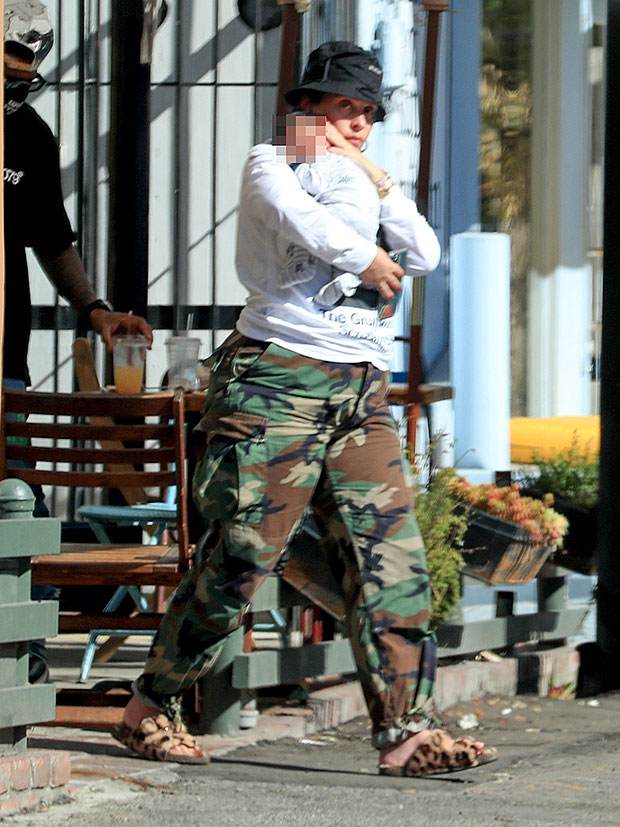 The “More” hitmaker donned a black tee with a pair of baggy denim jeans, black and green sneakers and a leather, monogrammed Fendi bag worn over his right shoulder. The Grammy-winning also rocked a backwards cap as he added a pair of black sunglasses and several necklaces and bracelets to accessorize the look. Meanwhile, Jenn cut an equally casual figure in a white hoodie and camouflage-print cargo pants.

She also accessorized with a black bucket hat, leopard-print sandals, and stacked bracelets as she held her mini-me son in her arms. Usher announced the arrival of Sire on Instagram on October 12, revealing that he was born on September 29, and he was officially a father of four! “Hi my name is Sire Castrello Raymond … I am the newest addition to the Raymond crew,” he captioned a sweet photo of the bub. 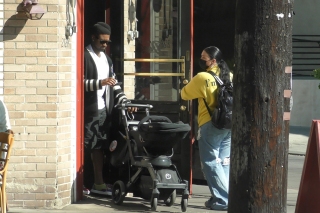 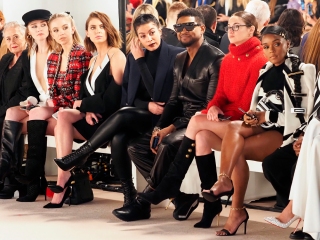 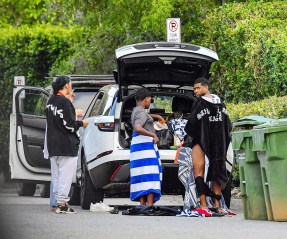 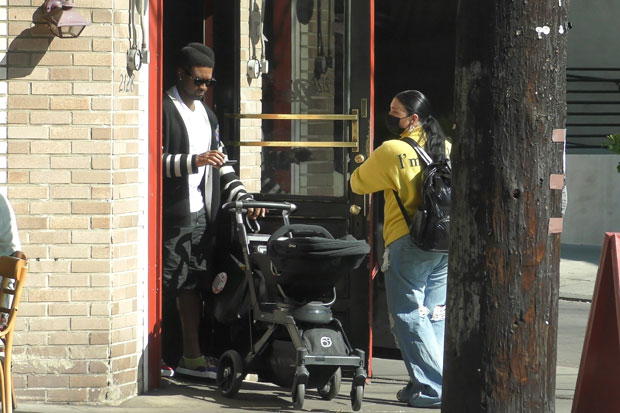 The couple previously welcomed a baby girl named Sovereign Bo in September 2020, so these two are going to be super close in age! Usher shared the first photo of his little girl when he appeared on the Nov. 11 episode of The Ellen Degeneres Show. In the sweet snap, the singer was seen cradling little Sovereign in his arms as he leans down to kiss her forehead. “She came out early. She was scheduled to be a Scorpio but decided she had a different plan. Libras, you know, they kinda have their minds made up what they wanna do,” he said of his third child.

As fans would know, she and Sire have two older brothers: Usher Raymond, 12, and Naviyd, 11, from Usher’s ex Tameka Foster. The singer added, “It’s funny because the umbilical cord was wrapped around her wrists. So she’s pulling the thing, like, ‘Pull me outta here, it’s time to go!’” He also noted that his two older sons were being “protective” of their new baby sister. “They’re coping well. They’re very, very excited about being big brothers…they’re a little bit too protective of her sometimes, even with me!” 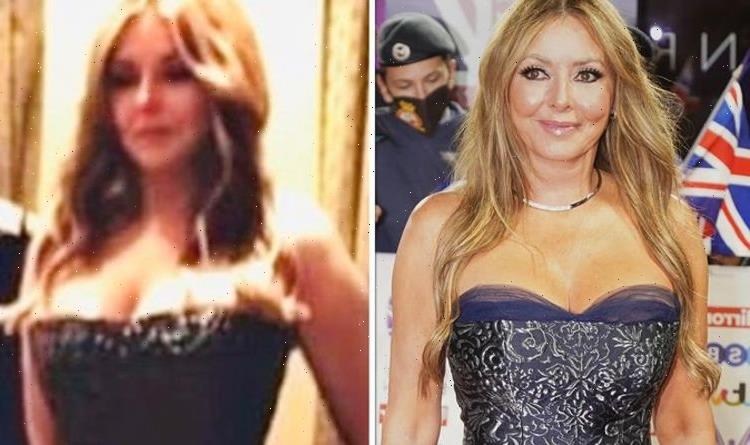