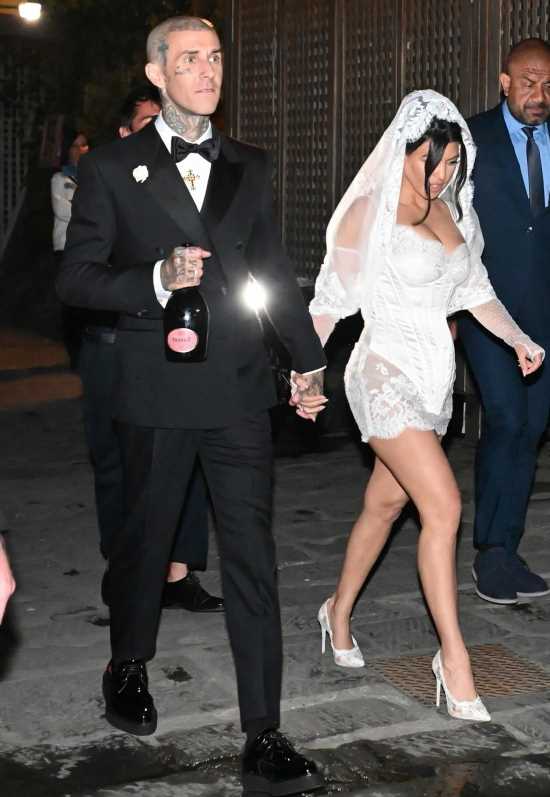 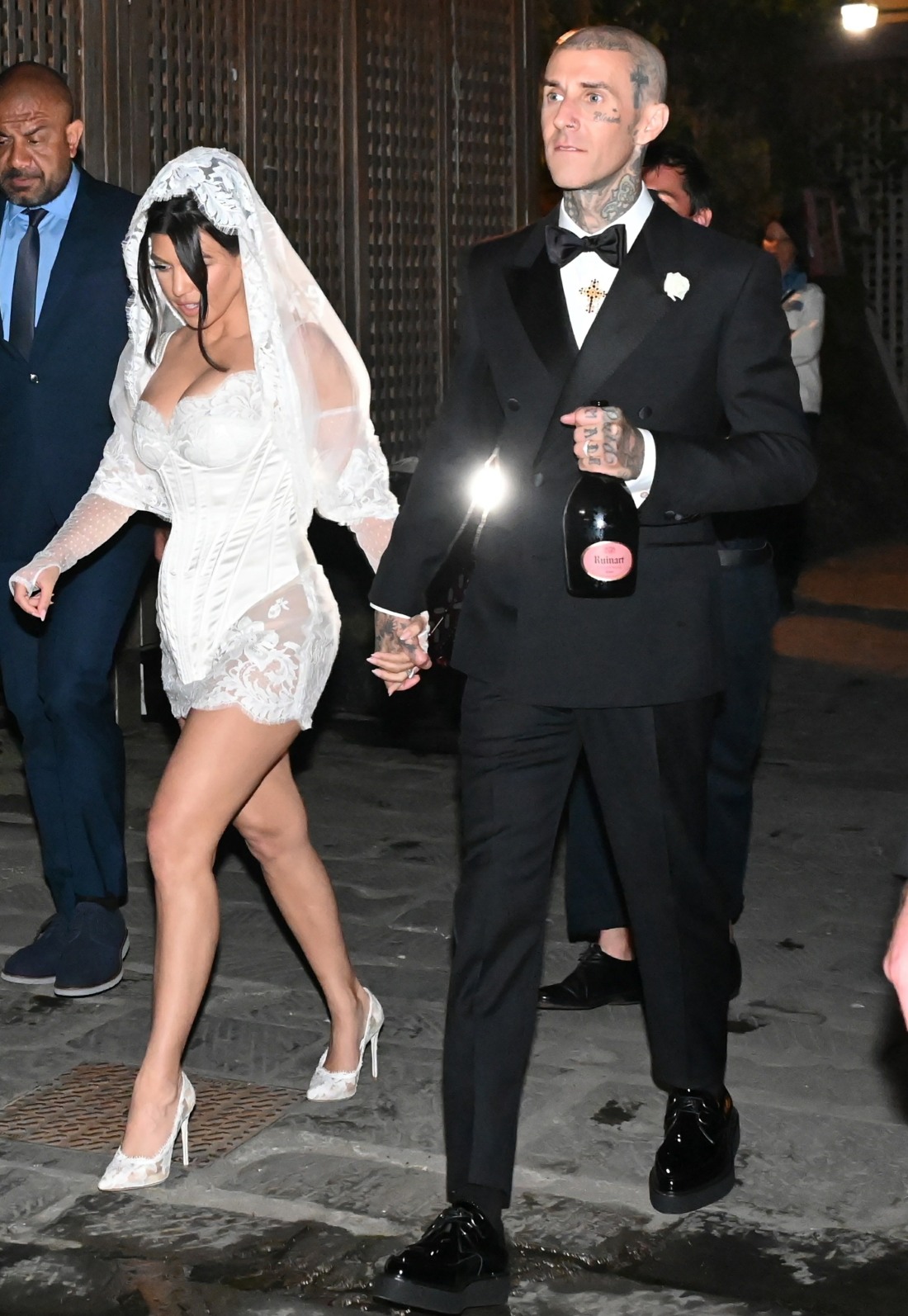 I would have hoped that in the year of our lord Beyonce 2022, we would be done with pearl-clutching over religious imagery? Getting mad about the monetization of specifically Catholic imagery has been done before. People got so mad at Madonna. People still get mad at fashion designers for “misappropriating” crosses and images of the Virgin Mary and such. But here we are – people are in their feelings about Kourtney Kardashian and Travis Barker’s Portofino wedding. What offended me about the wedding is that it was sponsored by Dolce & Gabbana. That alone is tacky as hell, but it’s especially galling because Stefano Gabbana and Domenico Dolce are racist AF and problematic AF. But sure, let’s talk about Kourtney’s Virgin Mary veil.

Kourtney Kardashian and Travis Barker are being called out for “mocking” Catholicism with their lavish Italian wedding ceremony. While saying “I do” on Sunday, the reality star wore a white Dolce & Gabbana mini dress with a dramatic veil, which was emblazoned with the image of the Virgin Mary – a nod to a tattoo her new husband has inked on the top of his head.

While Barker, 46, has spoken publicly about his ties to the Catholic faith, it’s unclear whether Kardashian, 43, is a member of the church. However, the Poosh founder has shared plenty of texts about faith, quotes and Bible passages via her Instagram Stories over the years.

“Kinda weird that kourtney [sic] wedding is like this catholic ‘aesthetic’ like the Virgin Mary on her dress and her wedding veil ??” one person wrote on Twitter. A second added, “I just really feel like Travis & Kourtney [sic] wedding is mocking the catholic religion? They don’t symbolize religious people at all, just feels like mockery. I’m not catholic but just doesn’t sit right with me.”

Another fan said they were “happy” for the newlyweds, but argued that “liturgical garments used during mass are not something fashionable.”

One person even said they were “offended” by Kardashian’s short gown. “I’m just going to say it point blank. Kourtney Kardashian’s use of the Blessed Mother in her outfit(s) during her wedding weekend was extremely offensive to me as a Catholic … I have a right to feel offended by it,” they wrote on Twitter.

Barker, for his part, previously told Vice he was raised Catholic. “I got the Virgin Mary tattooed on my foreman when I was 18, 19. And I was brought up Catholic,” he said in a November 2015 interview. “I definitely pray; I believe in God. I definitely think I was blessed … So I’m not at church every day and I’m not pushing religion on people. But I believe in God and I pray and my kids pray.”

I mean… Travis was not dressed as the pope! Kourtney wasn’t wearing a nun’s habit. Are Catholics really bothered by this? Kourtney’s Mary veil was actually based on one of Travis’s tattoos. All of their wedding clothes were made by “good Catholics” Dolce & Gabbana. While I didn’t care for Kourtney’s wedding dress either, that was mostly because I hoped she would at least go slightly more traditional. This is her first real wedding, after all. Then again, I thought everyone in that family looked tacky as hell. 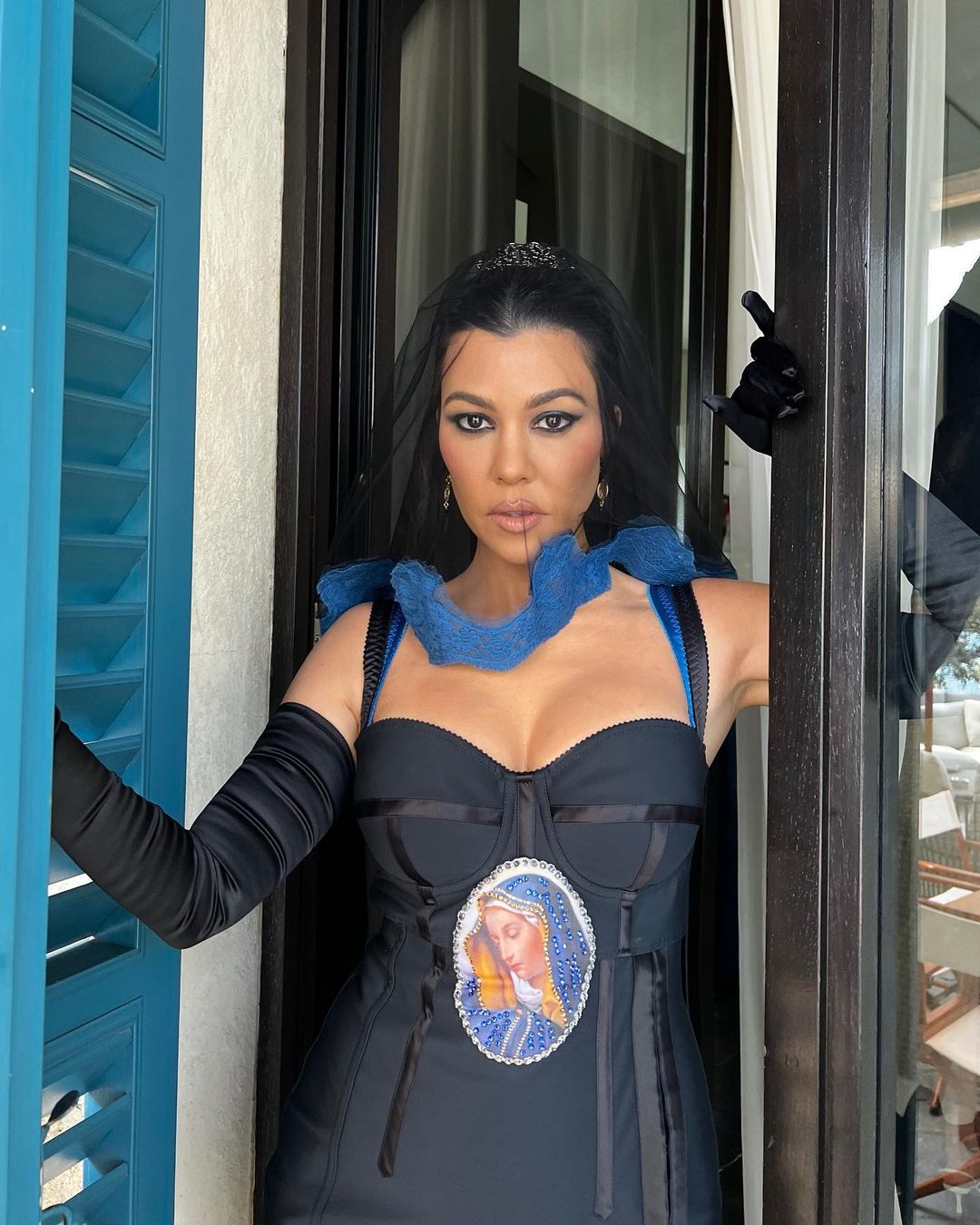 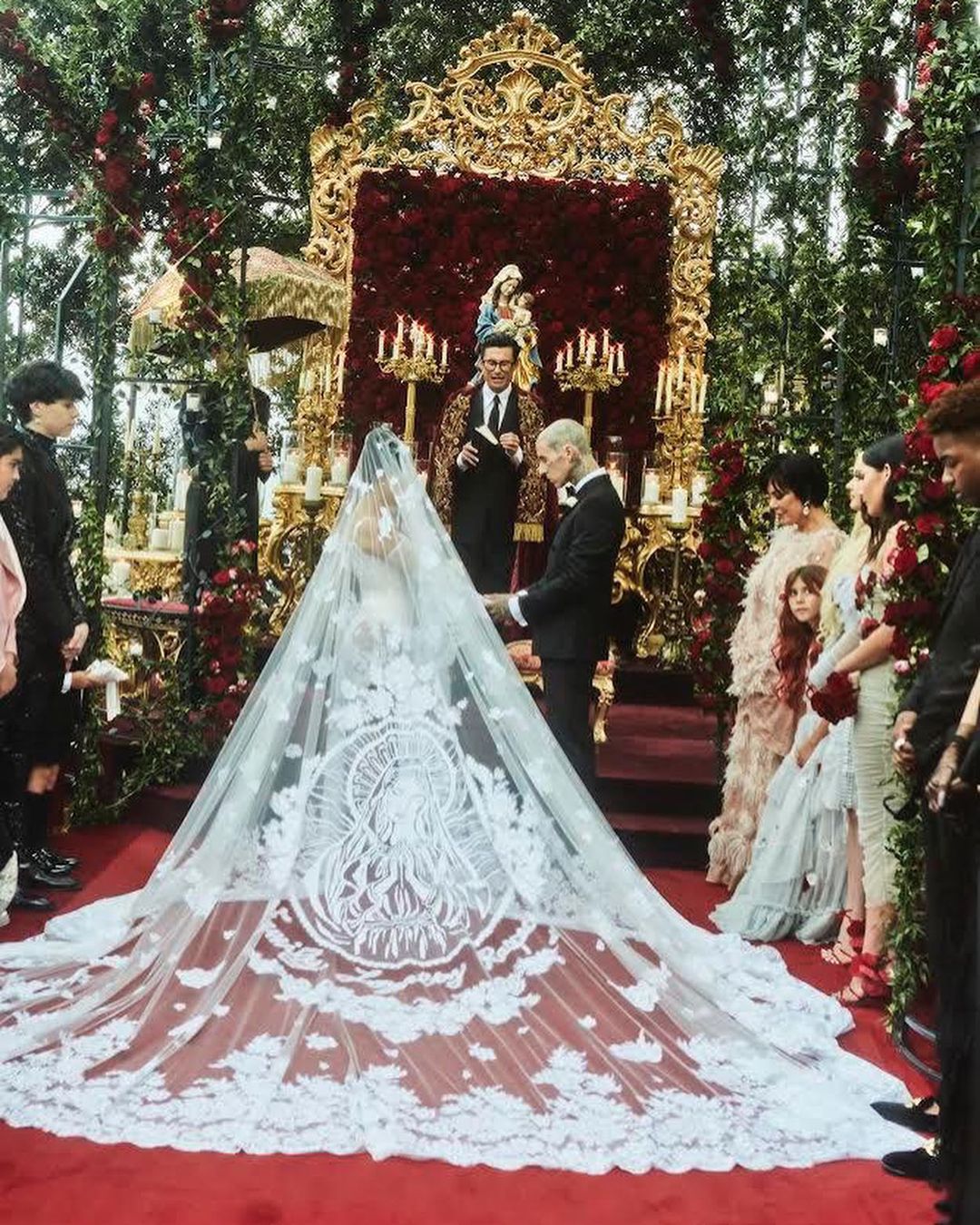 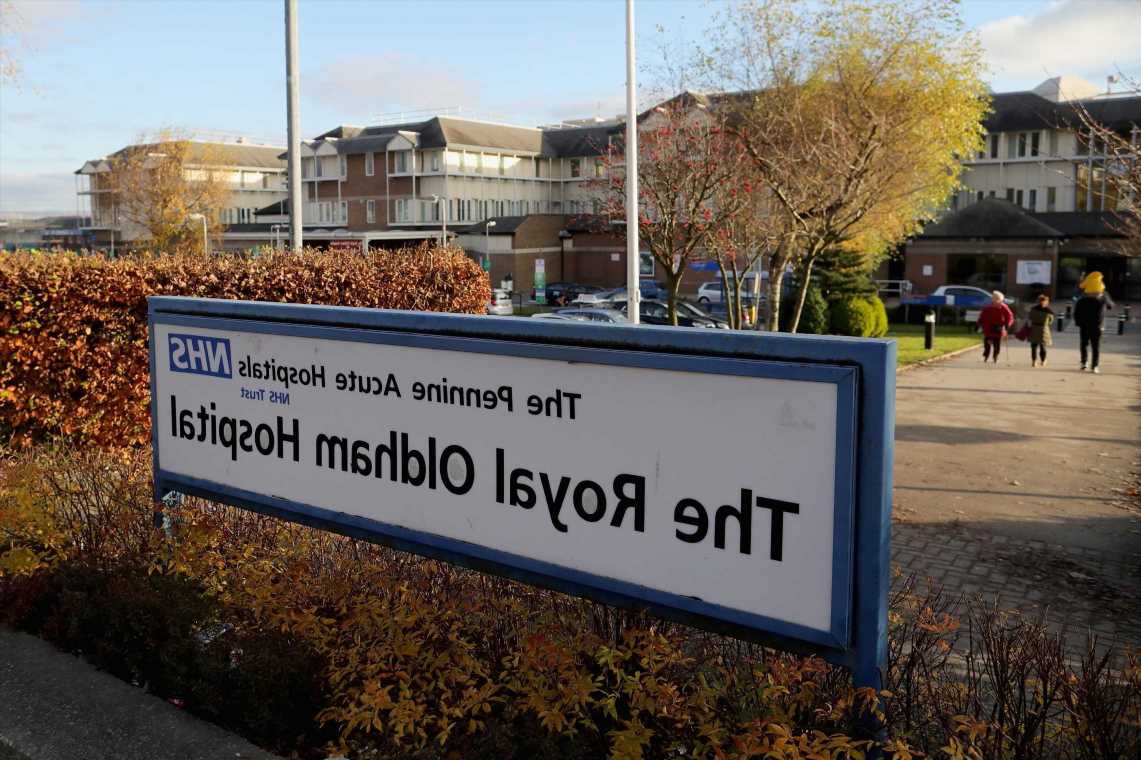