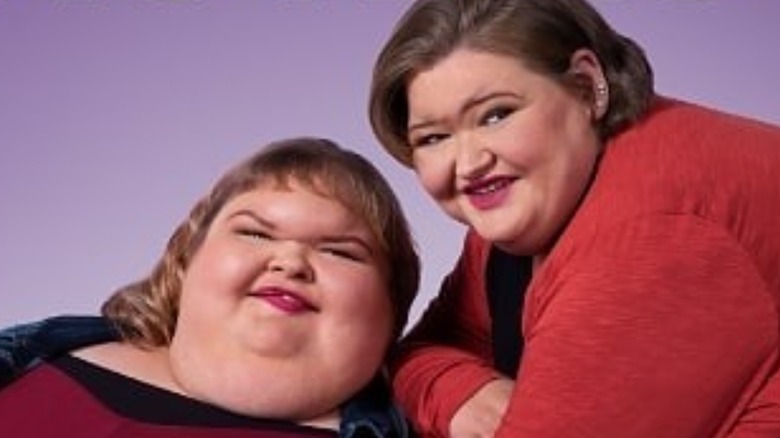 Amy and Tammy Slaton, the stars of TLC’s “1000-Lb Sisters,” have stayed busy since the show’s debut in January 2020 (via IMDb). The series follows the sisters, who together weigh close to 1,000 pounds, as they deal with the challenges of daily life as obese people and attempt to lose enough weight to qualify for bariatric surgery. The sisters’ openness about their struggles made them easy to root for. In a particularly raw Season 1 moment, for example, Tammy, who weighs considerably more than Amy, yells, “Try being my size, Amy! You don’t know how it is” (via YouTube).

Before becoming household names, the Slaton sisters had already achieved a level of notoriety thanks to their YouTube Channel, “Amy Slaton-Halterman,” which currently has more than 450,000 subscribers. Though the channel is under Amy’s name and now features many videos of her newborn son, Gage, born November 2020 (via Distractify), the channel’s most successful videos feature the two sisters together. In fact, it was one video in particular of the Slaton sisters that caused them to go viral.

The 1000-Lb Sisters' YouTube channel went viral from this challenge 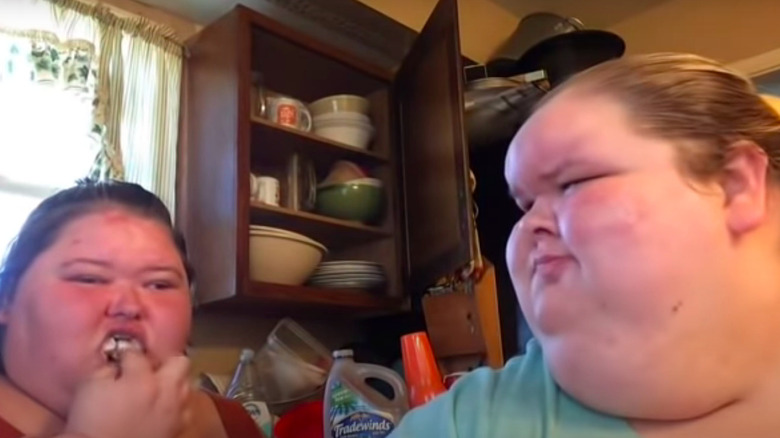 The Slaton sisters’ YouTube channel features a number of videos including makeup tutorials, beauty hauls, and giveaways, but it was their video participating in the “Chubby Bunny” challenge that garnered more than two million views. The challenge consists of stuffing as many marshmallows in your mouth as possible, without chewing or swallowing, while attempting to say the phrase “chubby bunny” (via YouTube). Amy made it to a respectable 21, while Tammy won the challenge with a whopping 29 marshmallows! (Note: attempting this challenge has been proven to increase choking risks.)

After making a name for themselves in the YouTube community, the sisters went on to build their subscriber base with more popular hits, including the channel’s most watched video, “The Power of Makeup,” which currently has more than 7 million views (via YouTube). The video features Amy covering half of her face in beauty products to show how makeup transforms us both internally and externally.

Since cutting out “sody pops” and fried foods, the Slaton sisters appear to be on the right track toward their goal weights. In a 2020 interview with In Touch, the sisters revealed that they now satisfy their cravings with “healthy alternatives.” We hope they continue with the lifestyle change and stick around to bring us many more years of YouTube gems like these!

Tags: About, didn’t, Know, THE, What, You
Recent Posts