When Brody Jenner and Kaitlynn Jenner broke up in August, fans were shocked to see the Hills: New Beginning couple go their separate ways. Carter even made more headlines when she was spotted hooking up with Miley Cyrus not long after the split.

Carter and Cyrus have since broken up as well, but how have things been on Jenner’s end? Has he dated anyone since the breakup or has he remained single? Here’s what we know.

Brody Jenner and Kaitlynn Carter were together for six years 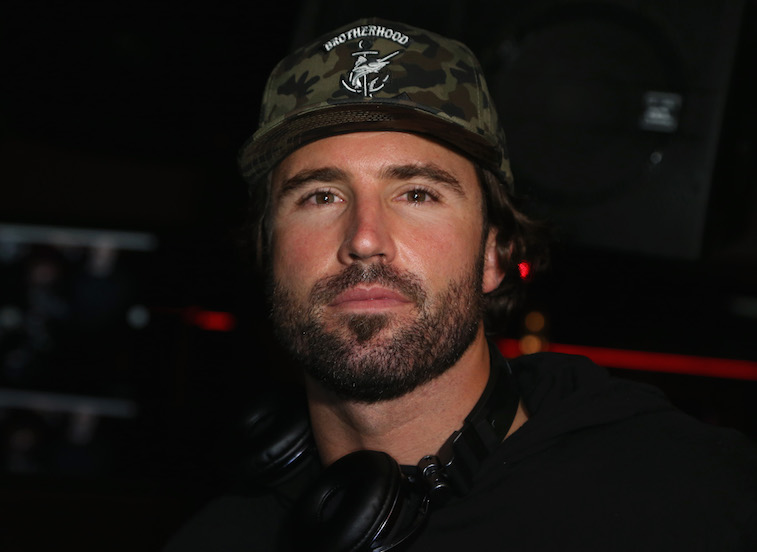 Jenner and Carter first met in 2013 at a party. According to Carter, she was smitten by Jenner early on. She shared: “He was really honest about what he wanted, no messing around, and I found that really charming and refreshing.”

The two of them soon began dating sometime in the fall of 2013. Then, they got engaged in May 2016 and “married” in 2018 in Bali, Indonesia. Despite having a wedding ceremony, Jenner and Carter never legally wedded in the United States, though they have maintained that they believed their marriage was real.

However, about a year after the wedding, Jenner and Carter decided to split up.

While no one likes to hear that onlookers predicted their relationship would fail, the truth is that many cast members on The Hills: New Beginnings did have doubts about whether Jenner and Carter would last in their “marriage” or not.

For example, on the show, fans saw that people around Jenner and Carter questioned whether they were monogamous or not. Meanwhile, both Audrina Patridge and Ashley Wahler admitted that the cast and crew knew that things would not work out for the couple.

Brody Jenner and Kaitlynn Carter admitted that they ‘grew apart’

Happy 1 year to my rock @kaitlynn_carter. Beyond lucky to have you in my life.

Ultimately, it does not seem as if either Jenner or Carter did anything wrong. After breaking up, Jenner spoke up about his relationship with Carter, saying that she was “a wonderful person,” but the two of them simply “grew in different directions” during their time together.

Carter confirmed this in an essay recently released by ELLE. She wrote of Jenner: “He became my best friend, and together we had all the fun the world had to offer. Eventually though, after years of constant ‘excitement,’ we found we’d done as much growing apart as we’d done growing up. I began to spend a lot of time traveling on my own or with friends, quietly mourning what I knew in my heart would soon be the end of my marriage.”

There also does not seem to be any bad blood between Jenner and Carter. Jenner said that he still considers Carter to be one of his best friends and has done nothing but shown support to her amidst their breakup.

Brody Jenner had a brief relationship after splitting from Kaitlynn Carter

After their breakup, Jenner began dating model Josie Canseco, who is also the daughter of former baseball player Jose Canseco. The two of them made their relationship Instagram-official in early September.

However, just two months after dating, it was reported that Jenner and Canseco had called it quits. A source told E! News in late October:

“Brody basically broke it off with her because it was getting too serious and he didn’t want the pressure of a new relationship. Josie wanted a lot from Brody and was eager about the relationship. Brody has been busy traveling for his music and is trying to focus on himself. He wasn’t ready for a big commitment and wants to have fun.”

Carter’s relationship with Miley Cyrus also reportedly ended for the same reason, but Cyrus was the one who initiated the breakup.

Related posts:
Tags: Brody, Dated, Has, Jenner, Sin, Who
Recent Posts
We and our partners use cookies on this site to improve our service, perform analytics, personalize advertising, measure advertising performance, and remember website preferences.Ok