Several say the pandemic helped them develop closer relationships with their children and become better parents.

Karen Pomerantz, left, of Portland, Ore., discovered that both of her children, including her daughter, Zoey, right, became especially imaginative during the pandemic. Credit…Ricardo Nagaoka for The New York Times 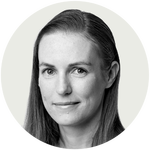 It was Thanksgiving morning when Serena, 7, announced: “2020 was a good year.”

Her mother, Hallie Palladino, was taken aback. For Palladino — and most parents — 2020 was starting to feel like a long, exhausting layover with no connecting flight.

Their family would be spending Thanksgiving without grandparents or cousins for the first time ever. School had been closed for most of the year, and for Palladino’s two kids, remote learning had been a “total disaster.” Playgrounds were off limits, summer camp was canceled and Palladino’s career as a playwright was on hold.

But she didn’t say any of this to her daughter.

Instead, she asked, “What about it was good?”

Serena began ticking off the benefits of quarantine: family movie nights, playing video games with her brother and spending extra time with Dad.

Her mother felt relieved. Amid all the difficulties, she said, “being together was enough” for Serena.

“My grandfather used to say, ‘We make our own luck.’ This year, my daughter has taught me we also must make our own good,” Palladino, 41, said.

We asked parents like Palladino what they’ve learned about their children, as well as themselves, during the pandemic. These families were, on the whole, very fortunate — they were able to meet their basic needs and many could work from home. Even so, this was one of the toughest years they had experienced. And it was also one of the most revealing. Lockdown helped them develop closer relationships with their kids and become better parents.

Here are some of their takeaways. 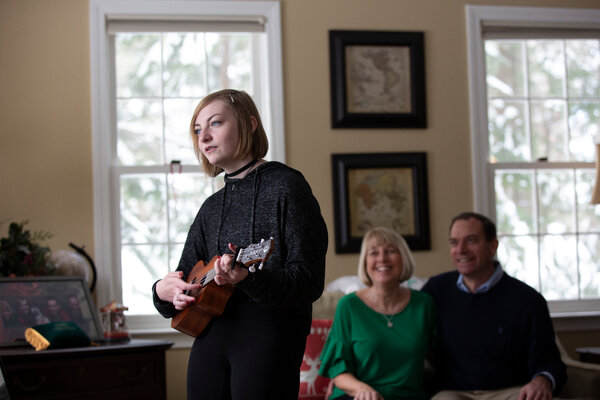 Simple gestures can lift each other up.

Larissa Lee, 53, whose husband of 28 years died of Covid-19 in May, said her five children helped her learn “not to be bitter about things we can’t control.”

She wanted to ignore the holidays entirely, but her children encouraged her to celebrate Thanksgiving together at their home in Rahway, N.J., because that’s what her husband would have wanted. The kids decided that the youngest son, Dmitri, 18, would sit at the head of the table. One of his older brothers, Vladimir, 20, carved the turkey.

Lee and her children have also found solace in little doses of normalcy like playing cards and board games, listening to music and cooking together, she said.

“That resiliency has been helpful for me because it would have been easy for me to wallow and feel sorry for myself,” Lee said.

Other parents marveled at the strength their children showed while coping with school closures and less time with friends.

Clare O’Brien of Westford, Mass., 54, described how her daughter, Aileen, 15, started singing and composing music on her ukulele this year, despite never having taken any lessons. Then, much to her parents’ surprise, she fought past self-doubt and shared one of her songs on YouTube, a sweetly vulnerable performance about how tough times are temporary.

“She had struggled last winter with anxiety and we were afraid that eliminating school and time with her friends, which had been her lifeline, would cause her to falter even more,” O’Brien said. “Instead, she reached out to support others through her music.”

Aileen taught her parents that taking the time to brighten someone else’s day can help others focus on the positive and feel less alone, O’Brien said.

For Anna Thompson, 38, of Round Rock, Tex., 2020 was marked by two uneasy milestones: her first panic attack, and the first time the layers of her “perfect-mom-ideal came unglued,” exposing her “inner mess.”

While she’s grateful that her family is healthy, she has been much more stressed than usual. Thompson has been running the child care center that her three children attend and helping her older kids, 6 and 8, with distance learning.

When the panic attack happened, she spoke openly with her children about it. And she noticed that becoming more honest about her feelings helped normalize those kinds of emotions for her kids, she said.

“I didn’t expect them to find healing in my mess, and yet, they have somehow,” Thompson said. “I feel less like I’m performing a role as a mom and more like I’m just being a mom, if that makes sense.”

Megan Shea, 43, of Mount Laurel, N.J., also discovered that her children, ages 7 and 10, craved honesty, and were hungry for information about what they were observing during the pandemic

Two weeks into lockdown, they had their first conversation about Covid, she said, and over the next six months they spoke about subjects as varied as life and death, racial inequality and the U.S. government.

Earlier this year, before Shea started working from home, these conversations probably would not have happened because she had been spending much less time with them. She recalled arriving home from a business trip one night in early March at around 11 p.m., and sobbing in her car. “I realized that if I didn’t make a change I would never really get to know my kids,” Shea said.

There’s no one-size-fits-all solution to how children learn.

LauraMarie Coleman, 42, who lives in Apalachin, N.Y., said that her two kids are “struggling immensely” with virtual learning.

“It is very apparent that what made them successful before was the in-person interactions with teachers,” said Coleman, whose children, 11 and 13, both have dyslexia.

Raye Varney, 56, of Tucker, Ga., said that her youngest daughter, a high school senior, “completely falls apart in online learning” because she can’t find a way to focus.

And Erica Baker, 48, who lives in Halifax, Nova Scotia, said that her family was in “survival mode” while her three boys attended school online. When in-person school resumed in the fall, her youngest, who is 9, suddenly “became himself again” and seemed more independent and socially engaged. Her middle child, 15, started smiling and joking more often. And her oldest, 16, who is in 11th grade, once again became an “enthusiastic, conscientious, goal-oriented student.”

On the flip side, some parents discovered that their children finally found equilibrium during remote learning or home-schooling.

Katrina Donovan, 42, of Winthrop, Mass., for instance, said that her 9-year-old son, who often acts out and struggles with regulating his emotions, found online learning challenging at first. But now that he’s in the groove, he’s excelling academically.

“Less social interaction with other kids eased his anxiety,” she said. “Being able to launch into a basketball game with Dad the minute school ended reduced his aggression.”

Karen Pomerantz, 41, of Portland, Ore., said that her kids, Zoey, 9, and Auggie, 5, didn’t need much to entertain themselves this year.

In their pre-pandemic life, Pomerantz and her husband always felt pressured to rush their kids off to enriching and fun places and activities, like children’s museums and soccer, dance and exercise classes, Pomerantz said.

But now that those activities are off limits, she added, her kids are happy playing for hours with items they find around the house. One day they colored toilet paper rolls and decorated them with feathers and beads, then used them to assemble an elaborate “parking garage” that spanned the length of their living room. Another day, they drew pictures and hung them in the family’s TV room to create a “museum.” They filled the wall with drawings and asked their parents to buy tickets to see the artwork.

If they weren’t sequestered at home together, this kind of project never would have happened, Pomerantz said. Instead, she added, “we would have been schlepping around,” going to a play date or some other activity.

Although her kids still fight with one another, they’re now playing together peacefully more often because they have to.

“While we are all itching for a return to normalcy, I’m hoping that this lesson will stick around,” she said.