We check in with Pancho, Maria and Abel to hear how they’ve been doing since we recorded Tuesday’s episode. 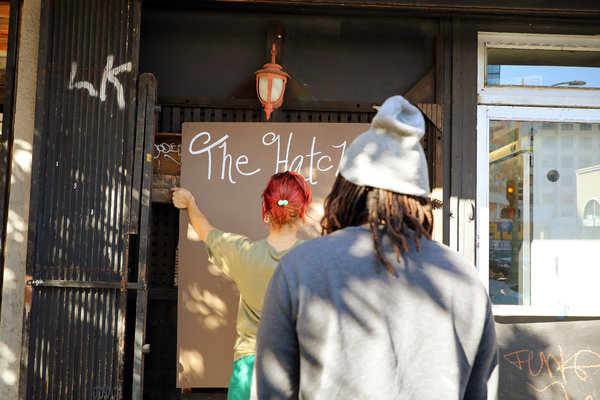 Listen: “How a Small Bar Battled to Survive the Coronavirus”

This week, The Daily aired an episode about my local bar. Since March, I had followed the staff of the Hatch, a laid-back hideaway in downtown Oakland, Calif., to understand the economic and emotional impact of the coronavirus shutdowns.

The episode chronicled the challenging journeys of the owner, bartender and cleaner as they navigated the pandemic. After it aired on Tuesday, I received a flood of messages from listeners wanting to know how the staff was doing and whether they could help.

So I called up the story’s subjects for an update.

The bar’s owner, Louwenda “Pancho” Kachingwe, answered his phone just after 10 p.m. on Wednesday. (We had developed a habit of chatting at odd hours.) He was still at work, alone, outside the bar, building a patio on the street.

The city of Oakland had promised to shut down the street and give the Hatch space for extra outdoor seating during the pandemic, but months had gone by without action. So he commandeered a few parking spots himself.

It was another example of Mr. Kachingwe’s won’t-quit attitude. Since I’ve started following him, he has faced a monthslong shutdown of his business, a struggle to get a stimulus loan, protests, sick employees, a broken refrigerator, a robbery and wildfire smoke that forced the bar to close again. But he has persevered — and business is now finally starting to improve.

“If I told 2019 Pancho the type of numbers we’re doing, he’d be like: ‘Why are we still open?’” he said on Wednesday. “But in Covid times, this has been pretty good.” He added: “It had been a steady gush of bleeding out. It’s now down to a trickle.”

He said he believed the Hatch could make it through the winter. But he also just hoped for an end to the pandemic.

Maria, the bar’s undocumented cleaner, had lost her job and learned she had cancer while I was reporting the story. When I reached her on Wednesday, she was resting at home. She now mostly went out only for chemotherapy sessions, she said. 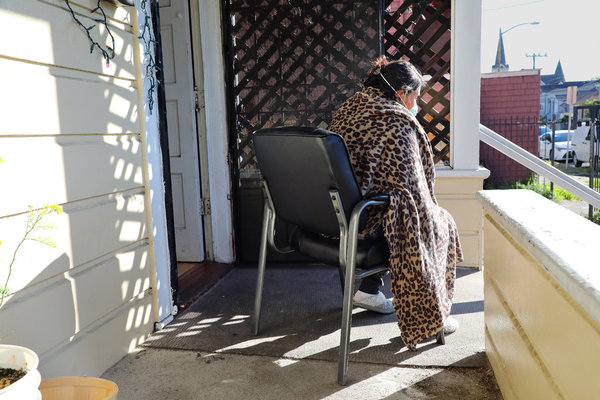 Her family was continuing to scrape by. Her son was finding some construction work, and her stepdaughter was back at her job at a Toyota dealership. Her children, who are U.S. citizens, were able to get food stamps. And earlier donations to the Hatch had helped her pay her rent.

After The Daily episode aired, the Hatch received another flood of donations from listeners wanting to help, some earmarked for Maria. She asked me to pass along a message to those who had donated: “May God give them more than they gave me.”

The final subject of the episode, Abel Oleson, the bartender, had better fortune during my reporting. For several months, he received unemployment checks, fattened by stimulus funds, that roughly doubled his typical pay at the Hatch.

But that money had largely run out, and he returned to work several months ago, where his income was a fraction of what it was. He was now grappling with waves of depression. And his mother, who had been diagnosed with colon cancer months earlier, was struggling with treatment. “It’s late stage,” he said of the cancer. “It’s not a happy stage.”

He and his girlfriend were able to afford rent and food, but not much else, and the days were blending together. “It’s, like, always a slow drag down,” he said. “I honestly wish I had more to say, but I just don’t really see the end in sight.”

Coming up on Sunday

Sam Anderson, a writer for The New York Times Magazine, offers a glimpse of what you’ll hear this weekend on The Sunday Read:

To this day, the most powerful encounter I’ve had with a work of art was the first time I saw, in person, Michelangelo’s David. Like everyone else, I had seen 1 million reproductions of the statue — postcards, T-shirts, mini replicas — so I thought I knew what it looked like. But I didn’t. The real thing is overwhelming: nearly 20 feet tall, the white stone polished so smooth that it seems soft. I couldn’t believe a human being had made it. It looked, to me, like perfection.

Years later, however, I was fascinated to learn that David is far from perfect. It was made from a terrible block of marble (the story of that rock is a whole saga in itself) and its ankles are full of cracks. Scientists warn that these micro-fractures could someday cause the whole statue to collapse.

My essay, “David’s Ankles,” explores all of this: Michelangelo’s dramatic carving of the David, the persistent danger of those cracks, and the way that perfection and imperfection manage to weave themselves together — not only in our art but in our lives. The piece was published in 2016, but I like to think that its themes are still relevant. We are certainly living through a moment in which things we have been taught to think of as solid (democracy, economics, rule of law) have revealed themselves to be fragile and flawed.

Here’s what Laura Kim, a senior editorial manager, is listening to:

She Fed Her Sick Flock During the 1918 Pandemic. Her Legacy Lives On.Written by: Jim Dwyer | Narrated by: Edoardo Ballerini

The Times lost Jim Dwyer, a Pulitzer Prize-winning journalist, to lung cancer on Thursday. I sifted through his prolific body of work to learn more about the beloved writer, and this narrated piece, featuring his great-grandmother, highlighted his roots. In 1918, Jim’s great-grandmother, known as “Nan the Point,” fed her grandchildren at a distance during “the pandemic season of her time,” and his tribute to her and other selfless heroes is moving: “In times to come, when we are all gone, people not yet born will walk in the sunshine of their own days because of what women and men did at this hour to feed the sick, to heal and to comfort.” This was Jim’s last column for The Times.

On The Daily this week

Sunday: On a special episode, our producer Bianca Giaever called up people around the world — from Wuhan to Berlin, Zimbabwe to Syria — to hear them talk about loved ones they’d lost to the coronavirus.

Monday: Following a weekend of conflicting information about President Trump’s battle with the coronavirus, Maggie Haberman and Peter Baker spoke to us about the efforts to control the narrative.

Tuesday: Jack Nicas spent six months following the staff at his local bar, the Hatch, as it navigated the emotional and economic tumult of the pandemic.

Wednesday: What’s the latest on the coronavirus? Donald G. McNeil Jr. explains why he is optimistic about the future.

Friday: On an episode of The Field, we visit Pennsylvania’s former Democratic strongholds. Shane Goldmacher explores why they swung decisively to Donald Trump in 2016 — and how Joe Biden can peel them away.

That’s it for The Daily newsletter. See you next week.

Have thoughts about the show? Tell us what you think at [email protected].

Were you forwarded this newsletter? Subscribe here to get it delivered to your inbox.

Tags: Newsletter, Podcast, S, The Daily
Recent Posts
We and our partners use cookies on this site to improve our service, perform analytics, personalize advertising, measure advertising performance, and remember website preferences.Ok